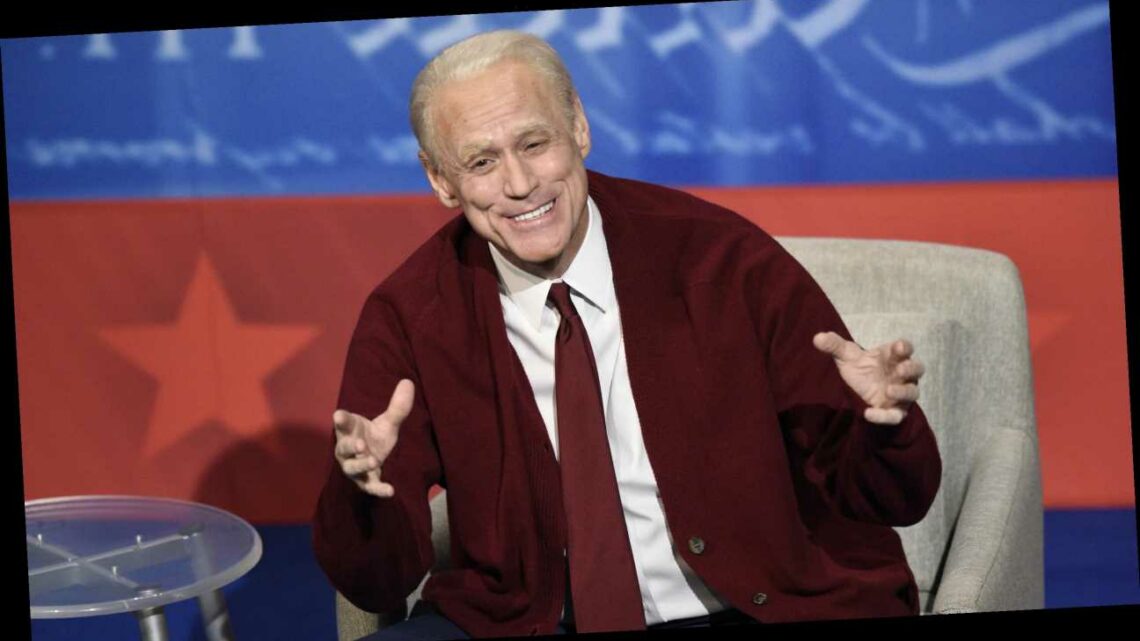 Joe Biden hasn't been sworn in yet and he already has a successor — on "Saturday Night Live."

In its last show of the year, the late-night comedy show revealed that cast member Alex Moffat will soon be playing the president-elect – hours after comedian Jim Carrey announced on Twitter that he was retiring from his short stint as Biden.

"Though my term was only meant to be 6 weeks, I was thrilled to be elected as your SNL President…comedy’s highest call of duty," Carrey tweeted earlier Saturday. "I would love to go forward knowing that Biden was the victor because I nailed that s—. But I am just one in a long line of proud, fighting SNL Bidens!"

In Saturday's cold open, Moffat shuffled onto the stage with a cane while wearing an orthopedic boot — just like the one the real-life Biden began sporting after suffering a hairline fracture in one of his feet, reportedly while playing with his dog.

Moffat's Biden then dropped the cane and did a somersault in the style of Willy Wonka.

"I’m like Colonel Sanders, every time you see me I’m a different guy," Moffat replied. "There’s a good chance this time next year I’m going to be Mario Lopez."

Vice President-elect Kamala Harris, played by Maya Rudolph, said she insisted Biden get immunized against the coronavirus as soon as possible because she’s worried about him.

"Especially since you’re already in a cast on day minus-40 in office," she said.

Moffat’s Biden reminded Americans they are about "to have a real leader again" with the "most diverse Cabinet in the history of American politics."

Harris then assured that she would never make Biden specify what he means by "diverse."

"That is my Christmas present to you, America," she added.

"Or if you celebrate Kwanzaa," Moffat suggested, referencing the African-American holiday that begins next weekend.

The cold open focused on Bennett’s Pence getting the coronavirus vaccine on camera. "I’m sure all Americans are excited to see me, the guy who let COVID spread everywhere, get one of the first vaccines," Bennett said.

Moffat has portrayed a number of other newsmakers, including Eric Trump, Mark Zuckerberg and U.S. Sen. Chuck Schumer of New York, who he actually ran into in the city earlier this month.

Who is DAZN boxing presenter Kate Abdo and why did she leave Sky Sports News?