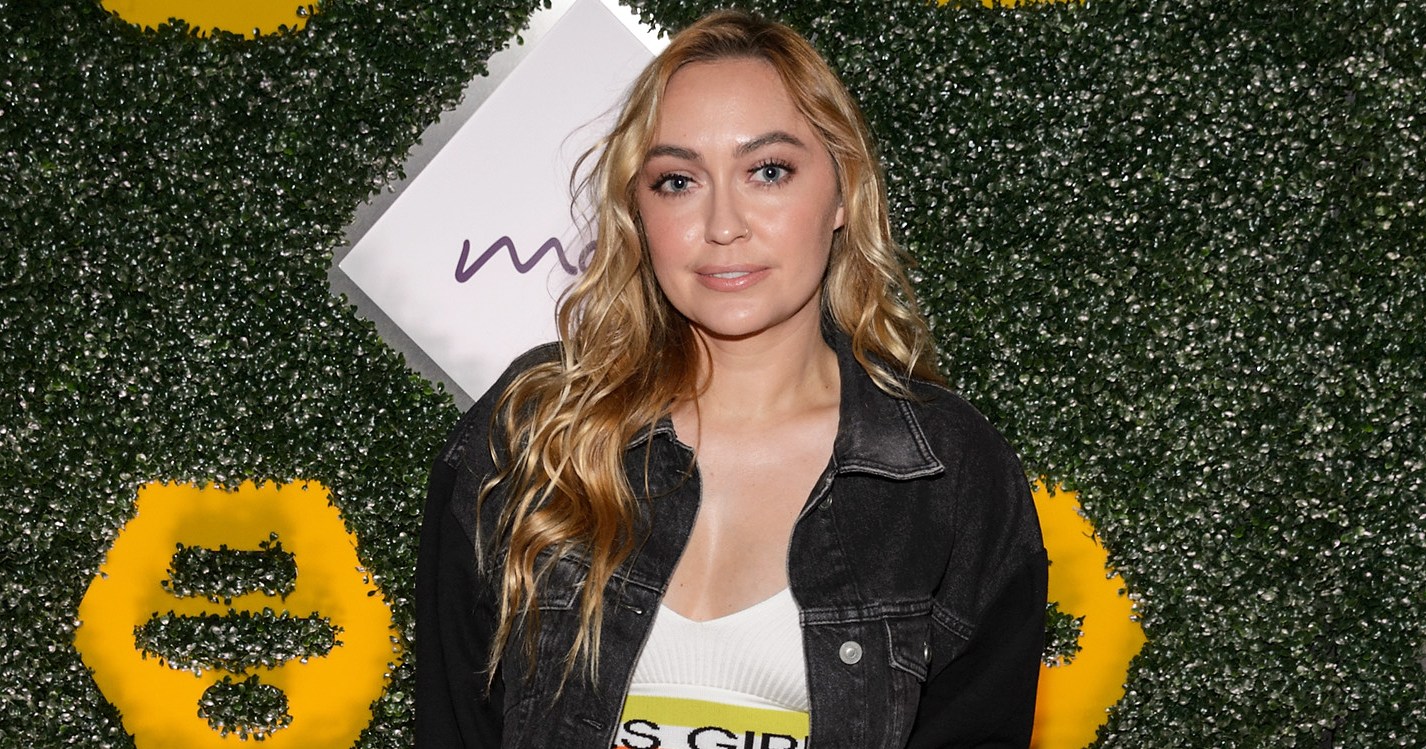 The wait is over! Miley Cyrus confirmed her marriage to husband Liam Hemsworth on Wednesday, December 26, and her older sister, Brandi Cyrus, couldn’t help but share her excitement.

“Secrets out!!” the 31-year-old “Your Favorite Thing” podcast host wrote on a screenshot of the couple’s wedding picture. “So happy for you guys! Been a long time comin’”

Brandi concluded the post with a simple: “Love you both.” 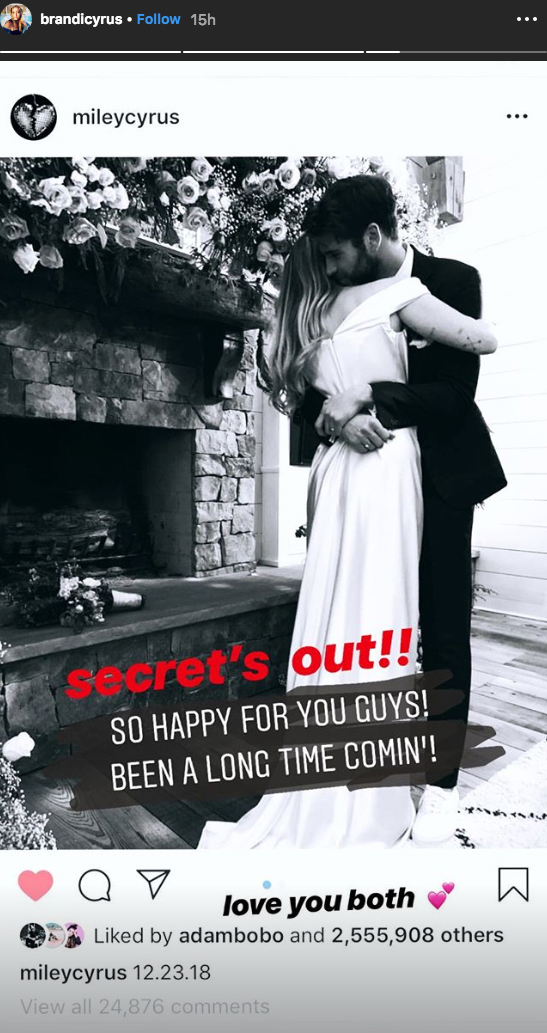 Earlier that same day, Miley took to social media to announce their happy news just two days after speculation began that the pair had tied the knot when photos and videos that seemingly showed a wedding celebration surfaced.

“This is probably our one – millionth kiss ….” the “Party in the U.S.A” songstress wrote on the first of four black-and-white pictures on Instagram from their wedding day. “12.23.18,” she added on the next which shows her and the Australian actor, 28, embracing in a hug.

“10 years later …..” she added on the last photo, referring to their decade-long romance.

Hemsworth, for his part, took to Instagram sharing a photo gushing over his newly-minted wife. “My love,” he wrote.

The pair appeared to have a blast at their nuptials which took place at their Tennessee home. Following their public announcement, the Hannah Montana alum posted a video of herself dancing in her gorgeous Vivienne Westwood wedding gown.

The Nashville native got down to Mark Ronson and Bruno Mars 2014 hit song “Uptown Funk,” and the Thor star joined her for a brief second to goof off and stick out his tongue.

After meeting in 2008 on the set of the film adaptation of Nicholas Sparks’ The Last Song, the couple began dating and got engaged in 2012 but split in 2013. They later rekindled their relationship in 2016.

Sparks, 52, gushed over the couple on Twitter, writing, “This makes me so happy. Congratulations @MileyCyrus and @LiamHemsworth.”

U2 Members Busked For Charity On Christmas Eve

You Can Only Grieve So Much
World News