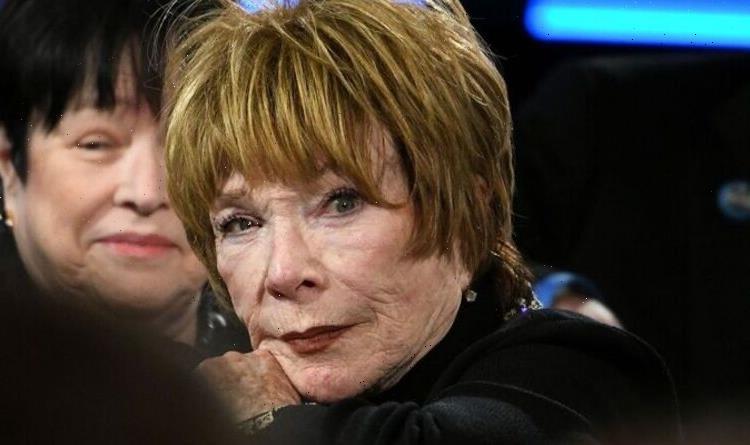 The Virginia-born actress is one of Hollywood’s greatest living stars, known for her ability to effortlessly portray a range of eccentric and headstrong characters. Her seven-decade long career has seen the now 88-year-old amass a huge collection of industry awards, including an Academy Award, a Primetime Emmy Award, two British Academy Film Awards, and six Golden Globe Awards. She is perhaps best known for her Academy Award-winning turn in the heralded 1983 comedy Terms of Endearment, and her first major breakthrough role in Around the World in 80 Days, in 1956.

For a star who has spent so long in Tinseltown, the stories of her life are often incomparable to her contemporaries, particularly one anecdote she shared recently regarding her sex life.

The Downton Abbey star told the Daily Mirror in 2012 how she had bedded two prime ministers in her lifetime.

Speaking at the time, Ms MacLaine said: “I had many love affairs and a lot of awful lovers.

“I wasn’t into ‘sexscapades’, but I did try it once.

“It was during a political campaign where everyone was doing the same thing. So I didn’t want to be left out. I had sex with three men in one day. It was stupid and it brought me no satisfaction.”

She admitted that she had always “found male actors very intriguing” and reportedly told some of the cast on Downton Abbey that she “fell in love with someone on every picture I made for the first 30 years”.

JUST IN: Sir Michael Parkinson admits to falling in love with film stars

Among these was a three-year relationship with Hollywood legend Robert Mitchum, as well as a six-week “crush” on Dean Martin, the Rat Pack and crooning legend.

There were however some actors she had been linked with that Ms MacLaine admitted she had never fallen for, namely Jack Lemmon and Jack Nicholson.

In 2011, she told Oprah Winfrey: “I wasn’t attracted to Jack [Lemmon]. He was a sweetheart. He was like my Aunt Rose.

“He didn’t have that dangerous, complicated, sexual-dominating confusion that I liked helping the men I was attracted to to figure out.

“I guess I liked the dangerous chemistry if it was controllable. His isn’t. He is authentically dangerous.”

While Ms MacLaine appeared to share chemistry with many of her colleagues and co-stars, one who she didn’t share a fond affection with was Welshman Sir Anthony Hopkins.

The pair shared the screen in the 1980 film A Change of Seasons, a movie that was nominated for three Golden Raspberry Awards at the inaugural ceremony.

After the film’s release, Sir Anthony said: “She was the most obnoxious actress I have ever worked with.”

It was a view shared by fellow industry man and director Don Siegel, who once claimed: “It’s hard to feel much warmth for. She’s too unfeminine and has too much balls.”

Years later, in 2014, Ms MacLaine was asked about her relationship with Sir Anthony, but simply replied: “I didn’t like him either.”