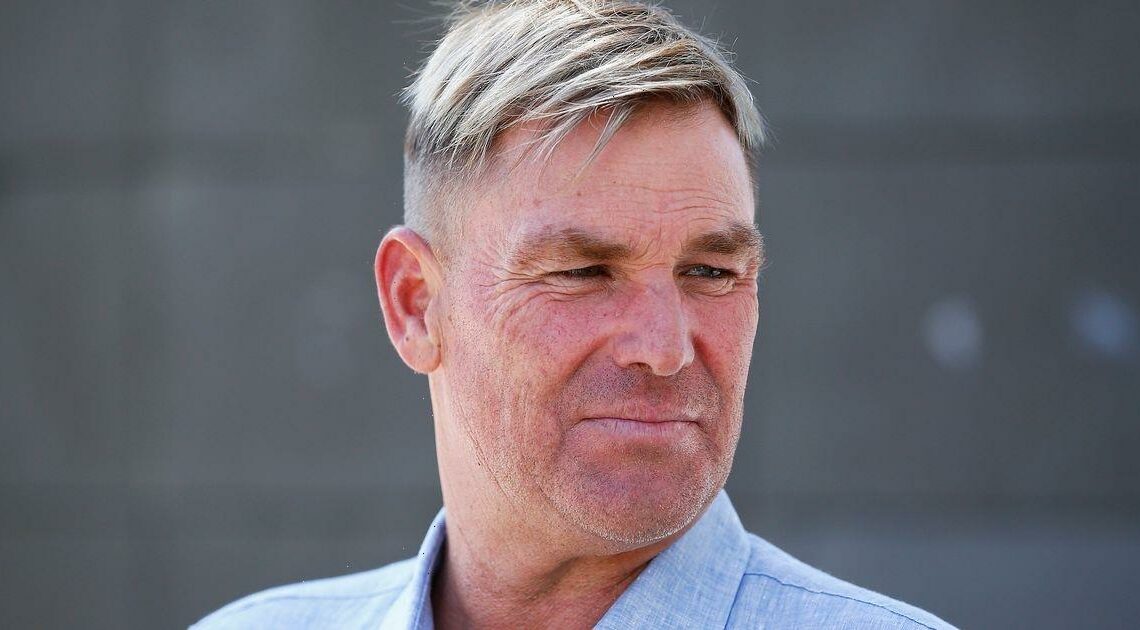 Shane Warne began his final journey back home on Thursday after his coffin left Thailand to fly back to his home country of Australia.

A state funeral will be held in Australia on 30 March for the late cricketer, who died suddenly of a suspected heart attack on 4 March while on the Island of Koh Samui in Thailand,

Shane’s coffin – which was seen draped in an Australian flag – was reportedly transported out of Don Mueang Airport in Bangkok on one of millionaire wine management entrepreneur Terry Peabody's charter jets.

Mounds of tributes have been placed by fans next to the statue of Shane that stands outside the Melbourne Cricket Ground in Australia, since the sad news of his death was announced.

Members of the public will get to pay further respects at the state funeral held for Shane, which will allow as many fans as possible to join together in honouring the late cricketer at Melbourne Cricket Ground.

It is thought that a private ceremony will also be held for the sport star's close family and friends as early as next week possibly. “There's nowhere in the world more appropriate to farewell Warnie than the 'G,'" Australian MP Daniel Andrews said of the upcoming memorial service this week.

“There will be no limits on crowds and that sort of stuff. 'It will be a very big event, it will be a celebration of his life as it should be.”

Those hoping to attend the state funeral will be required to purchase tickets which will be made available soon and for those who aren’t able to make it, the service will also be live-streamed to the public.

Shane’s final journey back home to Australia comes days after the sport star’s former fiancée Elizabeth Hurley published a loving tribute to him.

The actress shared a series of photos of time spent with her ex partner over the years as she made her devastated feelings clear in her caption.

"I feel like the sun has gone behind a cloud forever. RIP my beloved Lionheart @shanewarne23 ,” Liz wrote.

Her 19 year old son Damian Hurley also posted a tribute to “father figure” Shane as he wrote: “I’m still trying to wrap my head around this…SW was a father figure to me for most of my formative years and was truly one the best men I’ve ever known.

“My heart is broken. Thinking of and sending love to all SW’s family”.