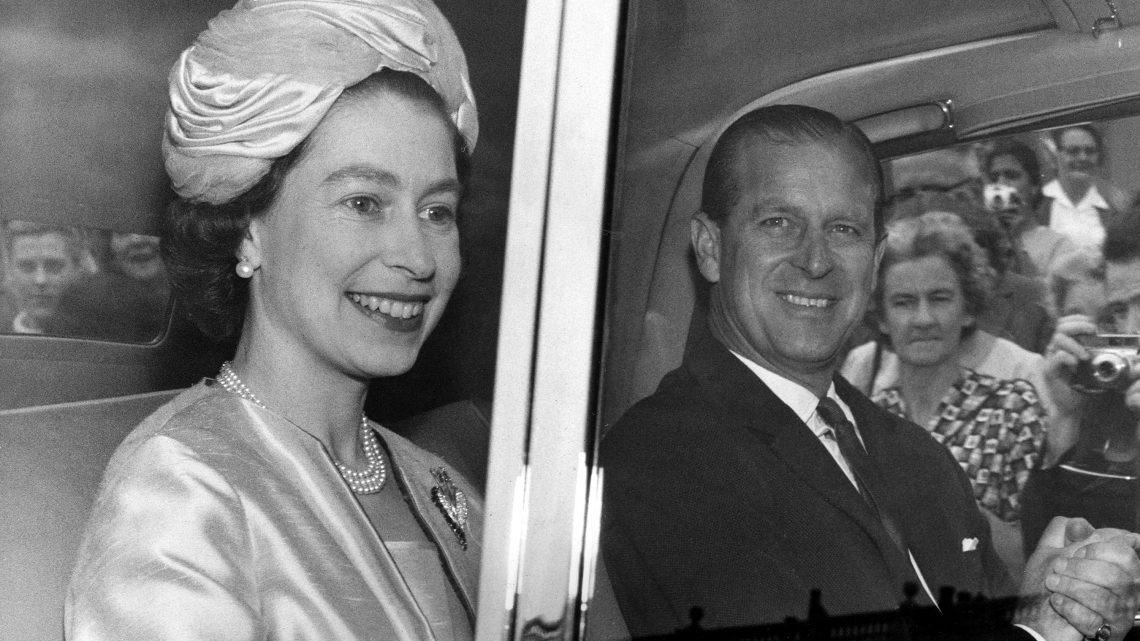 Queen Elizabeth was offered a cup of tea  — or “something stronger” — when she was in a car accident 45 years ago with her husband Prince Philip at the wheel.

Philip, 97, who made headlines for colliding with a Kia car last week, was also involved in a crash near Windsor in 1964, newly-unearthed footage shows.

At the time of the crash, ITN in the U.K. interviewed the man who collided with Philip on the road at Holyport, Berkshire, in the summer of 1964 – and also chatted with a woman from a nearby pub, then known as the Rising Sun.

Mrs. Clark was in the bar when she heard a crash. “I saw a lady sitting in the other car. I went over and said, ‘Are you all right,’ kind of thing, you know, and helped out of the car, kind of got hold of her arm, and helped her out,” she recalled to the ITN reporter.

“She said ‘Yes, I’m alright thank you, how’s the other chap?’ or the ‘other fellow’ or something, it was all a bit confused. And someone said to me, ‘That’s the Queen,’ and I jumped six feet back here and left it at that.”

For more about Prince Philip’s crash in Norfolk, pick up a copy of the latest issue of PEOPLE on newsstands Friday.

Clark added that one of the Queen’s protection officers came in and she recalled how she asked, “‘Would the Queen like a drink of tea or maybe something stronger?’ He said they seemed perfectly all right now. They were waiting for a car to pick them up, so we just left it at that.”

Earlier, the driver of the other car, Mr. Cooper, revealed how the events unfolded. “I started the signal, I pulled in at an angle on the road here, and the next thing I was at the Duke’s car — well now I know it was the Duke — it was coming straight for me.

“Well, I swerved when I saw he was coming straight for me. I pulled over — as you can see by the tire marks — and he swerved and he caught my offside. He pushed me over, right across this road into here.”

Royal author Ingrid Seward, whose book My Husband and I is out now, tells PEOPLE, “He always drove really fast, and she hated it, and he would say, ‘If you don’t like it, you can get out.’”

Are You My Husband?

Donald Trump Is Preparing To Declare A National Emergency To Fund Construction Of The Border Wall, Per ‘CNN’
World News