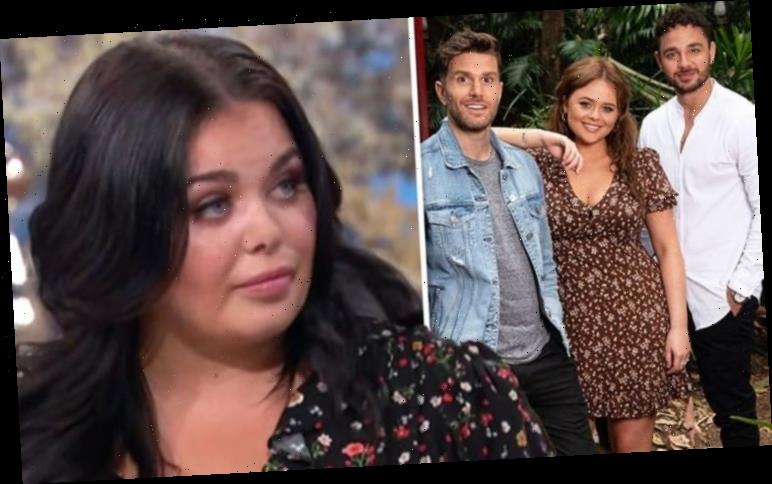 Scarlett Moffatt, 29, has opened up about Emily Atack and Adam Thomas after they stepped in to replace her and Joe Swash as hosts on I’m A Celebrity: Extra Camp this year. The I’m A Celebrity… Get Me Out Of Here! 2016 winner was part of the spin-off ITV2 show’s presenting team since 2017 and announced she would be leaving her role to focus on other projects this year.

Joe on the other hand decided to leave after fronting the series for 10 years in order to spend more time with his family at home after welcoming his baby son Rex into the world with girlfriend Stacey Solomon.

In spite of Scarlett’s departure from Extra Camp, she insisted in a statement that she would “certainly be tuning in” to watch the 2019 series.

It appears the former Gogglebox star has stayed true to her word as she broke her silence on how she thinks Emily and Adam are doing after replacing her and Joe.

Speaking exclusively to Express.co.uk, Scarlett revealed she sent a good luck message to the new presenters before their debut. 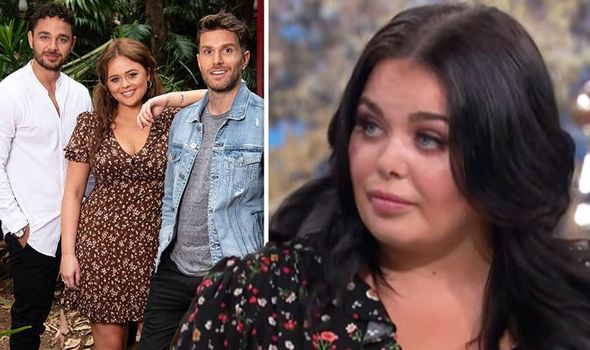 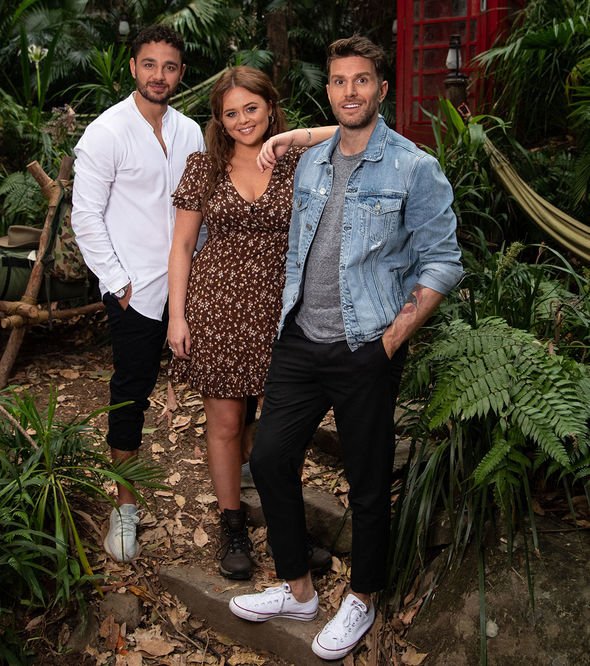 She said: “I was messaging them all yesterday just before the show because we still have a group Whatsapp chat from 2016 which Adam and Joel are in and I was messaging Emily saying, ‘You will do amazing, you will smash it’.

“I watched it and honestly it was very funny, I’m really proud of them.

“Especially Adam because he’s an actor and hasn’t done presenting before, but I thought he smashed it and I was like, ‘See you had nothing to worry about’! His personality shines through.”

When quizzed about whether she is missing working on the show, the Queen of the Jungle admitted she was excited to spend the Christmas period with her family for a change. 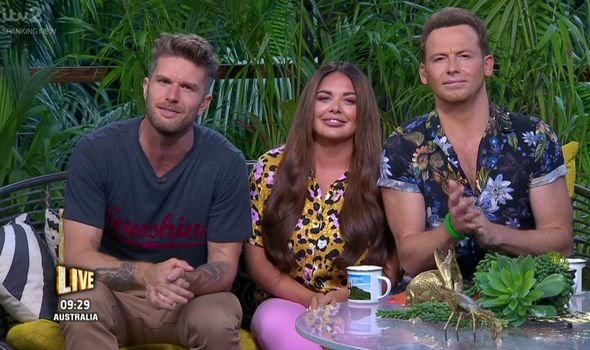 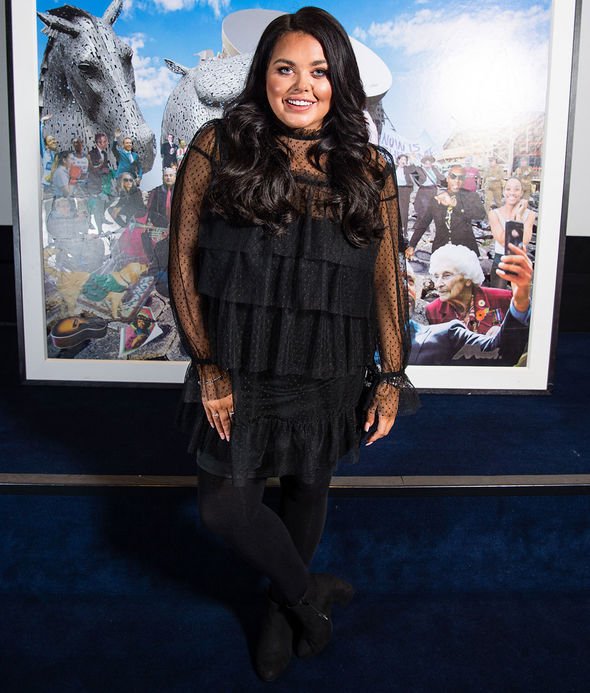 She divulged: “Well because obviously I haven’t had a Christmas properly in three years, it’s really nice being home and being with the family and eating hot food.

“I get to spend a lot of time with my boyfriend and wear oversized jumpers and watch Christmas adverts so I’m living the dream.”

Addressing the differences in experiencing the festive season in the UK and Australia, she added: “You still see those inflatable Santas in Australia but it’s not the same when you’re on a beach.

“Everyone’s getting actual presents this year and not vouchers because when you get back, you’re a bit jet-lagged and everyone just got vouchers from me so it’s nice they have things to open this year!”

Scarlett went on to share some words of wisdom she would offer to this year’s I’m A Celebrity contestants after watching the launch episode on Sunday.

She explained: “I feel like everyone is just being themselves which is good, there’s no pretences there because that’s the hardest part.

“You have to go in there and be your true self because when you’re hangry and tired and covered in bugs and you stink, you can only be yourself and that starts to come through as the days go on.”(sic)

Scarlett is currently taking part in The National Lottery’s 25th birthday celebrations and marked the occasion by helping them break the world record for the largest ever cream tea party back in October.

Speaking about the impact of The National Lottery in raising money for good causes, the star said: “My mum and my friend Claire run a charity called The Angel Trust and it’s for the people in County Durham.

“When I was looking up other ways we could help improve people’s lives, I kept coming across loads of community centres and things that were funded by The National Lottery so I wanted to work with them because they do so many amazing things.

“They’re really lovely to work with because you can see the difference and impact that they make on everyone. I honestly didn’t realise how much they do.”

Discover the positive impact playing the National Lottery has had on your community over the past 25 years by visiting www.lotterygoodcauses.org.uk and get involved by using the 25th hashtag: #NationalLottery25.