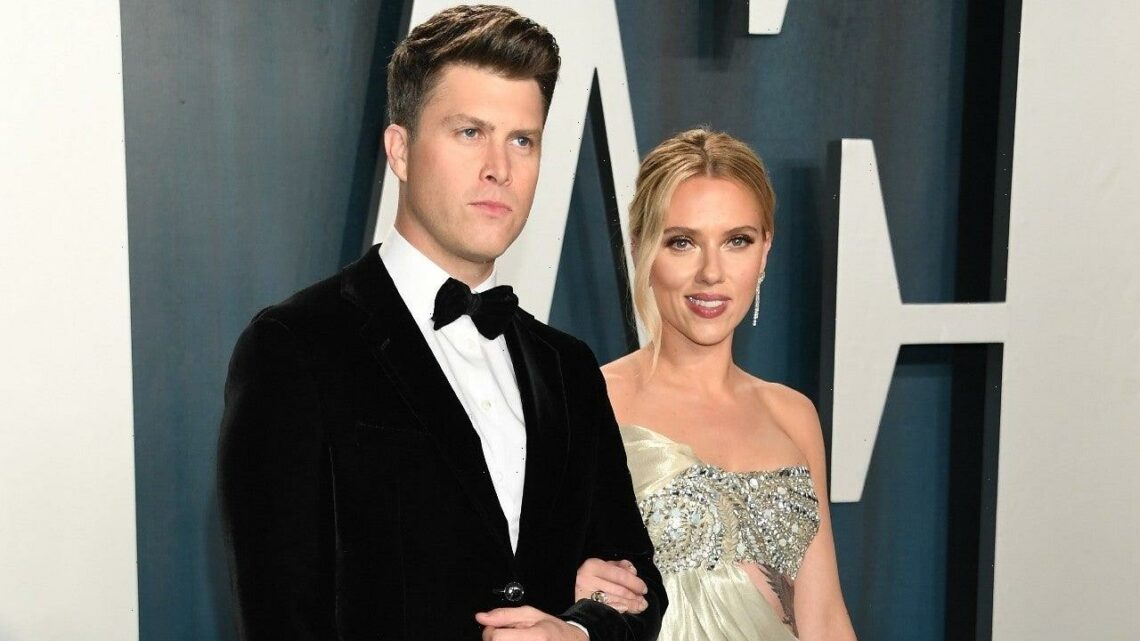 Scarlett Johansson Details Her Wedding to Colin Jost Amid Pandemic

Scarlett Johansson and Colin Jost had a very unique wedding in the middle of the COVID-19 pandemic. Prior to vaccinations being available, the couple tied the knot in October 2020 with family and close friends.

“It was a little stressful,” 36-year-old Johansson admitted of the nuptials on Monday’s Late Night With Seth Meyers. Noting that the 39-year-old Saturday Night Live star had several elderly members of his family in attendance, Johansson explained, “Obviously we wanted to take every precaution that we could. We had the masks made that [said] ‘Josts 2020’ and everybody had to get tested 100,000 times.”

The face masks were given to the guests to keep, with Johansson noting, “It definitely was a weird party favor that could only happen now.”

Ultimately, the ceremony was significantly scaled down, but that didn’t take away from how meaningful it was for the actress and her comedian husband.

“Even though it was small and intimate, it was beautiful, and we were so happy to see people that we hadn’t seen in such a long time,” she shared. “We just felt very fortunate to be able to get together like that. It felt like it was sort of how it was supposed to be.”

One thing Johansson could have done without were the gifts she received from Jost’s Weekend Update co-anchor, Michael Che.

“This whole thing between them with the gifts — it’s hilarious for them and then I get left with this giant junk I can’t get rid of because it’s, like, personalized,” the Black Widow star said exasperatedly. “It’s basically free swag that he didn’t want in his office or in his home and he just ships us his crap and then I have to figure out what to do with it. I hate it. I hate both of them right now. It’s like, what next?”

ET’s Lauren Zima spoke with Jost earlier this year about the wedding and the first year of marriage in these unusual times.

“If you can make it through this situation, it seems like a very good sign,” he shared.