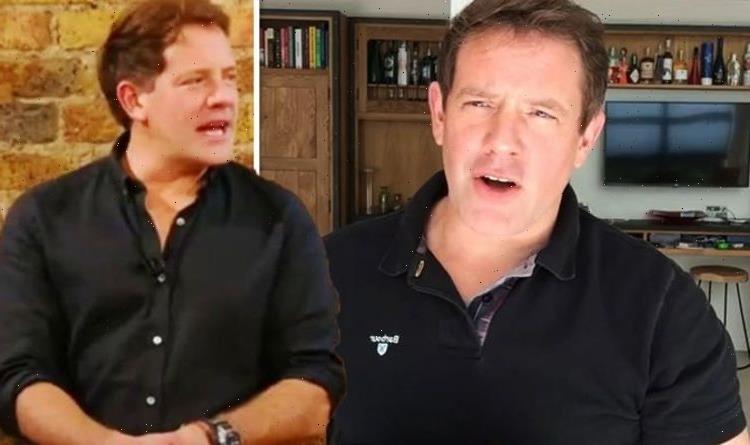 Saturday Kitchen presenter Matt Tebbutt, 47, has opened up about deciding to sell his pub in Wales before landing his presenting gig on BBC weekend cooking show Saturday Kitchen. Speaking exclusively to Express.co.uk, the chef told how he was spending increasing amounts of time away from the pub which he ran with his wife, Lisa, before eventually making the difficult decision to sell the restaurant. Despite being a difficult choice for the star, it was one that saw his TV career go from strength to strength as he took over from James Martin in 2016.

I realised it takes an awful lot of time, effort and love to create something that looks effortless

Matt ran The Foxhunter in Nant-y-derry, Wales, but sold it to take over the coveted role as presenter on Saturday Kitchen.

In 2011, the pub, which is located in leafy Monmouthshire, was put on the market by the chef.

Originally a stationmaster’s house, The Foxhunter was named after the horse ridden by Harry Llewellyn at the 1952 Olympics.

Speaking about his decision to buy the pub, Matt said that it came just at the right time.

The BBC host said: “We bought an old pub in Wales, moved out of London, lived upstairs, did it up and it just happens that it was at the start of that pub movement, so that was rather fortuitous.”

Matt explained that the pub offered a straightforward and “rustic” approach to cooking good food, without the fancy details of finer restaurants.

“People wanted really good food in really simple surroundings, not linen tablecloths, French waiters and what have you, sommeliers,” he added.

“It’s much more rustic I suppose, I always wanted a restaurant like you saw in Europe where the husband was in the kitchen and the wife was out the front and the kids were running around and that’s what we got.”

However, the star detailed that the pub soon took a lot more of his time than he thought, which became a juggling act when combined with his TV work.

Matt went on: “I realised it takes an awful lot of time and effort and love to create something that looks effortless.”

The star told how he was facing half of the week away from his family filming for Channel 4 show Food Unwrapped and Drop Down Menu, while also standing in for James Martin when he wasn’t presenting Saturday Kitchen.

After evaluating his numerous job roles, Matt decided to step back from the pub after nearly a decade at the helm.

He said: “I took a step back from the pub as I was running two careers so I had the restaurant and for a long time, for about eight years, I was away from a Monday to Thursday to do filming for Channel 4.

“Occasionally I was filling in for James Martin on Saturday Kitchen and then running back to the restaurant and doing service,” he added.

The TV host said that his busy lifestyle was unsustainable so made the difficult decision to sell the Welsh pub.

“It became increasingly untenable because you’re running from one job to another and it’s relentless and something had to give.”

Matt went on to detail that after selling the pub he was offered the “life-changing” opportunity to spend six months in South Africa for Discovery Plus, documenting his culinary adventures.

“This Discovery job came along which required me being out for six months and I thought, ‘Well, I really want to do it, it’s a really life changing kind of moment’,” he recalled.

However, four years after selling the business, Matt landed the lead presenting role at Saturday Kitchen in 2016, taking over from veteran James.

“So, we took the plunge, jumped out of the restaurant game and fortunately I got the Saturday Kitchen gig and on we go,” he finished.

Saturday Kitchen is on BBC Two today at 10am.

Four 'Kill the Bill' Bristol protestors are jailed for 14 years