Royally wounded. Sarah Ferguson felt a roller-coaster of emotions after she wasn’t invited to Prince William and Duchess Kate‘s wedding.

Where Do Harry and Meghan Stand With the Rest of the Royal Family?

The Duchess of York, 61, was noticeably absent from her nephew’s nuptials, which took place at Westminster Abbey in London in April 2011. “I didn’t think I was probably worthy to go to their wedding,” Prince Andrew‘s ex-wife told Town & Country in an interview published on Monday, July 26. “I took myself to Thailand, actually, to be far away from it so that I could try and heal.” 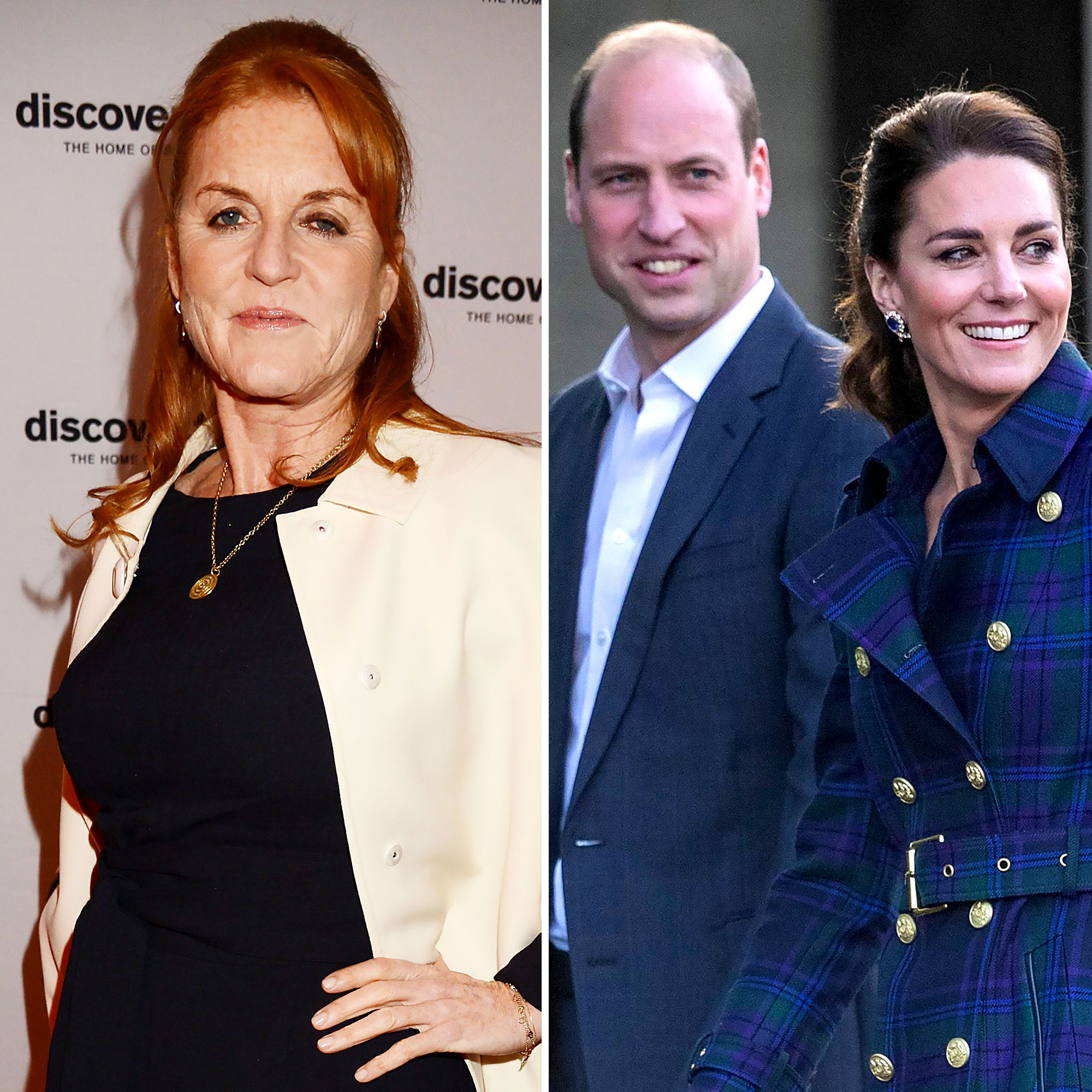 Less than 10 years after the major snub, however, the Her Heart for a Compass author attended Prince Harry and Meghan Markle‘s May 2018 wedding along with daughters Princess Beatrice and Princess Eugenie.

“It was very kind of them,” the Children in Crisis founder told Good Morning Britain of the Sussexes in November 2018, noting that it was “quite extraordinary” to hear crowds of supporters cheering as she arrived at the ceremony. “I can’t thank them enough for doing that because it was nerve-wracking. … I sort of looked around like, ‘Are they doing that for me?’ Then someone went ‘Fergie,’ and it was the old Fergie back.”

The Finding Sarah star faced plenty of ups and downs during her time as a member of the British royal family, which coincided with Princess Diana‘s rise to royal stardom.

Having experienced her own hardships in the public eye, Ferguson has a soft spot for Harry, 36, and Meghan, 39, who announced their plans to step down from their senior roles in January 2020. One month before making their bombshell statement, the former Today correspondent told Vogue Arabia she could relate to the Suits alum’s battle with the British press.

The Crown Couldn’t Save Them! Royal Divorces Through the Years

“I know what Meghan is going through,” she said in December 2019. “It must be hard for Meghan, and I can relate to her. I believe she is modern and fabulous. She was famous before. She is great. Why can’t Meghan be great? Why can’t she be celebrated? … I have been in Meghan’s shoes, and I still am. There’s always a twist of negativity and it just gets so sad and tiring; it’s hard and mean.”

At the time, Ferguson felt “desperately sorry” for what the couple was experiencing. The extent of their struggles wasn’t revealed until earlier this year when they sat down for an emotional tell-all with CBS after confirming they wouldn’t be returning as working members of the royal family.

“I just didn’t see a solution. I would sit up at night, and I was just, like, I don’t understand how all of this is being churned out,” Meghan said in March, confessing that she contemplated suicide before welcoming son Archie in May 2019. “I realized that it was all happening just because I was breathing. I was really ashamed to say it at the time and ashamed to have to admit it to Harry, especially, because I know how much loss he’s suffered. But I knew that if I didn’t say it, that I would do it. I just didn’t want to be alive anymore. And that was a very clear and real and frightening constant thought.”

During the joint interview, Harry noted that the pair felt a “lack of support and lack of understanding” from the institution within the palace, particularly when it came to their mental health.

“It was like, ‘I need to do this for my family,’” he continued. “This is not a surprise to anybody. It’s really sad that it’s gotten to this point, but I’ve got to do something for my own mental health, my wife’s, and for Archie’s, as well, because I could see where this was headed.”

The couple currently reside in California and welcomed their daughter, Lilibet, in June.

Glorious Goodwood day one tips: This GIANT 20-1 shot with course form can bash the bookies