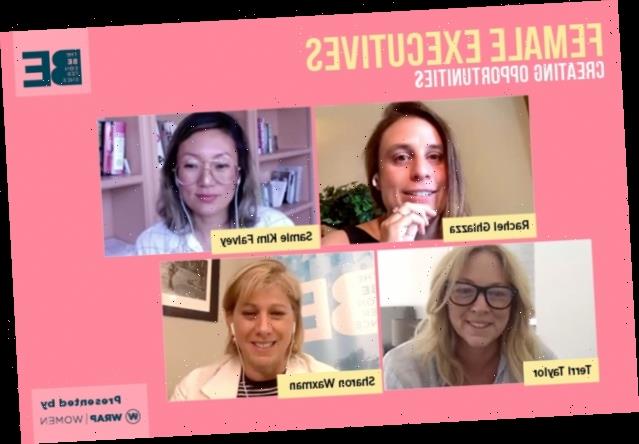 BE CONFERENCE 2020: “You have to acknowledge and commit to the fact that it’s harder and takes longer to build that inclusivity in,” Falvey says

When Imagine TV president Samie Kim Falvey got her start in the entertainment business at ABC, she was one of very few women in the field and felt almost as if she’d “came in the side door.” But brushing off the so-called imposter syndrome led Falvey to a position at one of the top television studios in the country, and now she’s trying to use her position to continue diversifying Hollywood.

“It’s a nice time to be in the business, there’s more openness to that diversity of point of view,” Falvey said at TheWrap’s BE Conference on Friday alongside Audible executive vice president of U.S. content Rachel Ghiazza and Blumhouse head of casting Terri Taylor. Prior to working at Imagine, Falvey was instrumental in bringing shows like “Black-Ish” and “Modern Family” into prime time slots. In previous shows at ABC, Falvey said, “a lot of times it felt women were relegated to being accessories.”

One of Falvey’s biggest influences in her career so far was executive Paul Lee. “He was one of the very first people who I reported to who said, you have to swim outside your lane.”

Falvey said she found the network’s willingness to finally embrace new, diverse content was heartening. “What was inspiring was the idea of a contemporary family, that brand being as expansive as it was, and that’s what audiences really welcomed.” She also added that it will take time for Hollywood to fully represent America at large.

“You have to acknowledge and commit to the fact that it’s harder and takes longer to build that inclusivity in,” Falvey said. “The system tends to a little more white, male, upper-middle-class and heteronormative … you name it and there’s a system we all operate in. So that commitment is incredibly important.”

Ghiazza and Taylor both agreed with Falvey that while Hollywood has made steps towards becoming more diverse and culturally sensitive in recent years, there is still much progress to be made. Ghiazza said the change begins with intentional choices from the bottom up when creating content, and emphasized the importance of hiring diverse staff at all levels of the creative process, from directors to sound engineers.

“It starts with a clear definition of who you are, what your brand values are and how you see yourself,” Ghiazza said. “It was something I looked for when I was looking for a job, looking at the makeup of senior leadership, making sure they were people I wanted to be around.”

Blumhouse head of casting Terri Taylor said that fostering relationships with young professionals seeking to break into the business that come from a variety of backgrounds is key to making Hollywood more diverse.

“I latched onto strong women who started from the ground up and put a lot into training them,” Taylor said. “They care as much as i do, that type of teamwork has been so beneficial to our success and our time at Blumhouse. We could use more bright and ambitious people pursuing careers in casting.”

Blumhouse produced “Get Out,” Jordan Peel’s nail-biting directorial debut that tells a story of a Black man held hostage by his white girlfriend’s family. Taylor said Blumhouse is passionate about “telling stories people don’t always have the ability to tell, and ‘Get Out’ is an example.”

Falvey, Taylor and Ghiazza all espoused the benefits of having mentors early in a career, and each said they are working to now pay that experience forward to a new generation of up-and-comers — and to not be afraid to put a resume out there even if you don’t quite meet the qualifications.

Taylor said she learned valuable tricks of the trade as an assistant to the casting director on the 1993 Aaron Sorkin film “Malice” that she couldn’t have picked up anywhere else. “I refer to that experience as my own mini version of film school because there were so many kind people who showed me the way,” Taylor said.

BE Conference presented by WrapWomen is Hollywood’s leading mentorship conference. The event is designed to provide opportunities for the next generation of women in media and entertainment, with a focus on underrepresented voices. This year’s programming and mentorship is dedicated to breaking barriers, inspiring action and creating inclusive opportunities for all.

Since most U.S. movie theaters have shuttered in response to the coronavirus pandemic, studios are rushing out VOD home releases of movies that were only just in theaters.