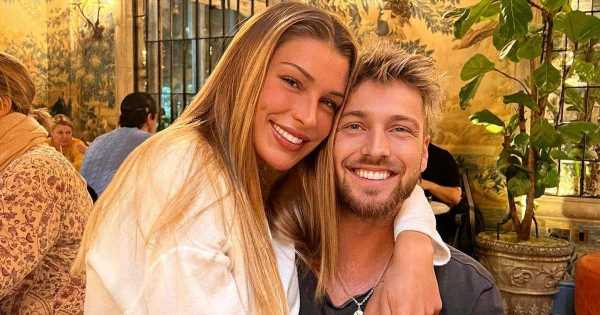 The former Love Island star revealed that her boyfriend is experiencing excruciating pain so intense, that it feels like he is "gonna die".

Zara, 24, described that her Made in Chelsea star beau, who had fallen ill just a "few weeks ago" has "gone downhill again".

In a detailed Instagram story post, the new The Love in the Flesh host explained how Sam was barely keeping his eyes open, losing weight, had no appetite, and couldn't concentrate on anything.

Taking to her spin-off account, @adaywithzara, the brunette beauty snapped a quick photo in bed and wrote: "Just put Sam back to bed… bless his heart he's so unwell again.

"A few weeks ago he was really poorly with intensely painful stomach cramps. He had a endoscopy & stool sample that both biopsies detected inflammation; but the dr hasn't been overly clear as to what that means/why it's there.

"He said to come back in a few weeks but in the meantime Sam has gone downhill again. He can barely keep his eyes open, concentrate on anything and he's losing weight! And also his appetite is not there!"

The concerned girlfriend addressed fans in a plea as she asked, "has anyone else experienced anything like this?"

"He has good & bad days," Zara continued on Sunday afternoon.

"Yesterday was ok but for the last month he's had stomach pains around his belly button, some have been intense and he was literally like 'I'm gonna die' and then the rest of the time it's a low level pain!"

In a follow-up message on her Instagram stories, the reality star snapped a quick photo of an unwell and fatigued Sam in bed with their cat.

The glamour model addressed that her partner's doctor was "not sure" if Sam's previous diagnosis is linked to his current health woes.

"A few people asking about the hernia he has – the Dr said he's not sure if the two are even linked," Zara addressed her followers.

"The fatigue is so bad I've never seen him like this before. He keeps falling asleep which he never does."

"But all of you guys are being so helpful already… Thank you so much," Zara thanked her followers aside two tearful emojis.

The brother of Made in Chelsea star Louise Thompson originally suffered from “a really bad stomach” that left him not “very well for the past few weeks”, according to girlfriend Zara.

Sam posted a photo of himself giving a thumbs-up sign from bed as she opened up on his stressful few weeks.

Alongside the photo, Sam wrote: “Appreciate all the messages. Been pretty rough past couple of days!

“Got a hernia on my stomach apparently which isn’t awesome but also not mega bad. Back up and running before you know it.”

The reality star then described how he would be "doubled up in pain" and, therefore, hasn't "properly eaten in ages".

Describing that the diagnosis is "very manageable with medication", Sam couldn't help his cheeky personality shine through.

Looking on the bright side, he added: “The best news is I have an actual reason to stay home and annoy Zara for the next few days. And she can’t get angry at me!!”

For the latest updates on your favourite celebs, sign up to OK!'s daily celebrity newsletter.

‘90 Day Fiancé’ Spoilers: Ximena Morales Has Moved On From Mike Berkowitz After Tell-All