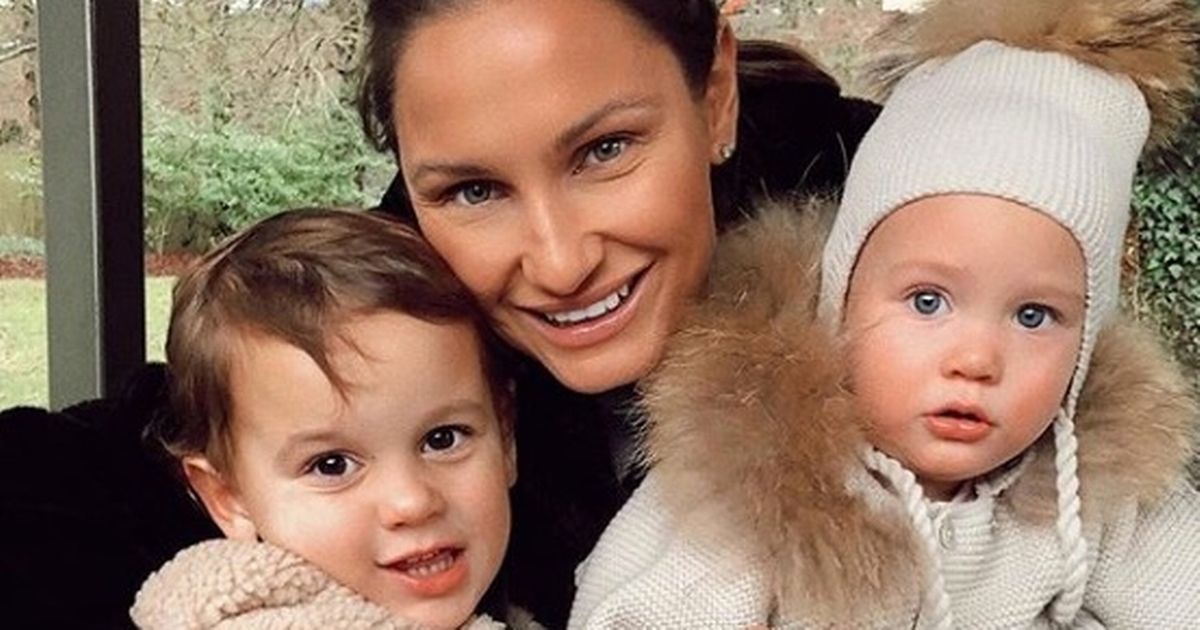 Sam Faiers has refused to apologise after a small business accused her of ‘ripping off’ their designs after years of demanding freebies from them.

The former TOWIE star came under fire yesterday when the owner of boutique brand Forever Sewing alleged that she had copied their children’s clothing designs for her own kids range, My Little Darlin, after promising to feature the small company on her website.

But Sam has hit back, insisting she hasn’t copied anyone’s designs and claiming they should be thanking her for providing them with "tens of thousands of pounds" of free publicity.

After initially keeping schtum over the allegations, Sam took time out of her family holiday to the Maldives to clap back.

"I always try and support small businesses where possible and tag brands who so kindly send things to me and my family.

"Naturally I can’t post everything but I do my best. Over the past couple of years I’ve provided tens of thousands of pounds of free publicity to the brand and tagged them and secured media coverage for them."

She went on: "I’ve always been grateful for the gifting and naturally they understand the value that it’s worth to them in terms of sales, they’ve advised us that a big factor that they are as big as they are today is due to my constant plugging of their brand.

"I’m not ripping off anyone’s designs if you search the internet you will see loads of similar brands selling similar products. I DM’d them back in August telling them I was starting my own personalised clothing range and they thanked me for letting them know."

She added: "Had they come to myself or my team I would of listened to their concerns and tried to work with them to resolve this, instead I’m disappointed to see that the owners have decided to slander me across social media.

"That’s all I’m going to say on the situation, sorry to bore you who don’t care xx."

Laura Newman, who owns Forever Sewing with her husband, had shared screenshots of messages sent between her and Sam going back over two years.

They show Sam asking for dozens of items of free clothing for her pre-schooler son Paul Knightley, and promising to give the family-run business plenty of exposure on her ITV reality show Mummy Diaries.

But Laura said she was "devastated" when Sam and her partner Paul Snr announced they were launching their own bespoke kids clothing range, My Little Darlin – which boasted designs very similar to those of Forever Sewing.

"Absolutely devastated would be an understatement that after providing Samantha Faiers clothing for 2 years now she has decided to launch her own baby clothing range… which may I add would be absolutely fine BUT to RIP FOREVER SEWING off to the degree she has is absolutely disgusting!" a furious Laura wrote.

"Messages recorded over the last 2 years asking continuously for free clothing and sending lists upon lists all of which we have sent to her and all along she was taking them to cheap factories and matching them like for like.

"Also keeping us sweet by talking collaborations with us to work together – because she knew our brand was strong!!!!" she went on.

"For a ‘business woman’ who is in the public eye too! She doesn’t have enough money in the bank… she has to potentially jeopardise our small family run company that we have worked all hours building!! I have never been so stressed, anxious, angry and upset in all my life.

"Enjoy Maldives Samantha, I’m sure your family will be fine – let’s hope your new venture doesn’t affect ours!!!"

Sam’s rep told Mirror Online: "Samantha was provided clothing by the brand in return for free coverage on social media, over a period of years Samantha supported the brand with free publicity across social media and in the press. The owner of the brand has previously thanked Samantha and have advised that it’s from her support that the brand has grown exponentially to the position it’s in today.

"Samantha has planned to launch her own personalised clothing brand for a number of years which stocks a wide variety of styles and designs. There are hundreds of other retailers selling plain children’s tracksuits.

"Several months ago Samantha contacted the brand owners to let them know out of courtesy she was launching her own personalised children’s range, which they thanked her for letting them know," he added.

More on the Faiers sisters