Home » Celebrities » Safaree Samuels & Daughter, 9 Mos., Twin In Fur Coats As He Shows Her Off In Rare Photo — Cute Pic 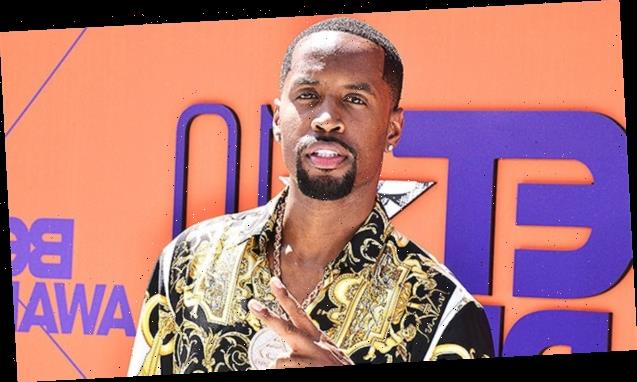 Safaree Samuels & Daughter, 9 Mos., Twin In Fur Coats As He Shows Her Off In Rare Photo — Cute Pic

Safaree Samuels and Safire Majesty are the ultimate (and most fashionable) daddy-daughter duo in a new photo he shared on Nov. 10! The pair are matching in a fur coats and it’s the cutest thing you’ll see all day!

A stunt man and his stunning baby. Safaree Samuels and his 9-month-old daughter Safire Majesty are twinning in a new photo the rapper shared to Instagram on Tuesday. He posted a behind-the-scenes snap of the duo from his “Credit” music video, in which Safire made her world debut. Safaree and his first child are pictured wearing white and black fur coats by Nadeem Waheed.

Behind the scenes Credit video! She’s like “Daddy hurry up pls this thing is heavy” click link in bio STRAIIIITTTTTT fur 🧥 @danielsleather @messiahstylist

“She’s like ‘Daddy hurry up pls this thing is heavy,’” Safaree captioned his post, which shows little Safire in his arms. She donned a black and white cheetah outfit underneath her designer coat, along with a cheetah headband. Meanwhile, her dad was suited up in a black shirt with white writing and a slew of rose gold and silver diamonds. He also sported a pair of gold-rim glasses. 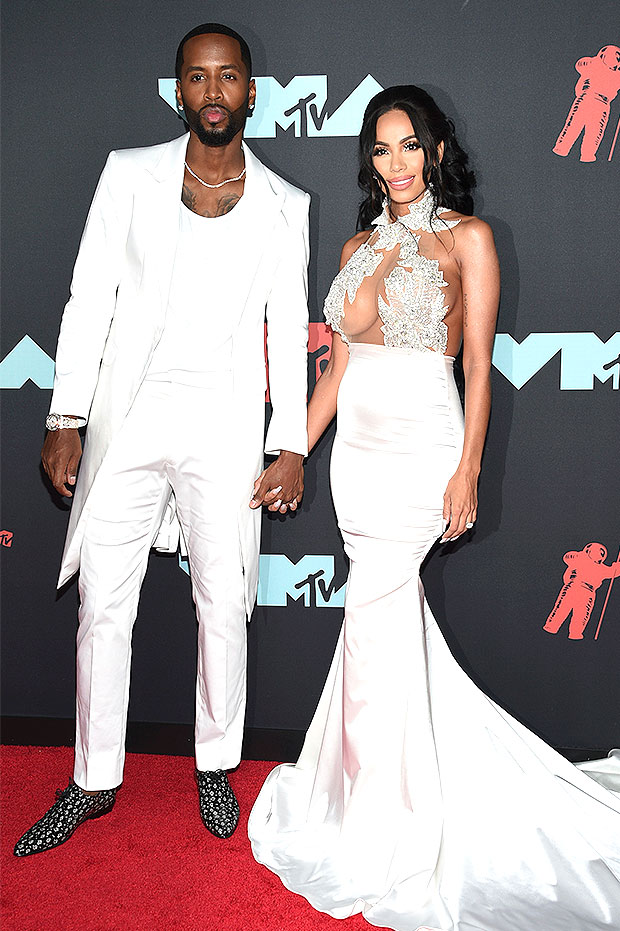 The daddy-daughter duo was styled by Messiah Stylist, who’s previously worked with the rapper on a number of occasions. He dressed Safaree and wife Erica Mena for the 2019 MTV VMAs, in which the couple rocked coordinated white looks (pictured above). Messiah also styled the reality television couple for their pregnancy shoot.

Erica gave birth to the couple’s first child together, Safire, in February — after announcing they were expecting on social media in October 2019. Safaree revealed their baby girl’s arrival by announcing his entry into the “#girldad club” in a post on Instagram. The viral “girl dad” trend started after the tragic helicopter crash death of Kobe Bryant, who was a father to four girls. Erica later shared an Instagram photo of Safaree holding their baby with the caption: “Just here staring at my husband as he obsesses over our daughter. I thank God. I prayed for this life.”

While Safaree and Erica kept their baby girl’s identity a secret following her birth, the couple shared the first full image of Safire on November 5. In the photo, she’s dressed in the same outfit she wore in Safaree’s “Credit” music video.

Enter for a chance to win $10,000 in this Masters contest
World News