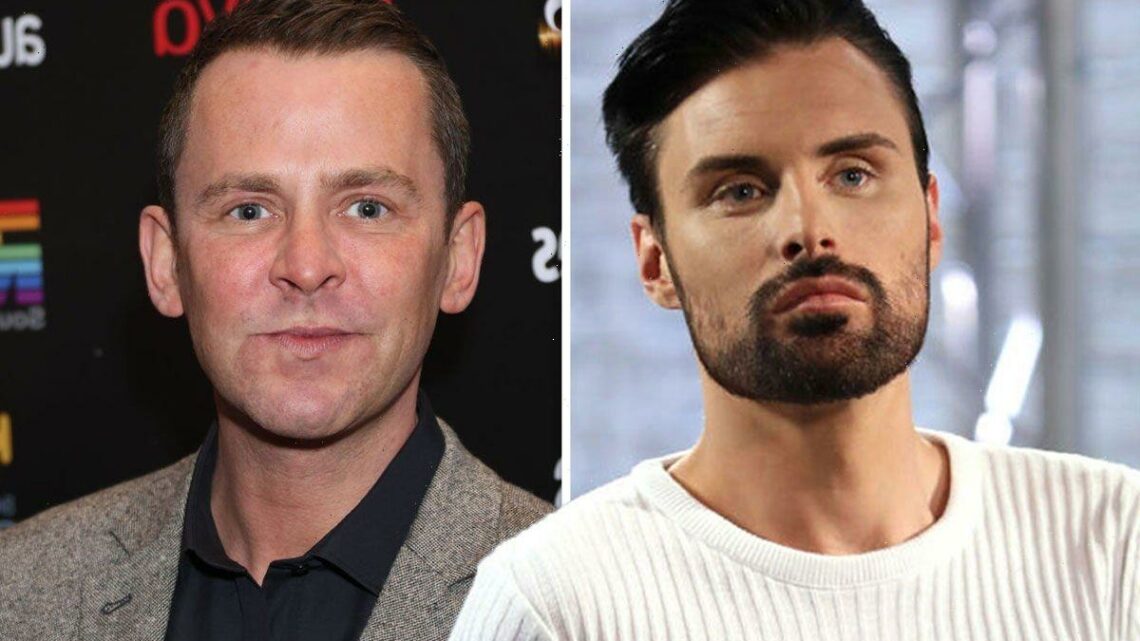 Scott Mills reveals why Rylan didn’t host Eurovision in May

Rylan Clark urged listeners to “lay off” Scott Mills after the radio presenter stepped in for veteran broadcaster Ken Bruce today. It comes after the Eurovision host sparked a divide on Twitter as some listeners took to the micro-blogging and complained about the BBC Radio 2 stand-in.

Scott, 49, has stepped in to cover Ken, 71, while the PopMaster remains absent from his hit morning show.

Radio 2 listeners will have noticed the veteran broadcaster has been missing from the airwaves since last week leaving many confused.

The show, which pulls in a whopping 8.7 million listeners a day, boasts the largest audience on UK radio.

Ken has been at the helm of the show for 34 years, although he has taken some time off in recent months to “sort out a minor medical matter”.

Scott took to Twitter today and shared he will be filling in again for Ken this week.

The broadcaster was met with some criticism as listeners reacted online.

In view of his 1.7 million followers, he penned: “Scott Mills is an amazing radio host and I’m loving hearing him on our @BBCRadio2. He’s also one of the gooduns. Lay off x.”

Twitter user, Wendy commented: “If people don’t like listening to Scott taking over from the lovely Ken Bruce, then they have the right to turn to another station or off.”

Louise moaned: “@BBCRadio2 do you not have anyone better than Scott Mills to fill in for Ken?”

GurdenerInBervie wrote: “Scott Mills is standing in again anyway. Painful to listen to.”

However, others rushed to praise Scott, as Kerry gushed: “Loving @scott_millson Radio 2 this morning! The sooner he makes the move over permanently the better. Then I can fully embrace being too old for R1.”

Queen B shared: “It’s horrible to see all the negative comments about @scott_mills. He is brilliant presenter, seems a lovely person and doesn’t deserve it.”

Tina said: “LOVE @scott_mills and whenever he sits in for anyone I’m delighted @BBCRadio2.”

Sharon added: “Loving @scott_mills on @BBCRadio2 this morning – keeping me company while I wfh (I am working – honestly).”

Ken is set to return to Radio 2 on May 30 after a couple of weeks off, according to the BBC.

While working on BBC Radio One during the day, Scott migrated over to Radio 2 cover slots in 2017.

He has been covering Ken regularly in recent years.

Kim Kardashian Spends $800,000 Over Asking Price for Home Between Her and Kanye West
World News