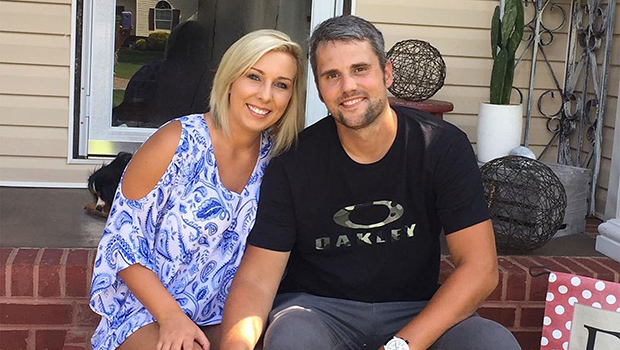 Ryan Edwards is officially out of rehab and his wife Mackenzie took to Instagram on Dec. 4 to share a sweet photo of him being comfortable in their house.

Mackenzie Edwards, 21, is proud of hubby Ryan Edwards, 30, for completing his time in rehab and she’s happy to have him around the house once again! The blonde beauty took to Instagram on Dec. 4 to answer a fan’s question about Ryan on her story and she used her response as a way to show off a recent pic of the Teen Mom OG star, his first since he finished getting help. “How’s life now that Ryan’s home with the kids and new baby?” the fan question asked. “He’s the biggest help. I love this man,” Mackenzie’s response read along with the pic that showed Ryan sitting on the floor in front of what looked like a bed.

Ryan just came back after checking himself into 90-day stint in rehab in Sept. While he was in the facility, he missed the birth of Jagger, his first son with Mackenzie, on Oct. 9. The birth was shown on the Dec. 3 episode of Teen Mom OG and luckily, Ryan was able to see his new son on Skype shortly after he was born.

Despite the happy welcoming of Jagger, Mackenzie has not allowed MTV to film him just yet. She took to her Instagram stories to explain how she told production to “piss off” when they tried to capture the newborn on camera. In addition to Jagger, Mackenzie has four-year-old son Hudson from a previous relationship and Ryan has 10-year-old Bentley from his previous relationship with Maci Bookout, 27.

The family seems to be going strong after Ryan started his road to recovery. When another fan asked why she stays with Ryan even though he has an addiction problem, Mackenzie explained her belief in her husband on social media. “Do you burn your house down when it’s dirty? No. Do you set your car on fire when it needs a new part? No,” she wrote. “Just because someone has a problem doesn’t give you an excuse to give up.”

We  continue to wish Ryan and his family all the best during his recovery. It’s great to see him out of rehab and spending time with those closest to him!