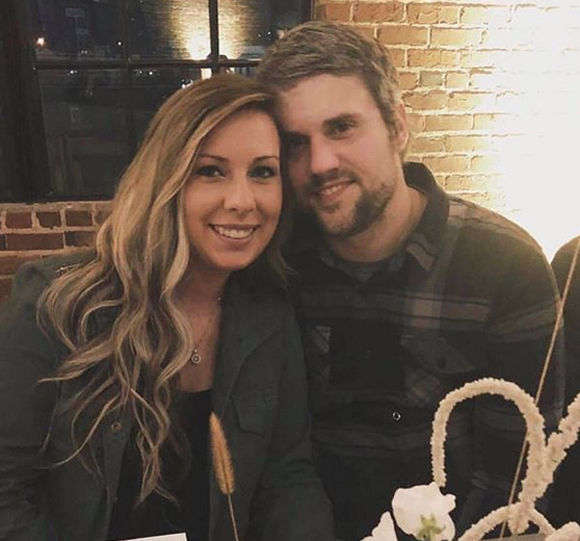 Stand by your man… give him his props on Insta…

When Ryan Edwards left rehab over a month before his scheduled 90 days were up, his wife was right there to pick him up.

Well, his family may be worried about a relapse, but for the moment Mackenzie is still his biggest cheerleader!

“How’s life now that Ryan’s home with the kids and new baby?”

She answered by calling him “the biggest help,” along with a pic worth 997 words more than that!

Man, he really is looking slim and healthy.

And if you look close, you’ll notice he’s actually feeding the baby with a bottle! How about that??

Notice you don’t see baby Jagger? Get used to that. Momma also shared the newborn would not be featured on Teen Mom:

“I told MTV to piss off when they tried to film him. They still tried their hardest. So now you guys get to hear commentaries about him which is super frustrating.”

Mackenzie was also asked why she stuck with Ryan through everything, to which she responded:

“Do you burn your house down when it’s dirty? No. Do you set your car on fire when it needs a new part? No. Just because someone has a problem doesn’t give you an excuse to give up.”

Huh. That is a really strong answer!

We also got the

What do YOU think of Ryan being back at home doing his daddy duty instead of finishing rehab?

Priyanka Chopra & Nick Jonas: Why We Won’t Have Kids ‘For A Very Long Time’