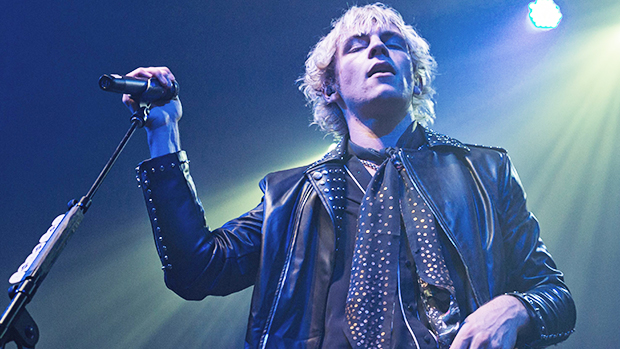 Fans are swooning over Ross Lynch even more than usual! The ‘Chilling Adventures of Sabrina’ hunk performed a ‘Jersey Boys’ song, and fans could barely handle it. Watch and see why!

Ross Lynch, 22, performed at Riptide Music Festival on Dec. 1, and fans are living for it. The singer/actor extraordinaire hit the stage to sing a variety of tunes, even belting out Frankie Valli’s “Can’t Take My Eyes Off You.” The performance took sexy to a whole new level. Ross was super casual in his floral shirt and jeans, but he had his shirt unbuttoned during the performance, and fans were so obsessed they made Ross a trending topic on Twitter.

Ross isn’t just known for his role as Harvey Kinkle on Chilling Adventures of Sabrina, he’s also a member of the rock band R5 and rose to fame on the Disney Channel series Austin & Ally. Longtime fans have always known the power of Ross, and when Ross started trending, they made sure to remind everyone of that. One fan tweeted, “Ross Lynch is trending because everyone has suddenly seen the light. He’s always been hot.” Another fan wrote, “Ross Lynch singing can’t take my eyes off you????? yes sir.”

Some fans started stanning Ross after seeing the video of his Jersey Boys performance went viral. One fan retweeted the video and wrote, “Suddenly I stan Ross Lynch.” Another fan stated the obvious, “I think we ALL stan Ross Lynch.”

Ross is having a great year. The first season of Chilling Adventures of Sabrina dropped in Oct. 2018 and became an instant hit. The show’s holiday special will debut Dec. 14, and the second season will premiere April 5, 2019. Get ready for lots more Ross! We’re so here for it!