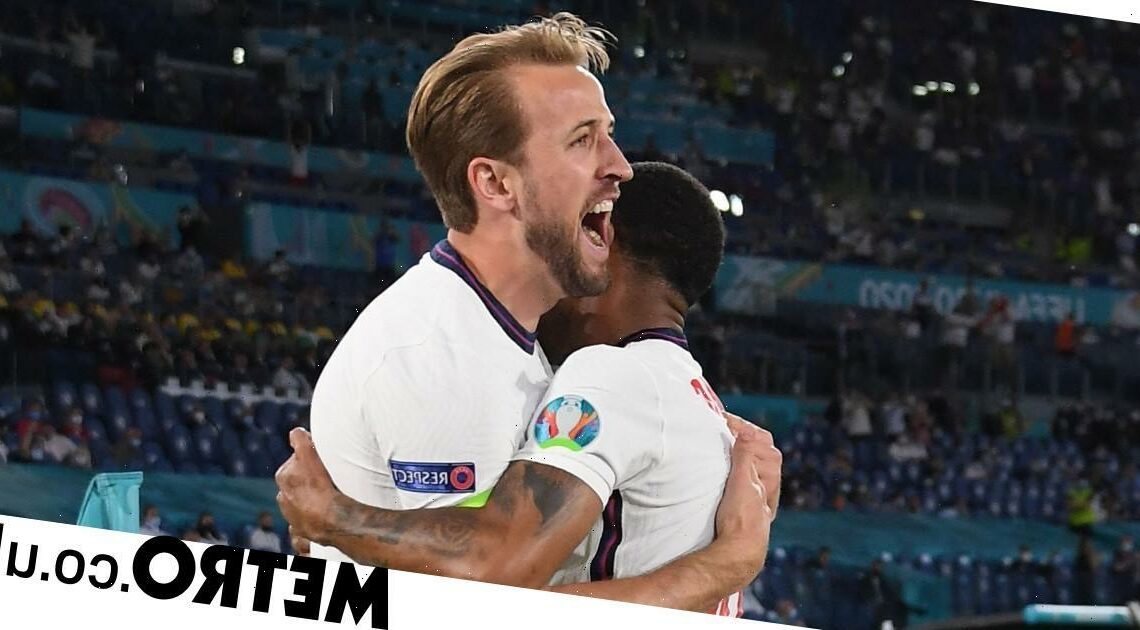 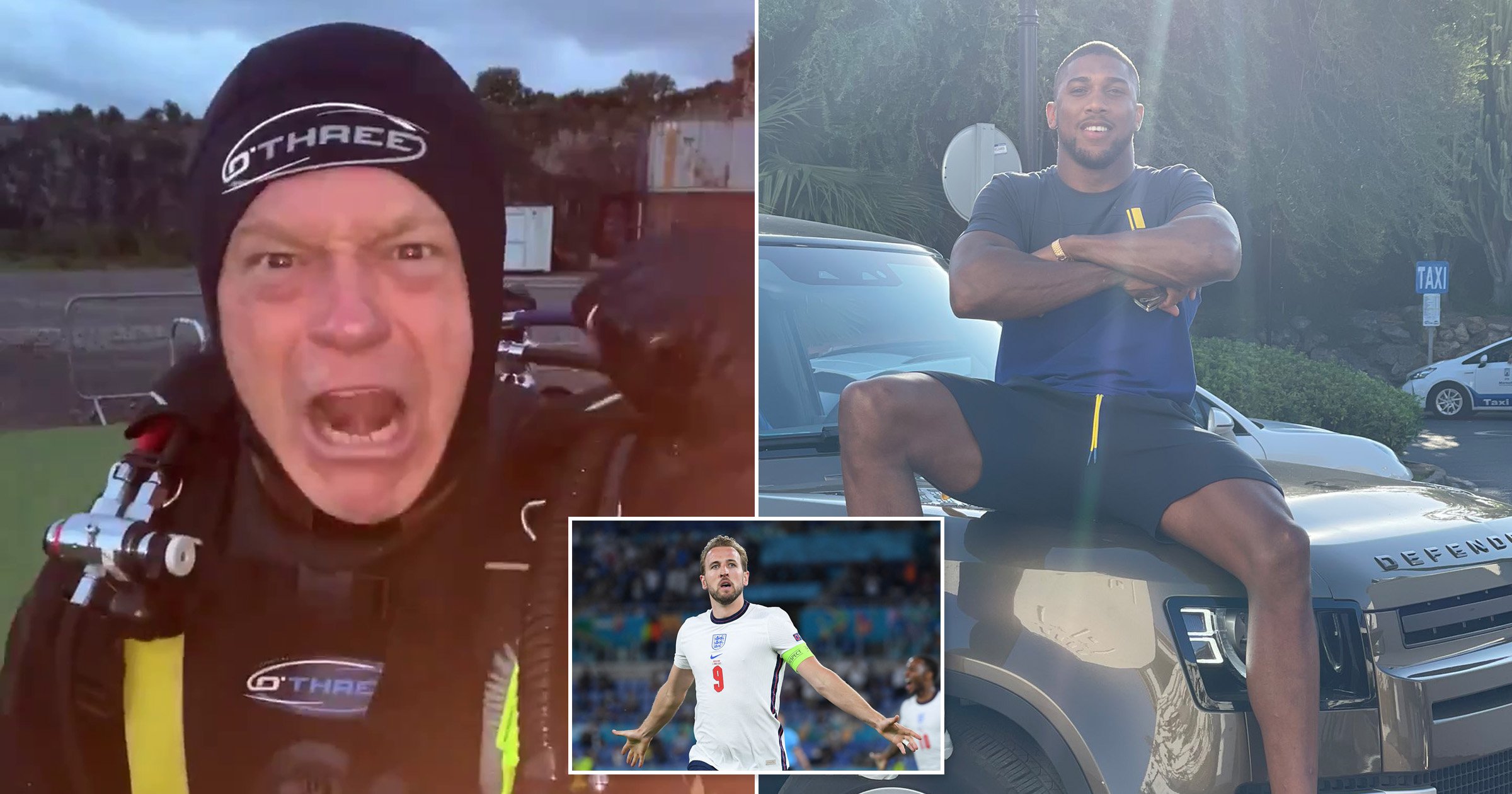 As England thrashed Ukraine 4-0 in Saturday night’s Euro 2020 quarter final match, it felt like football really, truly, finally was coming home and the celebs were out in full force cheering the national football team on every step of the way.

Pop queens Little Mix were basking in the excited atmosphere ahead of kick off, with Jade Thirwall making a cheeky play for last-minute squad inclusion as she shared a clip on the group’s account of her kicking a blow-up ball mid performance of the band’s anthem Salute.

‘Good luck tonight lads @england. I’m around if you need me,’ she tweeted.

Two-time world heavyweight champion Anthony Joshua chose to enjoy the match at his local, posting a snap of himself sitting on the bonnet of his Land Rover Defender before the game began.

Amping up the hype, he posted: ‘Pulled up at the pub to watch the footy! What we saying England.. Izit cammming hommmeee? Comeeee onnnn!!!!!!’

As the game progressed and England started to dominate, pulling away from a single goal lead and scoring two goals in four minutes at the opening of the second half, fans started to revel in their success.