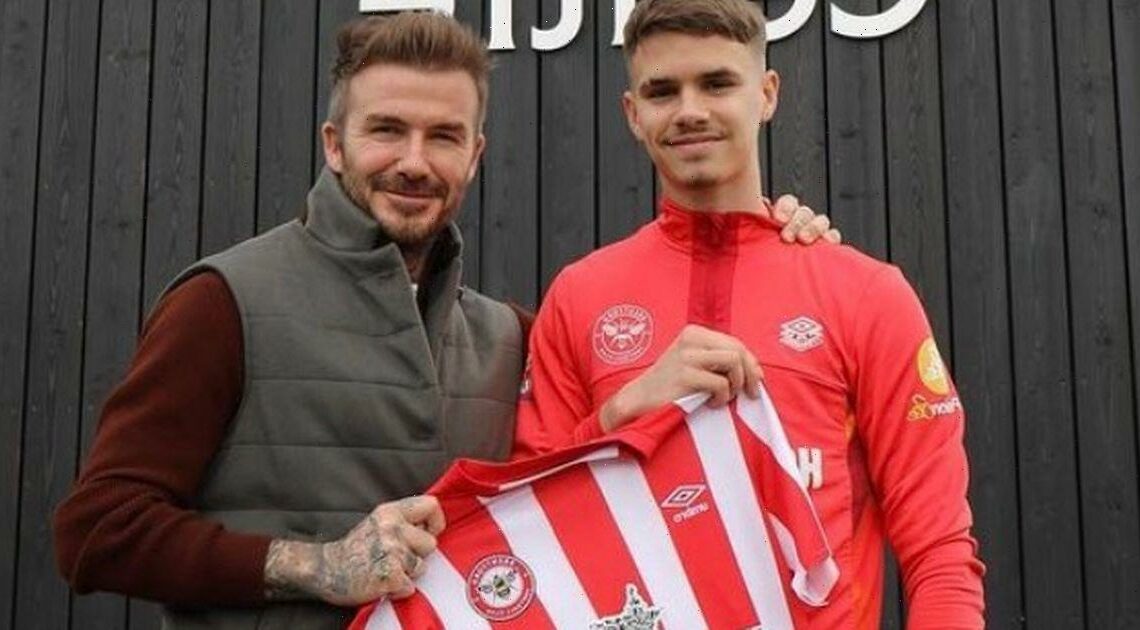 David Beckham's son Romeo Beckham is following in his father's footsteps even more after signing with Brentford FC.

The 20 year old footballer son of David, 47, and Victoria Beckham, 48, has joined Brentford FC, which is the reserve team on loan from Inter Miami.

Romeo, who recently made an appearance in a game against Barcelona, has been at the US club, which is co-owned by David and coached by Phil Neville, since 2021.

The star said he is "very proud" and "very excited" to be joining Brentford FC after the deal was announced.

"I came here at the start to keep fit during the off-season," said Romeo. "The chance then came to come on loan here, and I’ve never been so excited."

Romeo continued: "It was a fun season [in the USA] and there were a lot of ups and downs, but I’m excited to come here and see what I can do.

"They’ve (the coaches) helped me massively over the last couple of months, and I’m excited to see what else they can help me with to really progress in football."

The star also shared his news on Instagram with a snap of him and his dad David holding up his new football shirt.

"An exciting start to the year," Romeo said. "Looking forward to the challenge."

David gushed over Romeo's news by posting the snap on his Instagram story, writing: "Exciting start to the year. Now the hard work & fun begins. Proud of you mate @romeobeckham."

One pal wrote to Romeo: "Good luck bro!" while another said: "All the best bro."

Head coach of Brentford, Neil MacFarlane, said they have been "absolutely delighted" since Romeo arrived.

It comes after Romeo's younger brother Cruz Beckham also spoke of his interest in pursuing a career in football like David.

"I thought I would want to do football and I did that for a bit,” the star, 17, who signed with Arsenal in the past, revealed in an interview with i-D Magazine.

"At that point, I just decided: this is exactly what I want to do.”