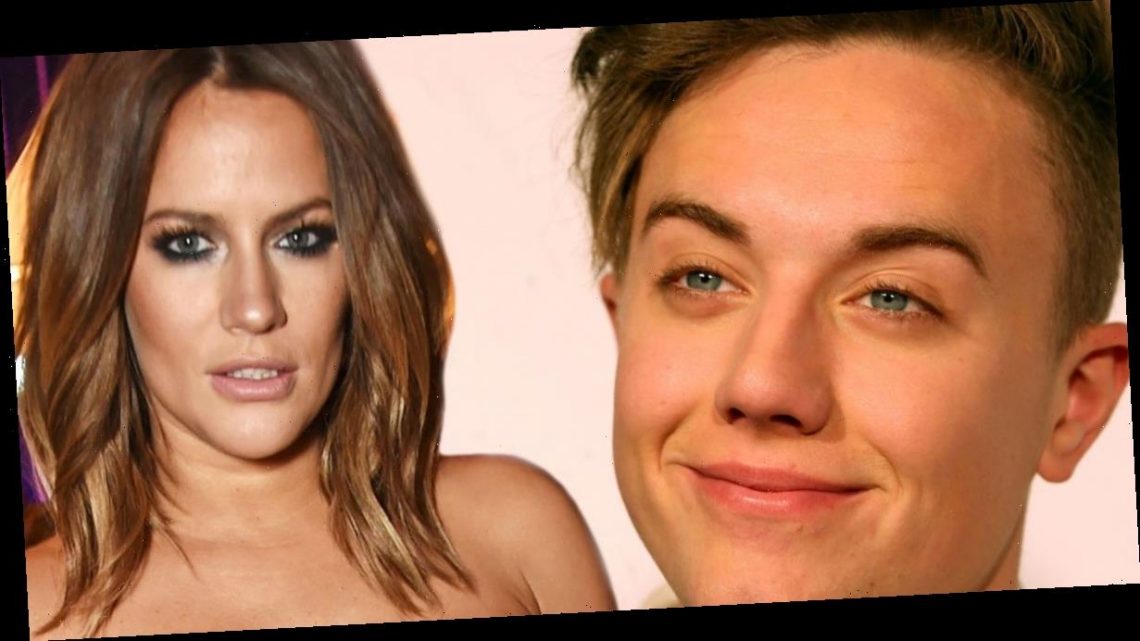 These days I'm A Celebrity Get Me Out Of Here star Roman Kemp is so smitten with girlfriend Anne-Sophie that he left her a two-minute video for each day he's in the jungle.

But before they met, Roman, 26, apparently enjoyed a seriously flirtatious night with Caroline Flack, 40, with a witness claiming he hand-fed her canapes from a spoon as she "ruffled his hair" and "whispered in his ear".

“Caroline was really flirting with him," said an onlooker at the 2017 National Television Awards after-party at London's O2.

"He was pretending to shake her off but it seemed like he quite enjoyed the attention. He even fed her a canape from a spoon."

And as the night wore on, so apparently, did their amorous display.

“Caroline was flirting outrageously. They linked arms to head to the bar at one point and danced to George Michael and Prince songs together.

"They looked like they were having a lot of fun, but sadly it didn’t look like anything happened romantically between them.”

One of the first people to grill Roman on the claims was his dad Martin Kemp, who text him a screenshot asking "what's this about?"

But Roman previously insisted there was nothing to see here, thank you very much, denying they ever had "a thing".

"We are really good friends. Let me just say now that we were never a thing," he told The Sun.

Adding that Caroline wasn't best pleased, he said: "I definitely took the p*** out of her for it. I kept saying to her ‘we need to head out; we’re the new power couple.’”

While love didn't blossom between the pair, they do share one connection, and that's their personal trainer Bradley Simmonds.

Roman hired the hunk to whip him into shape for the jungle, transforming his body in just 12 weeks.

In August, tattoo lover Roman flexed for a photo showing off his new six pack, and thanked Bradley for his help.

He wrote: "Not one for posting a photo like this but I wanted to say a huge thank you to  @bradleysimmonds  for convincing me to do his  #12weektransformation …️ best training I’ve ever had and provided me with the results I wanted. Thank you mate x".

Meanwhile, Roman previously appeared on a celebrity edition of Take Me Out, but sadly didn’t find love in Fernando’s.

He also shamelessly flirted with Selena Gomez on his Capital FM show and asked her out on a date.