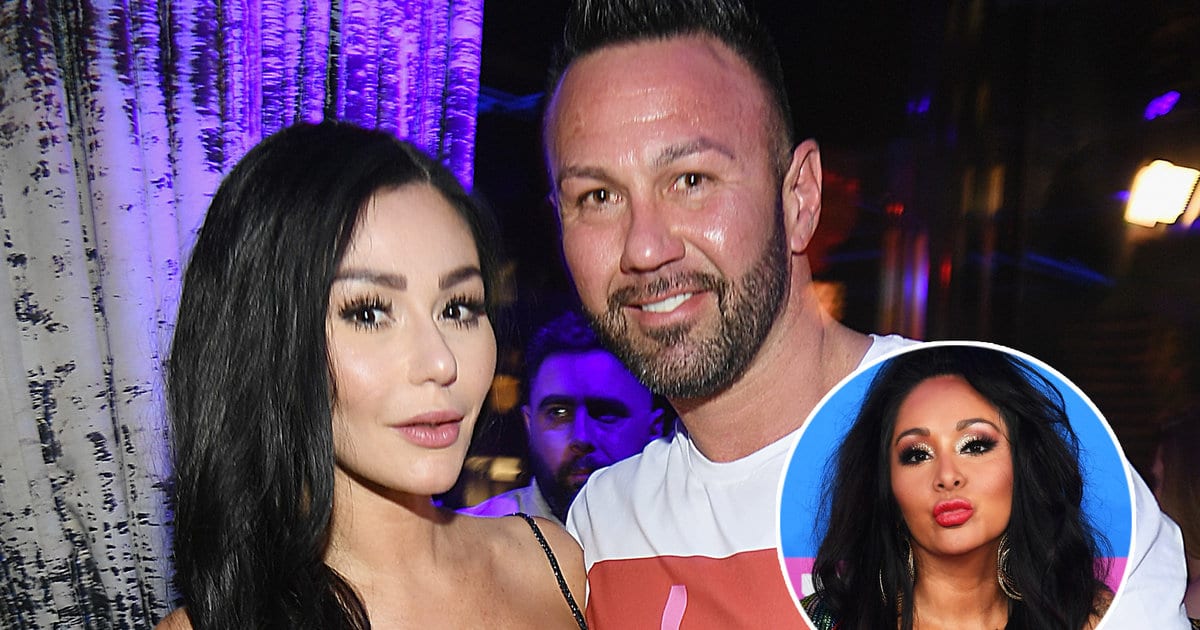 Roger blasted Snooki in an Instagram comment Sunday, according to Us Weekly, after she publicly supported JWoww’s decision to file a restraining order against him.

"Nicole has never spent a single night in our home in 8 years," Roger reportedly wrote in a comment, after someone suggested Snooki mind her own business. "You will see the truth come out in the end. Nicole has many Skelton’s [sic] in her closet. Many."

"I have none in mine and will own every aspect of my life," he continued. "Good and bad. She should stay out of matters that do not concern her."

If you recall, JWoww, 32, filed a restraining order against Roger, 43, last week. It’s been a drama-filled roller coaster after the couple, who share daughter Meilani, 4, and son Greyson, 2, split earlier this year.

According to TMZ sources, JWoww decided on the restraining order because Roger would videotape her without consent. This was reportedly the reason the reality star called the cops on Friday. The thing is, JWoww had the entire encounter recorded on their home surveillance cameras.

In his defense, Roger told TMZ that he filmed his ex because his attorney advised him to and that he was trying to make things even between the former couple, as JWoww is the only person that has access to the Nest (home security camera) footage.

Snooki then slammed Roger on her Instagram account Friday in an attempt to clarify JWoww’s true intentions with her restraining order. The "How Far is Tattoo Far" star posted the security footage of JWowww talking to police.

Snooki captioned the video with a lengthy statement:

Update: Ive decided to post this video because Jennis intentions were to never keep the kids from Roger. She is fighting for him to be in their lives and never once tried to take them away. Because you see 10 videos of him airing out their personal business regarding their divorce , it’s okay to bagger Jenni and send her death threats telling her she’s an awful mom and human being? Or because Roger posts more about the kids that means he’s with them more than Jenni? I personally know her, and she’s a stay at home mother. She doesn’t leave her children for months on end like depicted from him, and when she does work, she leaves filming and comes home to make sure everything is okay. But since you don’t see that on the show, or her posting the kids 24/7 like he does, she’s not with them ever? You all got played by social media.

I know my sis and she is NOT the person Roger is painting her out to be. So congratulations, you gave him what he wants. Your attacks and bullying.

After all the drama, JWoww and Roger both spent some quality time with their children on Saturday: JWoww with Meilani and Roger with Greyson. The MTV star posted videos from the mother-daughter bonding time to her Instagram Stories and Roger did the same with their son.

While JWoww said that Meilani was battling a bout with the flu, Roger shared a photo of him giving Greyson a kiss on the forehead in bed.

He captioned the pic, below, "heart half full."