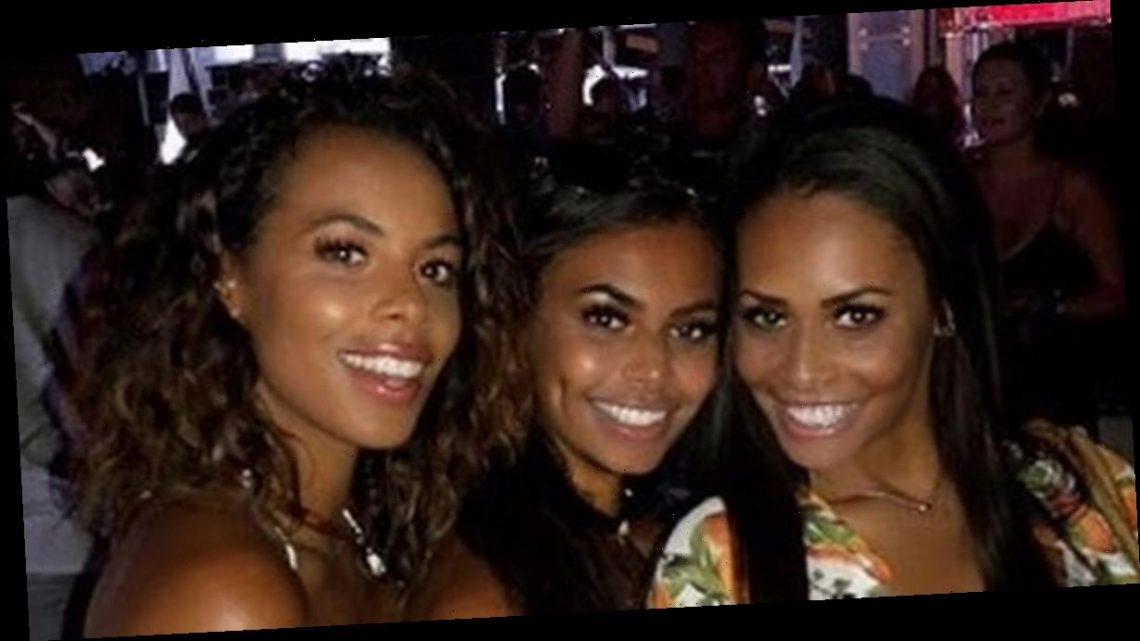 Growing up, Rochelle Humes' biggest heartbreak came when her dad walked out of the door one day and never came back.

Aged just three when Jamaican-born Mark Piper abandoned the Saturdays star and her paramedic mum Roz Wiseman, Rochelle longed for a father who loved her.

Family friend and footballer Paul Ince, who she affectionately calls 'uncle', helped Roz raise the singer and even walked her down the aisle when she married Marvin Humes.

But just three years after finding fame with S Club Juniors aged 12, she was floored when her dad suddenly made contact.

"He wanted to see me because his mother had died and he put a letter through the door. We spent some time together but it didn’t go well. I was young, it was difficult…" she told the Daily Mail.

Mark had moved on and fathered a further three children Lili, 24, Love Island star Sophie, 21, and Jake, 23, with a new partner.

Rochelle, 30, "knew of them" and had met them as a child but said it ended up being "complicated and messy", especially as their dad played a big part in the siblings' lives but none in Rochelle's. They didn't see each other again.

Then two years ago all that changed when former Love Island star Kem Cetinay randomly passed his friend Lili's number to Rochelle at a Christmas party.

"He was chatting away and said, 'I got to talk to you… as soon as I became a celeb, I promised my friend Lili that I would talk to you as she's your sister on your dad's side,'" she told Giovanna Fletcher on her Happy Mum Happy Baby Podcast.

"I knew of her and met up with her when I was five, but it was so complicated as they were a lot younger and my dad wasn't involved," she continued.

"On a drunken night out, Kem asked me if he could give her my number… you know something that sobers you up instantly.

"She WhatsApped me and I didn't reply till the morning because I thought, 'I need to be sober for this.'"

Lili and Rochelle arranged to go for dinner with Sophie and Jake, but Rochelle was so scared that she took Marvin for support.

"They all have each other. I am the weird older sister they feel they know because they've seen me on TV."

But her fears proved to be short-lived. Not only did she look almost exactly like her sisters, but Rochelle said they also share the same personalities.

She added: "We are literally the same people, Marvin was like, 'OMG, there's more of you.'"

"We've spoken every day since – Jeremy Kyle style. It's like we've known each other all our lives."

Admitting their reunion "felt like the missing piece of the puzzle", the foursome have now formed a tight-knit relationship that doesn't involve their parents.

And when Sophie joins the winter Love Island line-up on Sunday, her proud big sister will no doubt be cheering her on from Blighty.

The medical PA from Essex describes herself as, "kind, fun and energetic…" and is looking for a bloke who, "doesn’t take themselves too seriously."

She said: "I like confident but not cocky. Tall, tanned and light eyes."

But while Rochelle couldn't be prouder of her little sister, one thing she will never get over is her father's disinterest, especially now she sees how Marvin is with their daughters Alaia, five, and Valentina, two.

She told the Daily Mail: "It used to make me happy-sad because Marvin and I talk about our girls all the time, and having someone matching your level of love for your child is just extraordinary – and yet that is something my mum never had with me.

"Sometimes Alaia will run up to me and say, 'Mummy, Daddy keeps kissing me, tell him to stop,' and I just say, 'Honey, you are so lucky, Daddy loves you so much. Just let him kiss you if he wants to, there’s plenty of time to have embarrassing dad moments when you are a teenager and he’s dad-dancing at your parties!'"