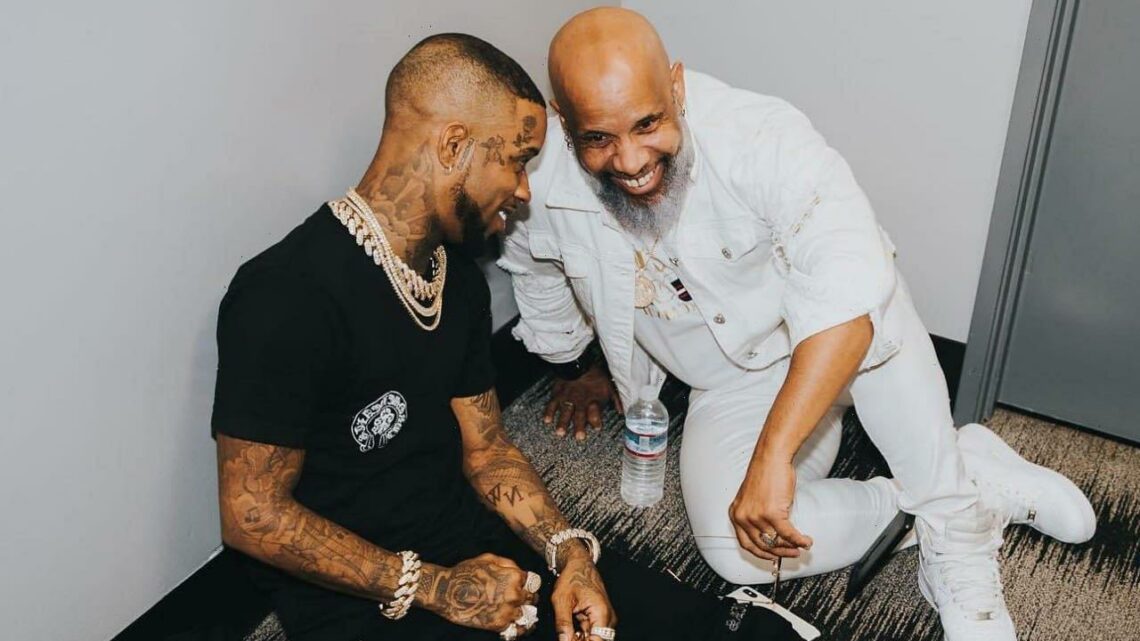 In the said video, the Canadian rapper’s dad Sonstar Peterson condemns the entertainment company and Jay-Z for his son’s conviction in the Megan Thee Stallion shooting case.

As many poked fun at Sonstar’s condemnation, Roc Nation has become a trending topic on Twitter. Some users jokingly blamed the entertainment company for their personal problems, just like what Sonstar did following his son’s conviction. “This cold is still kicking my a**. I blame Roc Nation and their wicked hold on the people’s immune system,” one person tweeted.

“I gotta pay rent next week? Roc nation will not get away with this [a bunch of crying emojis],” a second cracked a joke. A third quipped, “Roc Nation is the real reason for all these flight delays.. smh.” Another said, “I blamed Roc Nation for not letting me meet [Beyonce Knowles].”

Someone else even sarcastically penned, “So Roc nation made Tory beat up [August Alsina] too huh?” Tory reportedly physically assaulted the “I Luv This S**t” crooner in August after being ignored by the latter.

“Tory Lanez Sr. is implying Jay-Z made sure Tory was found guilty because Tory didn’t sign to Roc Nation,” a different Twitter user opined, adding a GIF of a woman laughing so hard. Another wrote, “Wait wait wait, his daddy saying Jay Z rigged the trial cause that lil n***a wouldn’t sign with Roc Nation?” alongside a GIF of the Hot Girl Meg bursting into laughter.

In the said video, Tory’s dad was getting emotional upon learning the “Say It” rapper’s conviction. When walking out of the court on Friday, December 23, Sonstar was asked by the reporters about how he felt after his son’s guilty verdict. In response, he said, “You wanna know exactly how I’m feeling? I just stood here in this Los Angeles County and witnessed the worst miscarriage of justice that this world has ever seen.”

Sonstar then blasted Roc Nation and Jay-Z. “I got some names that I wanna call. Alex Spiro, Desiree Perez and the whole wicked system of Roc Nation, including you Jay-Z,” he added, “You who say you rose from the gutter but you have traded and tortured the souls of young men and you’re still doing it.”

“Not over. It’s not over,” Sonstar stressed. “God does not lose now and even though we have come to this juncture, trust me, you will see that our God does not fail. This is wickedness.” He went on adding, “This court system is not for justice. It’s about wins and losses and they do dirty to do whatever they can.”

On Friday, Tory was found guilty of shooting Megan in July 2020 following a party in Kylie Jenner‘s house. He currently faces a maximum sentence of 22 years in prison and the possibility of deportation back to Canada.

Following the conviction, Tory’s defense lawyer George Mgdesyan stated that they’re planning to appeal the decision. “We are shocked by the verdict,” George explained in his statement, “There was not sufficient evidence to convict Mr. Peterson. We believe this case was not proven beyond a reasonable doubt. We will be exploring all options including an appeal.”