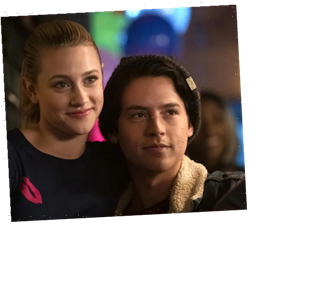 But the Riverdale stars have now come together, along with other cast member on this CW series, to deny sexual assault allegations made against them by users of anonymous Twitter accounts over the weekend.

Late last week, a social media user by the name of Victoria — with no profile photo and no history of Tweeting prior to these messages — wrote the following:

“I want to tell about my sexual abuse by Cole sprouse.

“I was invited to one of his parties by a mutual friend, he came up during the party and started flirting with me and obviously I was flattered, we talked for quite a while.”

Continued this string of accusatory Tweets:

“We then started making out and he invited me to his room. I went but was a little tipsy having had like 3 drinks.

“Once we got to his room he became aggressive and shoved me against the bed, I pushed back against him but he didn’t budge and I was drunk and he is bigger.

“He then…pushed me on the bed and put his hands under my shirt and started fondling my breasts I told him multiple times to stop, he wouldn’t listen.

“By then I’m in tears and gagging from the alcohol smell on his breath. With me still saying no he proceeds to undo my pants.”

“After he was done he told me to leave,” concluded these messages.

“I left and went home sobbing and took a shower for a while.

I never told anyone because who would believe me over a rich Disney star. #colesprouse #tellingmystory exposing.”

It’s a weird and troubling situation and it’s one Cole responded to on Twitter on Sunday as follows:

Earlier today myself and three other cast mates were falsely accused of sexual offense by anonymous accounts on twitter.

I take these accusations very seriously, and will be working with the right teams to get to the root of it.

False accusations do tremendous damage to victims of actual assault. Furthermore, I would never seek to silence anybody. I encourage that people look into the accusations themselves, as the events detailed were factually untrue.

This seems to be the latest claim in a series of incidents seeking to baselessly cancel my cast mates and me.

I have always taken sexual assault allegations seriously. But it was proven that this account was created specifically to create false stories about me and my cast.

I can’t think of something more twisted than lying about sexual assault.

It invalidates the men and women who are…brave enough to come forward with the truth.

This kind of lie can ruin lives and careers—and I can call it a lie because the person who made the allegations already admitted that the stories were fabricated.

We are looking into taking legal action.

This kind of sick behavior only harms true survivors. This was incredibly triggering for me and scary because I’ve always supported survivors and believed them.

I hope and pray that this does not discourage real survivors from speaking out about their experiences.

This goes way beyond any kind of typical trolling, but Sprouse and Reinhart both slammed a certain faction of social media users back when they were dating.

Morgan, meanwhile, retweeted Sprouse’s Tweets as well as one from actress Madelaine Petsch.

The latter went off herself in response to these unfounded claims, writing online over the weekend:

I am so taken aback right now.

My heart is really hurting for my friends and castmates who went through this today and I hope that everyone knows how serious it is to accuse somebody of that.

I hope they understand the severity of what that does to people who have actually been through that.

It takes away the power from the victims who have gone through this, takes away the voices of people who want to come forward and talk about their experiences because it just validates the whole narrative that people lie about this stuff.

The easy trick for fixing a broken nail