Rihanna Is Really Determined to Make the Mullet Happen

Rihanna is at it again. And by it, we mean wearing one of her most divisive hairstyles: the mullet.

The singer was photographed outside one of her favorite Santa Monica restaurants, Giorgio Baldi, on Tuesday, sporting the daring hairstyle. For her outing, Rihanna paired her ‘do with an equally edgy outfit that included a vintage-inspired Pantera tee bearing a single marijuana leaf, coordinating green-and-white split-hem pants, and strappy white lace-up pumps courtesy of her own Fenty line. 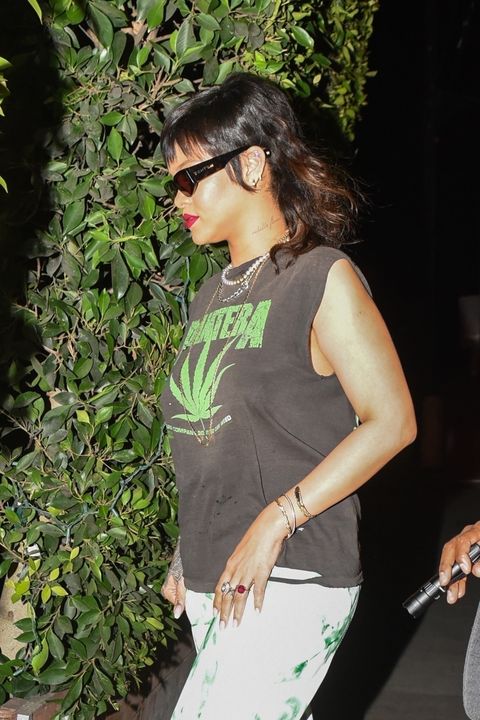 RiRi’s night out this week wasn’t the first time that she’d worn a version of the hairstyle, however. The singer and business mogul debuted the daring look back in 2013 while attending an Opening Ceremony runway show at New York Fashion Week. At the time, Rihanna paired the hairstyle with a silver minidress, a black choker, and oxblood-hued nails and lips. 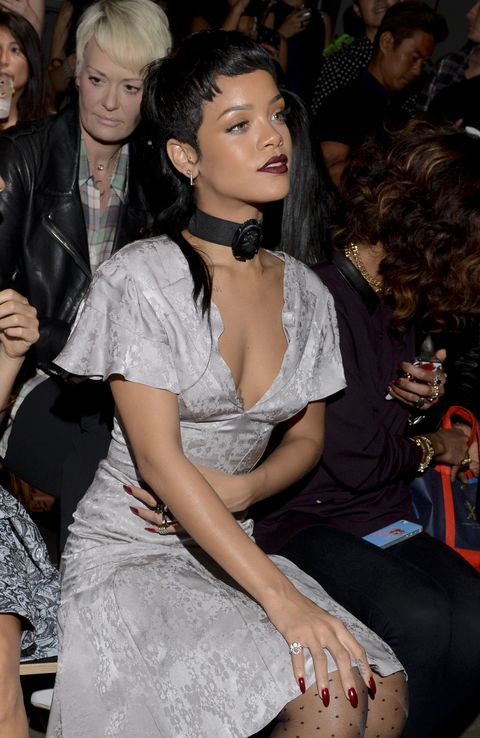 Years later, while teasing the return of the mullet during a preview clip of her over-the-top Savage x Fenty presentation, which aired on Amazon Prime Video back in October, Rihanna again rocked the polarizing hairstyle.

This commitment to the mullet marks a dramatic hair switch-up for the singer. Just last week, she was photographed again outside of Giorgio Baldi, but instead, she wore her hair in waist-length box braids that were pulled back and paired with an oversize plaid-print coat, a white hoodie and matching jogger sweats, chunky silver chain-link jewelry, and another pair of bright white pumps by, of course, Fenty.