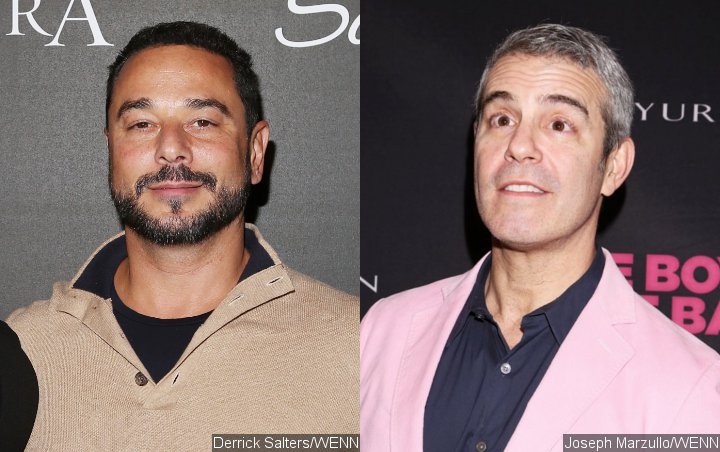 AceShowbiz –
Jim Marchese, who appeared in season six of “The Real Housewives of New Jersey“, has ignited fury amongst social media users after he made offensive comments about the LGBTQ community. His remark was made in defense of Kevin Hart‘s homophobic tweets.

Linking a tweet which said that straight male would find it hard to accept his son coming out to them, the reality star noted, “So true NO STRAIGHT MALE wants his son to be gay. A gay son is a curse that takes away your #family traditions #heritage #lgbtiq is a a parents nightmare that destroys families. Ruins holidays like #Christmas.”


Knowing fully well that his comment would spark backlash, Jim called his haters “bigots.” He added, “Not one comment from a straight male who has sons. Third: Europe is importing muslim men because #LGBTIQ has caused a crisis due to lack of children being born.”

The husband of Amber Marchese added in another tweet, “For those pushing #LGBTIQ agenda show me a single credible study which links genetics. Being gay is a physical act derived in sexual deviance by definition. No one is born gay. It is a lifestyle choice like being vegan. Get over it. You are #FakeNews.”

Among those who slammed him for his homophobic rant was “RHONJ” executive producer Andy Cohen. Responding to a fan who thanked him for firing Jim from the Bravo show, he said, “Thank gd is right. Sick. Pray for his poor kids.” He doubled down on his criticism by saying, “Just pray for his poor children.”

But Jim wouldn’t let Andy had the last laugh. In response to the shade, he wrote, “Creepy that @andy trolls my account. IT is SICK to refuse to have women viciously attack & abuse each so you can be famous & become wealthy.”

Andy has yet to respond to the clap back.