‘Real Housewives of Miami’ newcomer Guerdy Abraira wants fans to be prepared for a wild reunion with the cast. She teased the ‘theatrical’ event in an EXCLUSIVE interview with HollywoodLife.

The Real Housewives of Miami is on fire. Peacock’s decision to revive the reality series for season 4 has paid off, thanks to the wild drama going on in the Sunshine State between cast members like Larsa Pippen, Alexia Echevarria, and Adriana de Moura. Guerdy Abraira, one of this season’s newcomers, is also bringing the heat. The wedding/event planner and mother of two has gotten into it with Adriana, all the while organizing Alexia’s wedding and opening up about a past family tragedy. Safe to say, Guerdy’s made an impact!

Guerdy talked all about her reality TV debut in an EXCLUSIVE interview with HollywoodLife. She even teased that there’s “crazy” drama coming on the remaining episodes and at the reunion, which the cast already filmed. 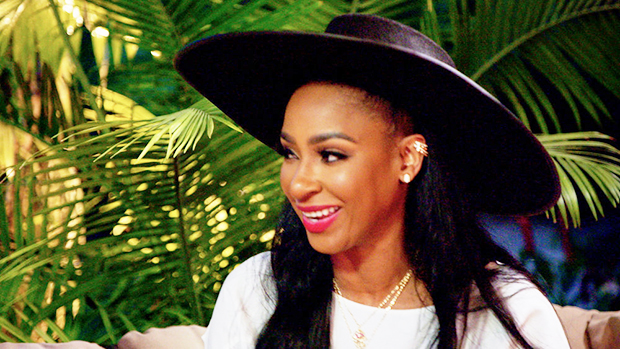 HOLLYWOODLIFE: Were you hesitant at all to join ‘RHOM’ once you got the call from producers?

GUERDY ABRAIRA: It’s funny, because my initial reaction was, ‘Oh, this is meant to be.’ And then when I started to think through the whole thing I’m like, ‘Well what is this? What is that?’ And all the lies that could ruin my reputation. But I’m a good person. I’m a hard worker. So I decided to definitely take a leap of faith.

HOLLYWOODLIFE: Did you find it difficult to break into the group, since most of these ladies (Marysol, Alexia, Lisa, etc.) have been friends for years?

GUERDY ABRAIRA: Absolutely. It’s always hard, whether you’re on a show or not. Just given the fact that they all cling to each other and then years later, here you are trying to reboot, the pressure was on. So I feel like they may have just clinged on to each other initially for moral support important, and then things evolved when we got to know each other. A lot of things have changed today, that’s for sure.

HOLLYWOODLIFE: We’ve seen you bicker with Adriana a few times this season, including at the birthday party you threw for Julia [Lemigova]. Why didn’t you guys see eye-to-eye?

GUERDY ABRAIRA: Adriana had the most conflict with me, than I did with her. What’s happening is she felt intimidation obviously with Julia and I’s relationship. There’s a couple dinners and lunches that we went to without her. And I think that she went into Mother Bear mode and defended her status with Julia in such a way that was not the way I would have handled it. She tried to come for my design skills, which was interesting. And so, it all evolved into what it is now. I think she realized that maybe her approach was not the best. 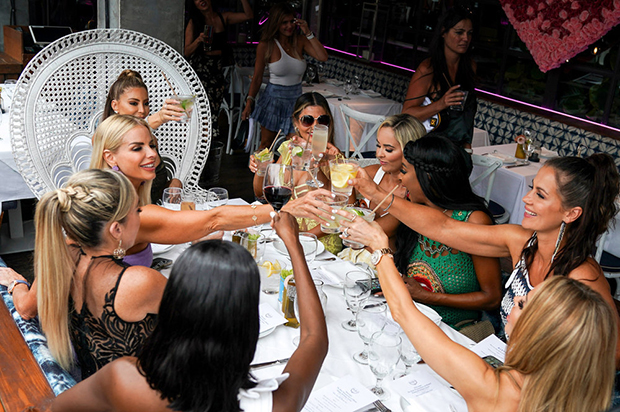 HOLLYWOODLIFE: What do you make of Larsa? Did your opinions of her change once you got to know each other during filming?

GUERDY ABRAIRA: Larsa, to me, is a caring person, driven. I think she’s got a lot to prove to herself and to her family and so forth. I think it’s amazing how good of a mother she is. Her motherhood is really respectable. I think that’s amazing. She was with this guy [her ex-husband, Scottie Pippen] for many years. That is in itself someone who is loyal. I find her to have great personality traits, and she’s a fun girl.

HOLLYWOODLIFE: You’ve briefly opened up on the show about your brother and two of his kids who died in the 2010 Haiti earthquake. Were you nervous about discussing that on camera?

GUERDY ABRAIRA: 100%. Some people don’t understand the depth of that sorrow. I started to want to share, but then I realized that again, some people are not ready to have that depth of conversation. So I kind of retracted from that. In good time, hopefully in the future, it’ll be a moment I can share with them in detail. But to be honest, that is a very low point in my life. It’s not something I like to spit out and say to people all the time. I live everyday for those who unfortunately are no longer with us and they are my motivation. So I have angels that have my back. I’m a lucky girl.

HOLLYWOODLIFE: What can tease about the rest of the season? There looks to be more drama going on in the Hamptons.

GUERDY ABRAIRA: There’s quite a lot of things that are going to happen. You guys already saw the teaser with the infamous bachelorette party. It gets crazy. It’s volatile. I try to help out. The wheels keep on moving between Adriana and Larsa. Adriana and Julia have some incredible moments together. I think the viewers will be quite entertained.

HOLLYWOODLIFE: And then comes the reunion, which you have already filmed. Were you nervous going into it? And now that it’s over, what can you spill?

GUERDY ABRAIRA: I feel great about how it turned out. It was nerve-racking for sure. I didn’t know who was gonna come with receipts, and I definitely was ready with mine. But you guys are gonna flip out when you see some of the stuff that happens. It’s quite theatrical. You’ll see what I mean.

Want more? New episodes of The Real Housewives of Miami drop on Peacock every Thursday.

Gordon Ramsay has to make do with a £12,000-a-month flat
World News