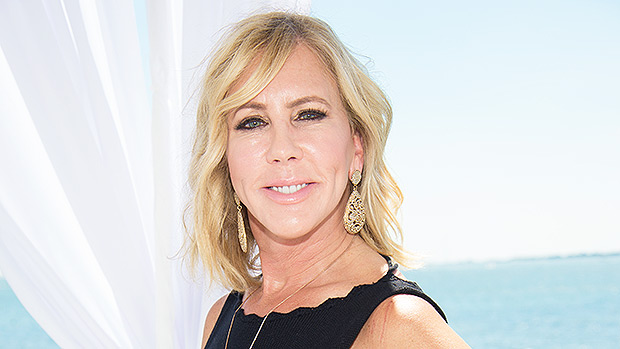 Congratulations are in order for Vicki Gunvalson. The ‘Real Housewives of Orange County’ star is about to get married, as her boyfriend, Steve Lodge, got down on one knee – and she said yes!

“I said yes!” Vicki Gunvalson, 57, posted on April 26 when announcing her engagement to Steve Lodge. The Real Housewives of Orange County star’s smile was as bright as the giant rock now attached to her finger, as she made sure to show off the engagement ring Steve got her. Vicki’s fans were overjoyed to find out that she and Steve were about to get married, filling her comments sections with well-wishes. “Omg!!!! Best news ever! Congratulations to you both!!” “congrats love from you deserve to be happy” “Soooo happy for you both!!!! My princess is engaged!!”

Vicki and Steve have been dating for about three years now, according to Bravo. Their romance began thanks to a chance meeting at a Boys & Girls Club charity event near Anaheim, California. The couple seemingly indicated that an engagement was coming in February when they took a trip to Las Vegas. While Vicki noted that she had “great business meetings here” in Sin City, it was clear that they were mixing business and pleasure.

She said on her Instagram Stories that Steve had a “surprise” for her, and while some wondered if they were going to elope, she quickly clarified that “we’re not getting married.” Instead, the couple took a trip to see the Cirque du Soleil show “Le Rêve” after Steve surprised his love with a pair of tickets. Who knew that two months later, he would pull off the ULTIMATE surprise by proposing to her?

It seems like everything is turning up roses for Vicki. She has a new fiancé, it sounds like her business is good – so long as you ignore how she was dragged for trying to use Luke Perry’s death to promote her insurance and financial service business – and she’s not leaving Real Housewives of Orange Country. Vicki, who has been a part of RHOC since the show’s first season, was reportedly leaving the show ahead of Season 14, but as a source EXCLUSIVELY told HollywoodLife.com, that’s not the case. “Vicki is excited to be filming RHOC right now,” the insider said. “Despite reports and rumors she wasn’t coming back, she is filming right now and is returning to the show. … They started filming a few weeks ago and all the ladies from last season are returning.” Wait, does that mean her engagement will be on the next season?

NASCAR's Talladega Superspeedway is so big, you could fit all 14 SEC football stadiums inside