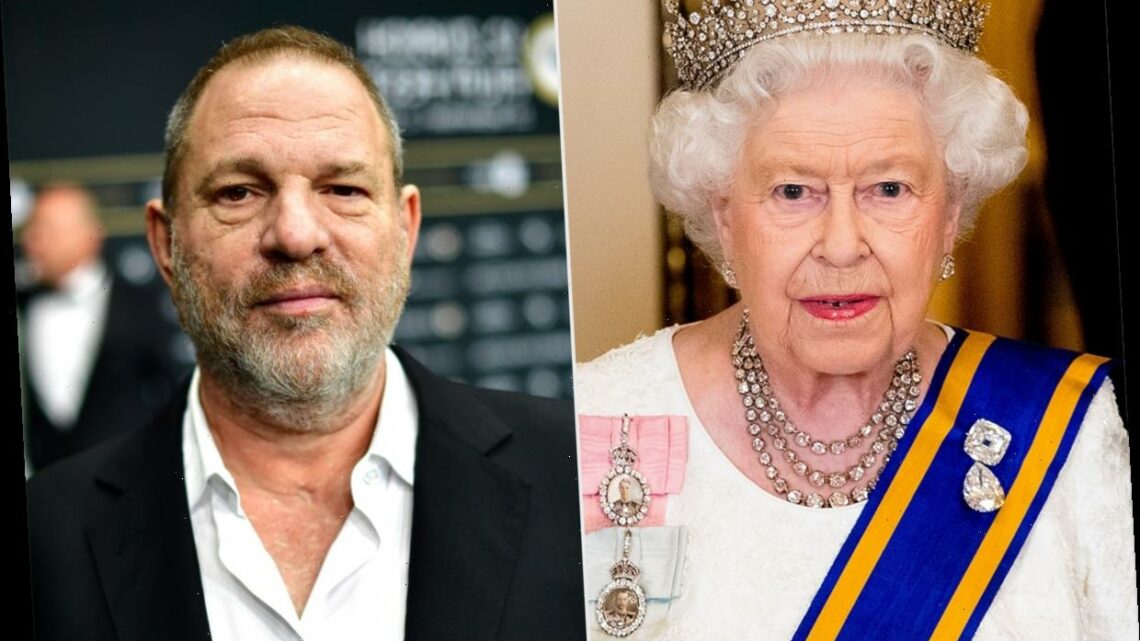 "The Queen has directed that the appointment of Harvey Weinstein to be an Honorary Commander of the Civil Division of the Most Excellent Order of the British Empire, dated 29 January 2004, shall be cancelled and annulled and that his name shall be erased from the Register of the said Order," The London Gazette announced in an official statement on Friday.

Removal of official U.K. honors is rare, though possible when the recipient has brought the honors system "into disrepute," according to the U.K. government. The Queen, 94, follows the advice of the forfeiture committee.

Weinstein was bestowed the honor of Commander of the Most Excellent Order of the British Empire (CBE) for his contribution to the British film industry in 2004.

"My life and my career have been greatly influenced and enriched by great British film-makers and authors, and so I am especially honored and humbled to be receiving the CBE," he said at the time. Queen Elizabeth and Weinstein, 68, met at a Reception for the Dramatic Arts held in Buckingham Palace the same year. They were photographed shaking hands. Weinstein is currently serving a 23-year sentence after being found guilty in February of first-degree criminal sexual act and third-degree rape at a New York City court. The Hollywood mogul also faces multiple sexual assault charges in California. Weinstein has denied allegations against him.

Although more than 80 women have claimed they were victimized by Weinstein, according to The New York Times, the charges in the Manhattan trial were focused on only two women: former production assistant Miriam “Mimi” Haleyi and aspiring actress Jessica Mann.