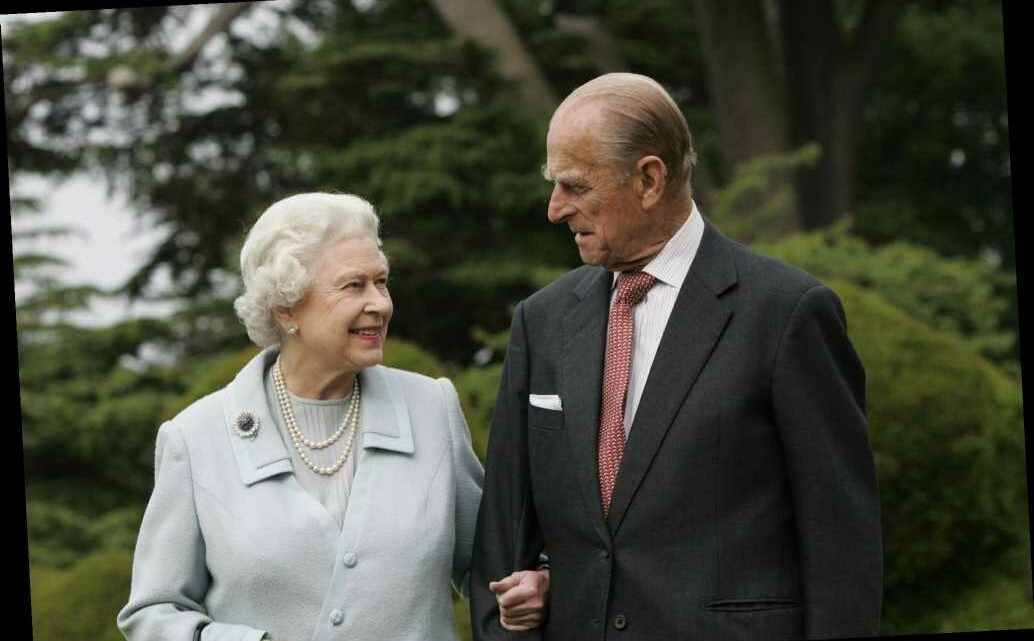 At 94 and 99 years old, Queen Elizabeth II and Prince Philip still have plenty to celebrate, including their wedding anniversary tomorrow. Ahead of the actual date, which marks 73 years of wedded bliss, the royal family posted a new snapshot on Instagram that includes a sweet sentiment from their grandchildren, Prince George, Princess Charlotte, and Prince Louis.

According to the caption, the photo was taken earlier this week at Windsor Castle. In the shot, Elizabeth and Philip are shown admiring a card made by their grandkids, as well as a collection of other cards from other "well-wishers."

"This new image has been released to mark the 73rd wedding anniversary of The Queen and The Duke of Edinburgh tomorrow. In the photograph Her Majesty and His Royal Highness are seen looking at a cheerful, colorful anniversary card made by Prince George, Princess Charlotte and Prince Louis, alongside other cards and letters sent by well-wishers," the caption reads. "The photograph was taken by @Chrisjacksongetty in the Oak Room at Windsor Castle earlier this week."

People adds that Elizabeth is wearing a special brooch in the photo. The bold blue diamond-and-sapphire brooch, called the Chrysanthemum Brooch, also made an appearance in a photograph from the couple's honeymoon. In the other photo, the duo is walking through the gardens at Broadlands in Hampshire. She wore the same piece in photos released for her 60th wedding anniversary back in 2007. Assuming that things return to some sort of normal next year, the royals have plenty more to celebrate. Prince Philip's 100th birthday will be in June and plans are already underway to commemorate the queen's Platinum Jubilee, which will mark 70 years on the throne, in 2022.