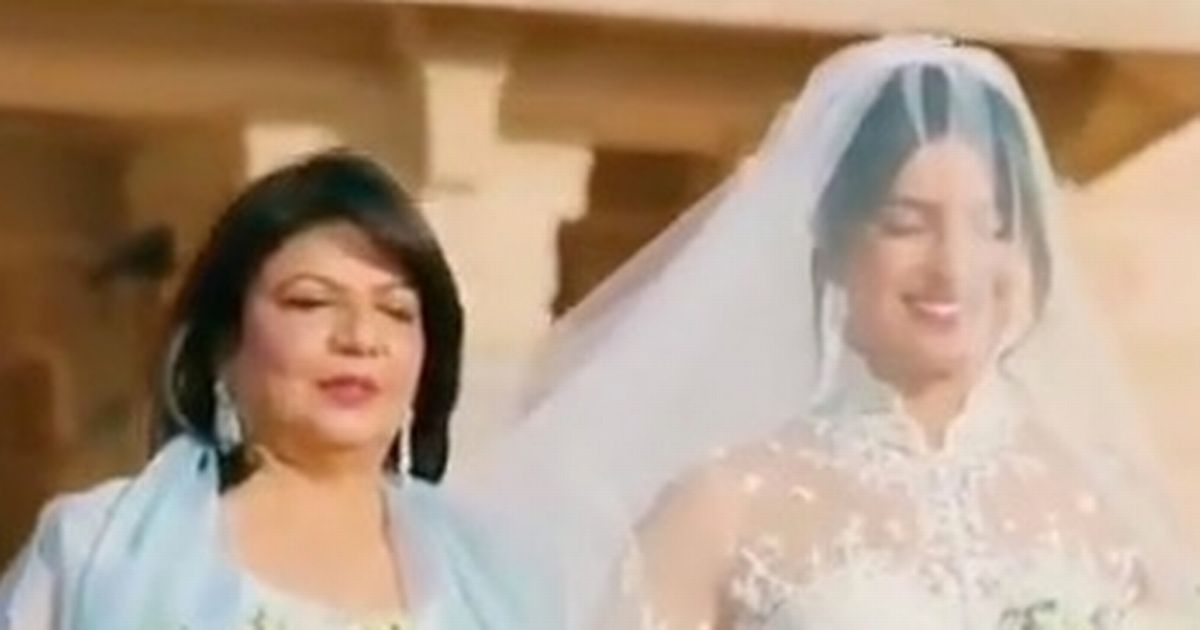 Priyanka Chopra wore a shockingly long veil in the penultimate event of her week of wedding ceremonies.

She and Nick Jonas tied the knot over a week in Mumbai, which had various rituals before the Hindu ceremony, and a Christian ceremony officiated by Nick’s dad before they headed to Delhi for a big reception.

But one of the stand-out items of clothing worn throughout the week was her 75ft veil, which she sported alongside a dazzling Ralph Lauren dress.

Nick wore the same designer as he wore a double-breasted black tuxedo with a purple lapel, which had a lace from the bride’s dress sewn into it with the Urdu words "my jaan," meaning "my life."

Before this, after some fun receptions in Mumbai, the group flew over to Jodhpur, and Priyanka got some last minute fittings at the JW Marriott hotel ahead of the marriage ceremony, with designer Sabyasachi Mukherjee landing shortly after the happy couple, sparking speculation that he may have designed some garments.

At the Umaid Phawan Palace on Friday, both sides of the families performed songs and dances for the couple in the Sangeet, in an incredible performance which lit up the entire area, though Priyanka joked it was a "fierce competition" for the families.

Next was the mehendi, the applying of henna before the wedding, and Priyanka shared her happiness over this, saying: "One of the most special things that our relationship has given us is a merging of families who love and respect each other’s faiths and cultures.

"And so planning our wedding with an amalgamation of both was so so amazing."

She added they "made it our own" and they both dreamed of kicking off their celebrations as they did.

Nick wore a beige, plain Indian suit while Priyanka amazed the group with a brightly coloured dress, and Sophie wore a black and gold sari.

The pair finished off the ceremonial section with a Hindu ceremony, for which Priyanka wore a red lehenga, designed by Mukherji, which had a Chopard 16-carat, oval diamond headpiece and carats of diamonds set in white gold for the necklace.