Home » Celebrities » Priyanka Chopra & Nick Jonas: Why We Won’t Have Kids ‘For A Very Long Time’ 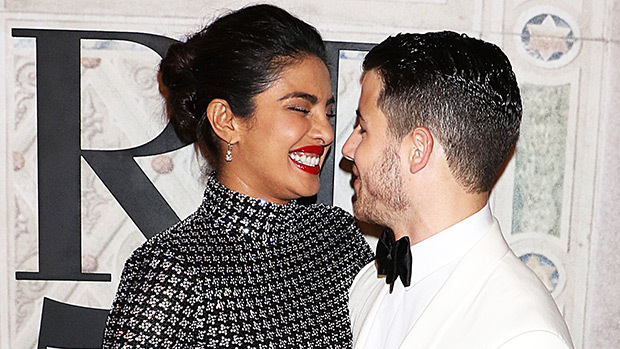 Priyanka Chopra & Nick Jonas: Why We Won’t Have Kids ‘For A Very Long Time’

Newlyweds Priyanka Chopra and Nick Jonas are enjoying their first days as husband and wife and in a post-wedding interview, they revealed that although they want a family, they will wait a while before starting one.

Priyanka Chopra, 36, and Nick Jonas, 26, just got hitched but they’re already talking about a future with a family! Just a few days after their beautiful wedding ceremonies, the happy couple talked about their desire to have children in the future but admitted that they’re not in a rush. “I always say, ‘Man proposes, God disposes.’ We definitely want kids, and when the time is right, it will happen,” Priyanka told People in an interview for their cover story issue. “Let us be married first for a while before we have to make all these big decisions,” Nick added. “We’re in our honeymoon period right now and we will be for a very long time.”

The newly married couple are set to go off on their actual honeymoon soon but they are currently staying in India to take care of some things first. Although they may wait a while before welcoming children into the world, a source previously told us that they want to get started shortly after their wedding. “All Priyanka’s friends are expecting they won’t waste time when it comes to starting a family,” the source revealed. “That’s a priority for them.”

Whether or not we see a little one from Priyanka and Nick soon or not, the lovebirds still know how to steal the spotlight. They enjoyed a 5-day wedding extravaganza in India and it included a magical Hindu ceremony to honor Priyanka’s cultural background and a Western ceremony to honor Nick’s. “The emotions were running high during the ceremonies, I think especially during the Western wedding for me,” Nick explained. “You know you think your whole life about that moment. Honestly, I could not have imagined it would be as perfect as it was. It was highly emotional.”