Home » Celebrities » Priyanka Chopra: ‘My quest is not people’s opinions. My quest is my job.’

Priyanka Chopra: ‘My quest is not people’s opinions. My quest is my job.’ 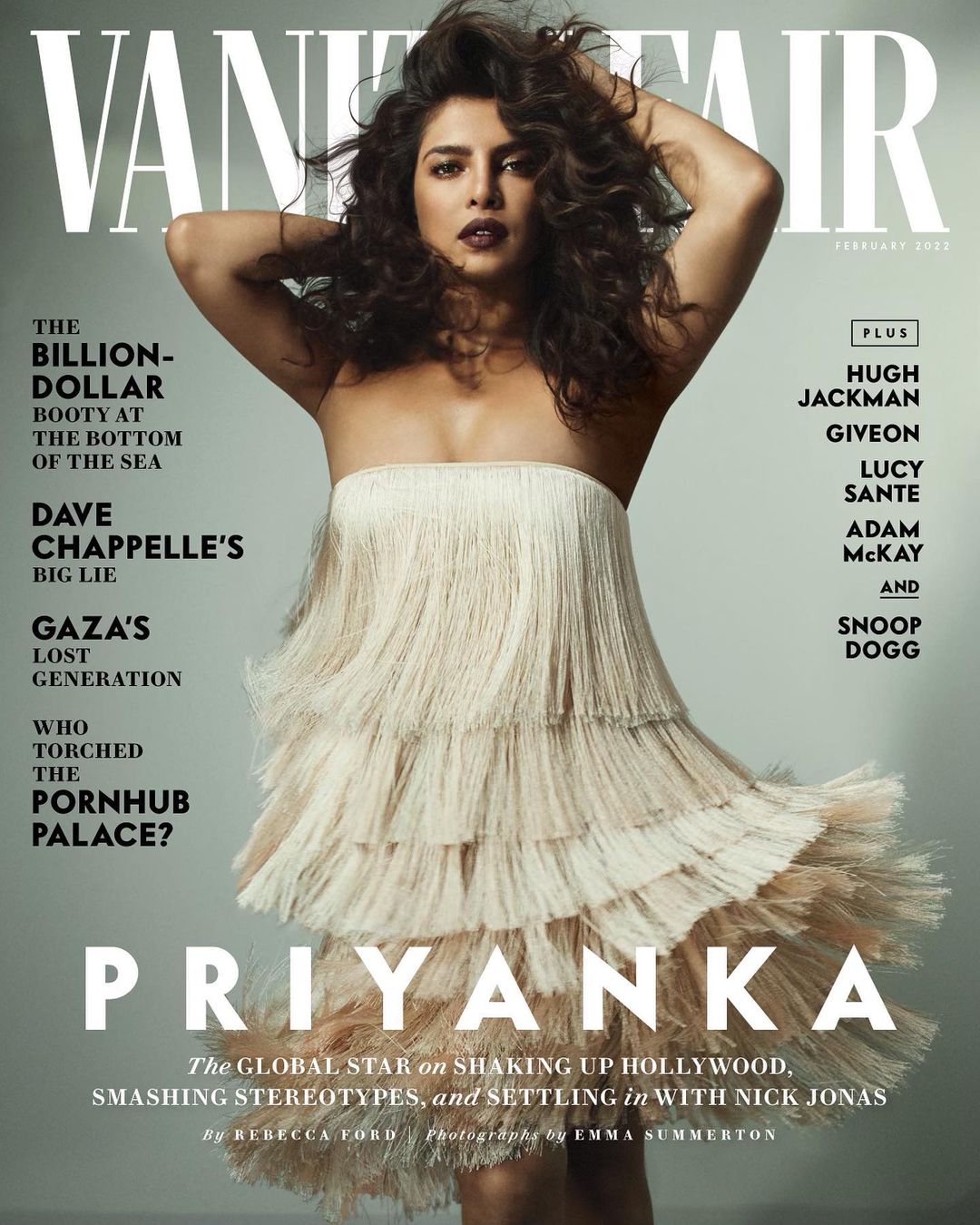 Priyanka Chopra covers the latest issue of Vanity Fair. She’s promoting a variety of projects – her memoir, Unfinished, is a NYT bestseller. She’s raised millions for charity for India during the pandemic. She opened an Indian restaurant in New York. She was in The Matrix sequel. This year, she’ll be in Text for You and a new Amazon Prime series called Citadel. She stayed in LA with her husband Nick Jonas for the first six months of the pandemic, but ever since then, she’s been working non-stop. The vibe from the interview is that her marriage is fine, btw. Nick is around for the interview and she makes some references to finally slowing down and starting a family (the news about Pri and Nick welcoming a baby via surrogacy came out after this interview). You can read the full piece here. Some highlights:

She & Nick spent a lot of time apart during the pandemic: “I want to be at home. I’ve been away for almost a year now.” At the moment, her husband is occupied upstairs. “We both have a shoot today. So that’s the thing about this house—both him and I have had 20-year careers, and I think we finally built a home that accommodates our individual lives.”

She wants South Asian leads to be accepted in Hollywood: “It’s taken a lot of pavement pounding to be able to get people’s attention, and to be able to get an acceptance of the fact that someone like me can be the lead of a Hollywood feature. There’s very few of us from South Asia who get to do that. I hope that the part that I play in it will sort of push the envelope a little bit. Quantico for me was a really big win. Not just because of being the first time an Indian or South Asian actor was lead of a network show, but, more than that, because I was not put in the box, like the show wasn’t My Big Fat Indian Wedding.”

What she needed to do to get ahead: “I’m scared to say this…When I first came here, to get the attention, I had to sort of shed my ethnicity a lot more so that it was not alien. I had to play parts which were more American to get a seat at the table. Now that I’ve got a seat at the table, I’ve reverted back to playing parts that embrace my ethnicity.”

She’s tired of her Bollywood work being ignored or dismissed: “I’ll be mad, I’ll be angry, I’ll be annoyed. I’ll speak about it to my family. I might cry a little bit, but it doesn’t change my relationship with my work and what my actual quest is. My quest is not people’s opinions. My quest is my job. My quest is making sure that when someone watches something that I have done, it moves them or they enjoy it. My personal life, who I am, all of that is not my job.”

On social media: “It’s a very vulnerable feeling, actually, that if I post a picture, everything that’s behind me in that picture is going to be zoomed in on, and people are going to speculate. It’s just a professional hazard…. Because of the noise of social media, because of the prevalence that it has in our lives, I think it seems a lot larger than it is. I think that we give it a lot more credence in real life, and I don’t think it needs that.”

On wanting kids: “They’re a big part of our desire for the future. By God’s grace, when it happens, it happens… No, we’re not too busy to practice.”

She’s ready to take a real break: “I’ve always been such a worker bee. My priority has always been the next job. I’m a very, very ambitious person. But I think the woman in me is craving balance. I’m craving my family life. I’m craving being able to do things for the soul that I didn’t do because I was just ‘blinders on’ and working.”

Becoming introverted: “I think maybe that’s why I’m becoming a lot more introverted as I go along on this journey in the entertainment business now. I’m starting to protect myself a lot more because I realize how much it takes out of you. It takes a part of your soul, constantly trying to make sure that you say the right thing, do the right thing, dress the right way, not make a mistake, not trip because the whole world is going to watch. Or not fall when you’re walking up on a red carpet or say something wrong or have a bad f–king day.”

She also says that when the time comes to slow down and have a kid, they’ll both be fine with it. Which I believe – she sounds burnt out on work and traveling in a pandemic. As for the work she’s done… her journey has been different than, say, Mindy Kaling or Kal Penn or any Indian-American actor. Priyanka came to Hollywood as a fully-formed and huge Bollywood star, who had the lead in dozens of Indian productions, and she sought to build that kind of career for herself in Hollywood. I do think she was let down by all of the racist roadblocks put in her path, the lack of imagination from producers and the gatekeeping of “who gets to be a star.” It f–king sucks.

Southampton vs Norwich: What time is it on, where can I watch it, and what are the latest odds for the FA Cup third round replay?

Wayne Rooney, wife Coleen and their children all smiles as they're spotted with McDonald's Happy Meal after star's 'drunk in public' arrest
World News