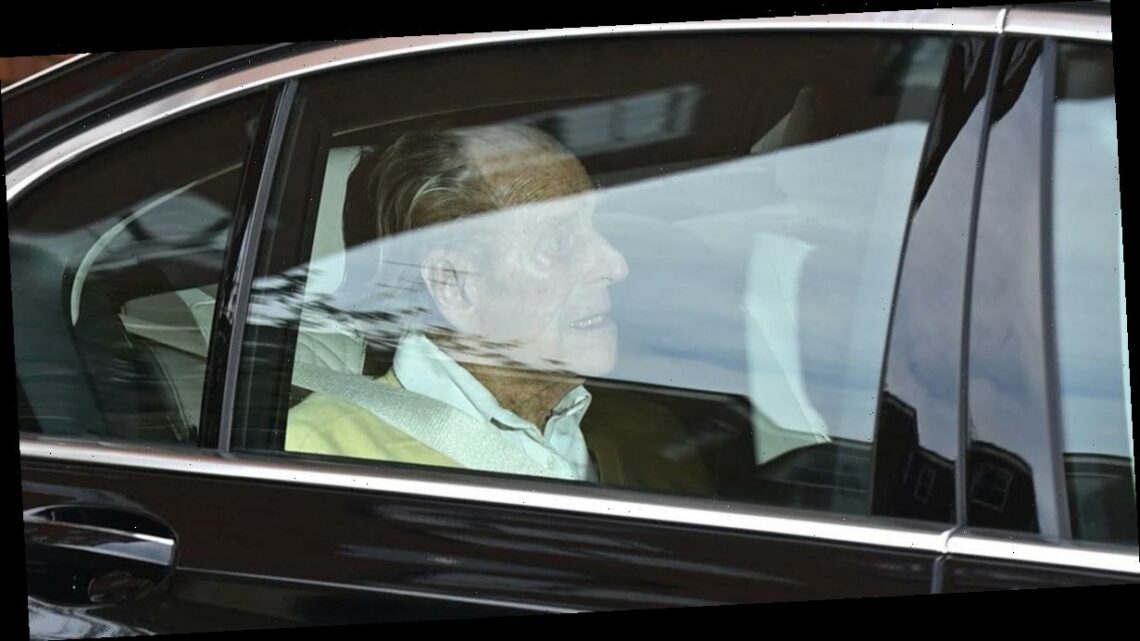 Prince Philip, 99, walks out of hospital after month stay recovering from medical procedure for pre-existing condition

Prince Philip has left hospital after recovering from a procedure for a pre-existing heart condition.

The Duke of Edinburgh was admitted to King Edward VII Hospital on 16 February with the intention of staying there "for a few days".

He was then moved to St Bartholomew's Hospital in the City of London ambulance do undergo a medical procedure, which was "successful".

The 99 year old has now managed to walk out of hospital and was photographed sitting in the back seat of a BMW as he headed out on Tuesday, 16 March.

The royal could be seen wearing a plain white shirt, which was buttoned up to the top, with a yellow jumper and appeared to be a in cheery mood to be heading out after 28 nights in the care of doctors – his longest stay in hospital ever.

In early March, Prince Philip had a "successful procedure" as Buckingham Palace said in a statement: "The Duke of Edinburgh yesterday underwent a successful procedure for a pre-existing heart condition at St Bartholomew's Hospital.

"His Royal Highness will remain in hospital for treatment, rest and recuperation for a number of days."

ITV News' royal editor Chris Ship wrote to his 77,000 Twitter followers shortly after the news broke: "It's possible Prince Philip had a stent fitted which was one of the predictions from experts when the Duke was moved to the cardiac specialist @BartsHospital on Monday.

"He had a stent fitted in 2011 following a blocked coronary artery."

During his stay in hospital, Prince Philip was visited by several members of the Royal Family including his son Prince Charles.

The Duke of Cambridge, Prince William, 38, told reporters that his grandfather was "OK" and that medics were "keeping an eye" on him.

Prince Philip's son Charles, 72, went to visit him upon his personal request to discuss the Royal Family's future, an inside source revealed.

In an interview on True Royalty TV’s The Royal Beat, Dickie Arbiter explained that Prince Philip was likely concerned about the future of the Royal Family.

Explaining on the show, he said: “I think it was at the request of the Duke that the Prince of Wales visited.

“To lay the ground. Look the man is 99, he is in with an infection. My guess is that he will come out, he will walk out and he will go back to Windsor.

"But eventually he is going to die and he was just saying to Charles, ‘one day you are going to be the leading man of the family.’"

Four-sided friendship is history in the making
World News