Home » Celebrities » Prince Louis Is 1! Every Sweet Detail We Know About the Littlest Royal: 'He's Always So Happy' 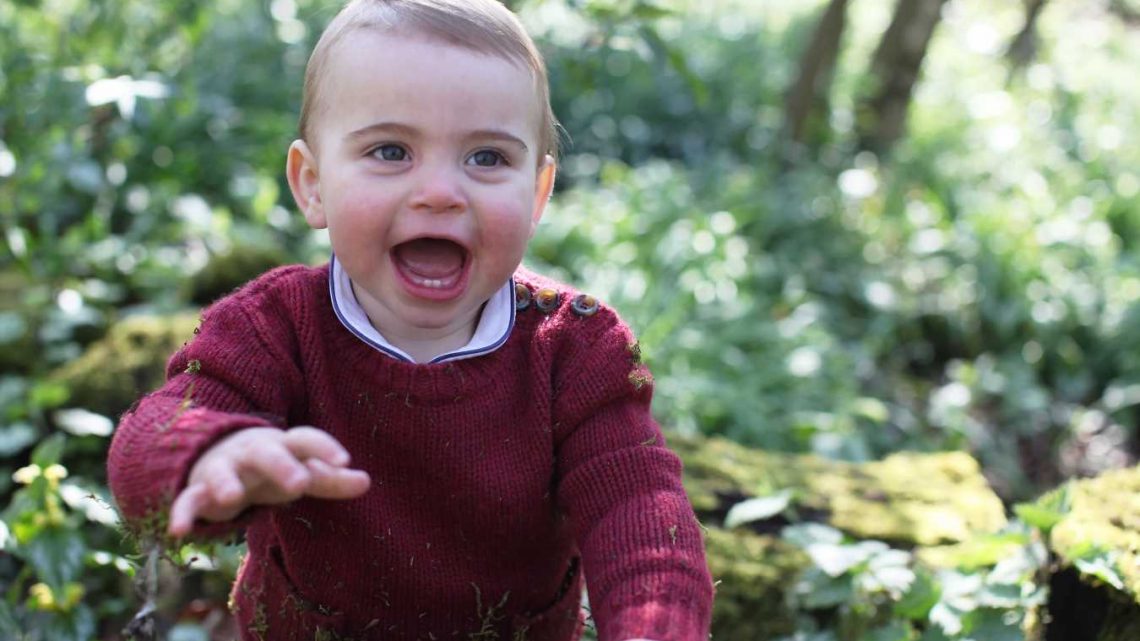 Prince Louis Is 1! Every Sweet Detail We Know About the Littlest Royal: 'He's Always So Happy'

He’s only 1 year old, but we already know quite a bit about birthday boy Prince Louis. Here is everything we know about the little royal so far.

2. His name is Prince Louis Arthur Charles.
All three of his names are a nod to family members.

3. He weighed 8 pounds, 7 ounces at birth.
That’s more than either Prince George or Princess Charlotte weighed when they were born.

4. He was born at the Lindo Wing at St. Mary’s Hospital.
The hospital, located in London’s Paddington neighborhood, is where both his siblings were born as well as his dad.

5. He went home the same day he was born.
And mom Kate Middleton was nothing short of unbelievable when she stepped out holding little Louis just seven hours after giving birth.

7. His name has family connections.
Not only is it one of his dad’s middle names, it’s also a nod to Louis Mountbatten, Prince Louis’s great-grandpa Prince Philip‘s uncle, who was a father figure for Charles and was assassinated in 1979.

Arthur is one of William and Charles’s middle names, while Charles, of course, is his grandpa’s name.

8. He had quite a few special visitors after his birth.
The list includes aunt Pippa Middleton (who is currently expecting her first child with husband James Matthews), uncle James Middleton, grandma Carole Middleton, and his father’s cousin, Princess Eugenie.

8. William and Kate waited four days to announce his name.
That’s likely so they could introduce Charles to his new grandson in person.

9. He’s a good sleeper.
That’s according to dad William, who said that Louis was “behaving himself” at an Anzac Day service. However, William was also caught nodding off during that same service!

10. He’s got some famous fans.
Like Louis Tomlinson, who tweeted that he’ll take his fellow Louis “under my wing.” He also got a hello from former First Lady Michelle Obama, who tweeted that she can’t wait for their “Kensington Palace pajama party.”

11. He missed out on the royal wedding.
While his older siblings George and Charlotte served in Harry and Meghan’s bridal party, little Louis stayed home during the festivities, while mom Kate made her first official post-baby debut.

12. He almost slept through his royal christening.
He was totally undisturbed when his mom carried him into the Chapel Royal at St. James’s Palace on July 9 and napped in her arms even as greeted Archbishop of Canterbury Justin Welby, who led the ceremony. “Let’s hope he stays like this!” Princess Kate told him.

13. Big sister Princess Charlotte adores him.
In one of his christening portraits, Charlotte devotes all her attention to Prince Louis, holding his hand and staring at him in awe — definitely a sweet moment for the family’s biggest show-stealer!

14. His smile is irresistible.
Little Louis’s gummy grin was the best part of the last official christening portrait shared with the public. In fact, it was so sweet that Will and Kate decided to release it, even though it was taken only for the family to see.

The littlest member of the family is the spitting image of his big brother in portraits released by the royal family in November to honor the 70th birthday of Prince Charles. Louis’ pinch-worthy cheeks, a trait George and Charlotte were known for as babies, are display as he’s held by Kate.

16. His hair is darker than his siblings’ locks.

Louis seems to be taking after his mom! Although George is a blonde like his father and grandmother, Princess Diana, the little prince’s locks appear to be growing in darker.

17. Louis already has a bond with his grandfather.

Louis grabs hold of Prince Charles’ hand in a sweet photo, which appeared in the BBC One documentary, Prince, Son and Heir: Charles at 70. It’s no surprise, as William says in the documentary that his father is “brilliant” with the children.

The Cambridges released their first holiday photo as a family of five – with Prince Louis looking directly at the camera while cuddled in his mom’s arms. The holiday portrait was taken in early fall at their country home, Anmer Hall in Norfolk.

19. The little royal has crawling down pat…

Kate shared an exciting update on her 9-month-old son while talking with the crowd gathered outside the Victoria and Albert Museum in Dundee, Scotland, in January. Photographer Mark Stewart, who was among those capturing the visit, says that Kate told a woman that “Louis is a fast crawler.“

“Louis just wants to pull himself up all the time,” Kate told fellow parents during her March visit to the Henry Fawcett Children’s Centre. “He has got these little walkers and is bombing around in them.”

21. His two front teeth have come in

The little prince showed off his toothy smile in his first birthday portraits (taken by mom Kate!). Louis looked like the perfect combination of his two older siblings in the adorable shots.

“He really is the most cheerful, smiley little boy – he’s always so happy and content,” a source tells PEOPLE of Prince Louis.