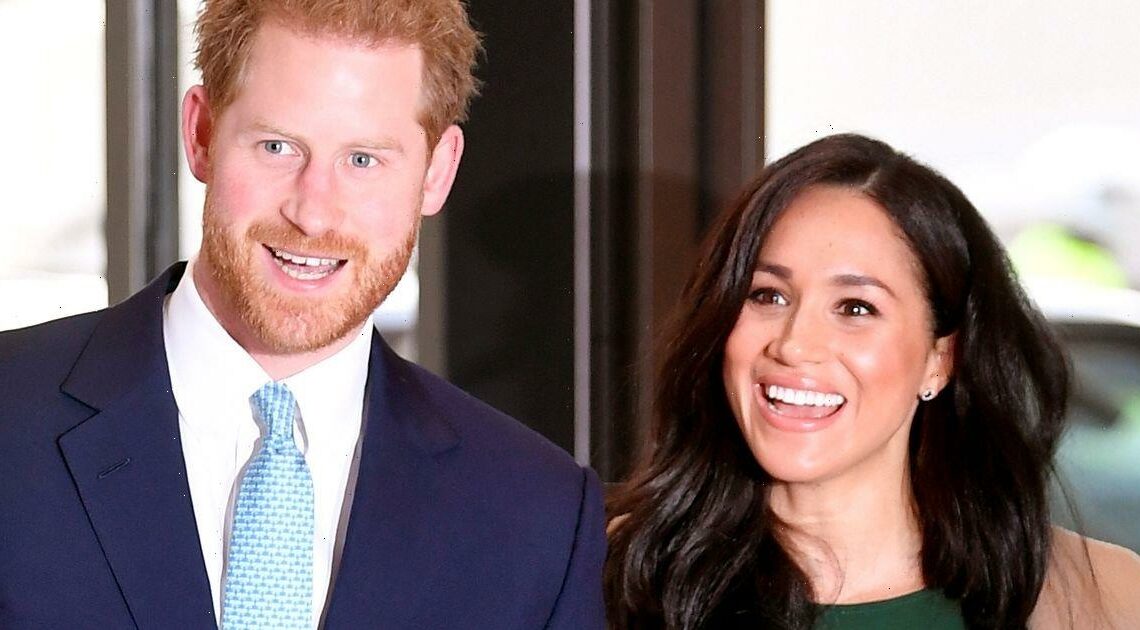 Prince Harry has revealed a fight with his wife Meghan Markle led him to seek out professional help for his mental health struggles.

The 36 year old, who reportedly could stay in the USA permanently after scrapping their UK charity, opened up on his new Apple TV+ series with talk show host Oprah Winfrey called The Me You Can't See.

The Duke of Sussex continued: "I knew that if I didn't do the therapy and fix myself that I was going to lose this woman who I could see spending the rest of my life with."

The royal went on to speak about the very start of his romance with the former Suits actress as he revealed she was the one who told him to go and see a therapist.

Harry said: "There was a lot of learning right at the beginning of our relationship. She [Meghan] was shocked to be coming backstage of the institution of the British Royal family.

"When she said, 'I think you need to see someone,' it was in reaction to an argument that we had.

How to watch The Me You Can't See on Apple TV+?

You can watch the new documentary series, produced by Prince Harry and Oprah Winfrey, by signing up to Apple TV+ streaming service here. The new show, which will air on May 21, explores mental health and emotional well-being and includes featured interviews from Lady Gaga, Glenn Close, NBA star DeMar DeRozan and others about their experiences.

You can subscribe to Apple TV+ instantly for £4.99 a month or try the free 7-day trial, but remember to cancel before the trial ends to avoid getting charged the full subscription fee. Apple is also giving away Apple TV+ subscriptions for free for one year when you purchase a new iPhone, iPad, iPod touch, Apple TV or Mac. Find out more about the offer by visiting tv.apple.com.

This article contains affiliate links, we may receive a commission on any sales we generate from it.Learn more

"And in that argument, not knowing about it, I reverted back to 12 year old Harry."

The Duke said his therapist also told him he was reverting back to who he was at the time of his mother Princess Diana's tragic death after she was hit by a car in Paris.

He continued: "The moment I started therapy, it was probably within my second session, my therapist turned around to me and said, 'That sounds like you're reverting to 12 year old Harry'.

"I felt somewhat ashamed and defensive. Like, 'How dare you? You're calling me a child.'

"And she goes, 'No, I'm not calling you a child. I'm expressing sympathy and empathy for you for what happened to you when you were a child. You never processed it. You were never allowed to talk about it and all of a sudden now it's coming up in different ways as projection'."

Prince Harry, who also said his life "was a nightmare" and accused the Royal family of "total neglect", added: "That was the start of a learning journey for me.

"I became aware that I'd been living in a bubble within this family, within this institution and I was sort of almost trapped in a thought process or a mindset."

Harry later explained how he turned to binge-drinking as he battled the helplessness of being unable to save his mum Diana in 1997.

“I was willing to drink, I was willing to take drugs, I was willing to try and do the things that made me feel less like I was feeling,” Harry explained. “But I slowly became aware that, OK, I wasn’t drinking Monday to Friday, but I would probably drink a week’s worth in one day on a Friday or a Saturday night.

He continued by explaining during his childhood and early adulthood he "wasn’t in an environment where it was encouraged to talk about it either, that was sort of, like, squashed.

“I thought my family would help but every single ask, request, warning, whatever it is, got met with total silence or total neglect.

“Family members have said just play the game and your life will be easier, but I have a hell of a lot of my mum in me. I feel as though I am outside of the system, but I’m still stuck there.

"The only way to free yourself and break out to tell the truth."

He added: “If your parents don’t want to talk about it, and your friends can’t remind you about it, there’s no reason why you shouldn’t say, ‘Hang on a second, I may be the product of my upbringing.’"

Tracee Ellis Ross Calls Out Societal Pressure to Get Married