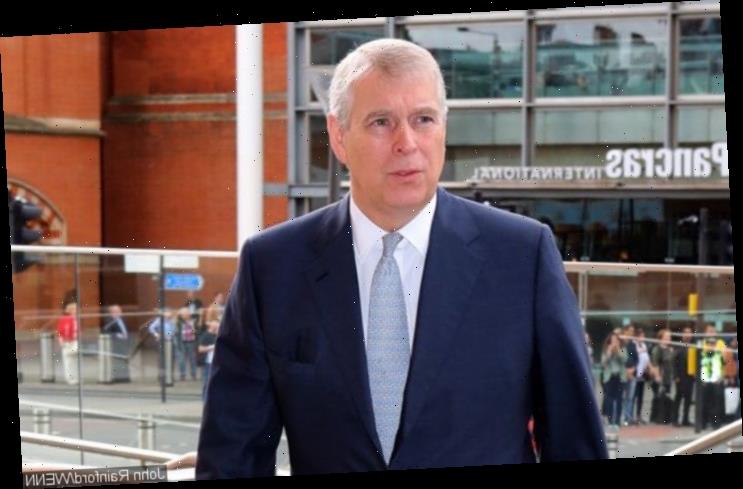 The Duke of York has reportedly been ordered to move his private office out of the palace after he conducted an interview in which he addressed his relationship with the late convicted sex offender.

AceShowbiz -Prince Andrew no longer has a place at Buckingham Palace due to his scandal over his ties to convicted sex offender Jeffrey Epstein. Following his interview with BBC in which he addressed his relationship with the late American financier, the disgraced British royal has reportedly been kicked out of the palace.

According to The Times of London, the Duke of York was ordered on Friday, November 22 to move his private office out of Buckingham Palace. The prince was reportedly told that he and his staff would have another location to do business, a move authorized by his mother, Queen Elizabeth II.

Addressing his move, a spokesperson for Buckingham Palace says that they are aware there are rumors of his resignation but they state, “The Duke will continue to work on Pitch and will look at how he takes this forward outside of his public duties, and outside of Buckingham Palace. We recognize there will be a period of time while this transition takes place.”

Just two days earlier, Andrew announced that he would step down from his royal duties, reasoning that the controversy regarding his relationship with Jeffrey Epstein caused distraction to the royal family’s work.

“It has become clear to me over the last few days that the circumstances relating to my former association with Jeffrey Epstein has become a major disruption to my family’s work and the valuable work going on in the many organisations and charities that I am proud to support,” he said in a statement on Wednesday. “Therefore, I have asked Her Majesty if I may step back from public duties for the foreseeable future, and she has given her permission.”

“I continue to unequivocally regret my ill-judged association with Jeffrey Epstein,” he continued. “His suicide has left many unanswered questions, particularly for his victims, and I deeply sympathise with everyone who has been affected and wants some form of closure. I can only hope that, in time, they will be able to rebuild their lives. Of course, I am willing to help any appropriate law enforcement agency with their investigations, if required.”

During the interview, Andrew denied allegations that he had sex with a 17-year-old girl obtained for him by his friend Jeffrey, who died of suicide while in jail in August. However, he only faced more backlash for his often incoherent denials and his apparent lack of compassion for Jeffrey’s victims.

In the aftermath of his interview, many charities and organizations have cut ties with the Duke of York, including the Royal Philharmonic Orchestra, of which Andrew was a patron. He also lost sponsors for [email protected], his initiative that works with entrepreneurs.