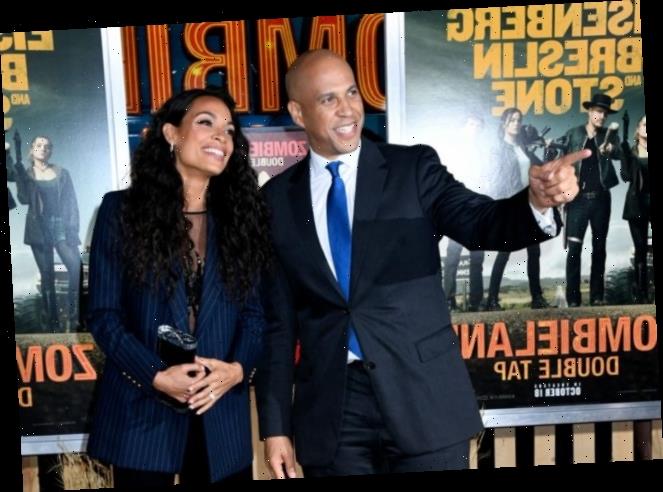 Cory Booker is opening up about his relationship with Rosario Dawson. The senator and presidential hopeful sat down for an in-depth interview about his romantic life and revealed that he is very “blessed” to have struck up a romance with the actress. With Booker hitting the campaign trail for the 2020 presidential election, Dawson is also serving as his main source of inspiration.

Booker opens up about Dawson

Cory Booker and Rosario Dawson met in the summer of 2018 and have been dating for a little over a year. No word yet on if Booker plans to tie the knot with the 40-year-old actress, but he is definitely happy with where things are headed.

In an interview with People,the senator opened up about all the things he loves about Dawson. Not only doesshe challenge him on a daily basis, but she also shares some of his politicalpassions and encourages him to be a better person.

“She challenges me every day. We’re a year or so into thisrelationship and dating her I learn every day, she expands me,” Bookershared. “She is sopassionate, she is active on social media and everything, and Ifeel blessed to be in a relationship with somebody that makes me better andchallenges me to be a better version of myself.”

Booker added that Dawson motivates him on the campaign trail andgives him pointers after his speeches and debates. With everything she has donefor him, Cory Booker hopes to keep Dawson in his life for good.

“She is brilliant. She is just good and she is a passionateLatina, but operating from there in such a powerful way. I want to keep her inmy life…” he stated.

Now that the presidential primaries are heating up, Booker coulduse help wherever he can get it. Fortunately, Dawson will be going withthroughout the campaign trail, which definitely gives him an edge over hiscompetitors.

Rosario Dawson dishes on her romance with Cory Booker

Booker is not the only one opening up about their love life.Dawson also recently shared some thoughts on her relationship with the senatorand pretty much echoed everything he said.

“For the first time, I feel like I have someone in thecenter of the storm with me,” Dawson added.

While the two are clearly in love for all the right reasons, theydid not feel a romantic spark when they first met last year. They crossed pathsat a political fundraiser, but their relationship really started a few monthslater.

In October of 2018, the two met again and chatted for hours on end. For Cory Booker, he had a difficult time asking for Dawson’s number. But she saw right past his shyness and their relationship quickly blossomed into something great.

Even Dawson’s family is falling hard for Booker. The actress’smother, Isabel Celeste, for example, could not be happier for her daughter tohave met such a hard-working and successful man like Booker.

Inside Booker and Dawson’s unlikely romance

Considering how Dawson and Booker have very busy schedules, theydo not always have the time to spend together.

Dawson, for instance, just got done filming her new show, Briarpatch, and has been appearing at more and more of Cory Booker’s political events. This includes an appearance at his Ohio debate, where he advocated for gun control and women’s rights.

While Booker does not spend his days filming, his campaign schedule is about as busy as it gets — and it is only going to get worse as we get closer to the Democratic primaries.

For now, the two are making things work on the campaign trail,where they get to spend time together whenever Booker isn’t in front of thecameras.

Will Rosario Dawson and Cory Booker tie the knot?

Although their romance is going great, Booker and Dawson have not revealed any plans to tie the knot in the near future.

Booker did tease that a wedding could be in the works, however, and that it might happen before the presidential election is over. He didn’t reveal any details, but he did say that something could happen between now and the start of 2021 (when the new president will be sworn into office).

The two have also reportedly talked about having kids, thoughnothing official on that front has been revealed.

Apart from her work in Hollywood, Dawson has built a career as apolitical activist and a designer. While she supports Booker’s goals in life,she wants to maintain her voice and knows that he does not need her affirmationto be successful.

There is no telling what the future holds for Cory Booker and Rosario Dawson, but they are definitely headed in the right direction.

Sagittarius horoscope – star sign dates, traits, and who are they most compatible with?