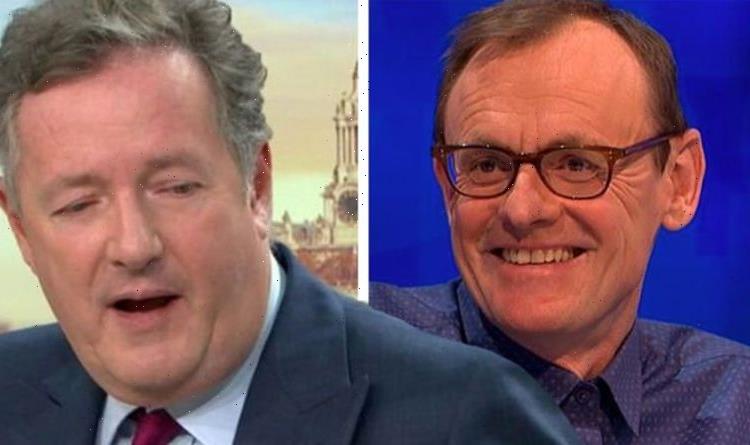 Piers Morgan, 56, was among those left shocked and upset by the news British comedian Sean Lock passed away at the age of 58 after battling cancer. Often referring to himself as the “mean comedian”, the former Good Morning Britain star found the perfect way to honour his memory, by sharing a scathing yet hilarious joke Sean had once told.

‘If I could have my ashes spread anywhere I wanted, I’d have them spread in Piers Morgan’s eyes’

Taking to his social media on Wednesday after the news was announced, Piers detailed the funny quote.

“‘If I could have my ashes spread anywhere I wanted, I’d have them spread in Piers Morgan’s eyes,'” he penned.

Many found the self-mocking tribute hilarious and touching; one that fit perfectly by honouring Sean’s great sense of humour.

But others thought Piers was making it all about himself, and blasted him online.

Taking to the comments section, one snapped: “And in true Piers Morgan fashion you’ve managed to make this one about you. RIP Sean Lock – a pillar of British comedy.”

Another agreed: “Oh look, making it about you again.”

“I was going to write that it always has to be about you. I see someone has already done that but still I’ll write it again,” a third sighed.

A fourth retorted: “Way to make this about you.. he didn’t say that because he likes you [bell] end.”

But others stood up for the presenter with one reasoning: “Don’t think he thinks he likes him for a minute it’s a great example of his brilliant humour mate.”

A second concurred: “I can’t stand Piers – but when people die people tell stories about them and anecdotes etc. If a comedian referenced me I’d tweet them as a compliment / recognition. Don’t be having a go at Piers for ‘making it about him.’ He’s not, it’s a normal behaviour.”

“People saying it’s weird of Piers to tweet this or making it about him, he’s actually highlighting Sean’s great humour and the great comedian he was – someone’s died stop trying to boost your own Twitter clout,” a third agreed.

A fourth believed the negative comments were people taking what was a tribute to a great man as an opportunity to bash Piers.

“People saying Piers making it about him when quite clearly they are just choosing to use this as an excuse to bash Piers,” they explained.

“It’s a hilarious dig by Sean (of which there are many) against Piers. Why on earth wouldn’t he share it? It’s funny.”

A fifth wrote: “When we talk about those we loved or knew we talk about the connection we had with them. Lovely post I think besides what others may think. Reading that quote I heard it in Sean’s voice. Not Piers. That means it was all about Sean, not Piers. Fly high Sean. Rip sir.”

On Wednesday morning, Sean’s agent Off The Kerb Productions said: “It is with great sadness that we have to announce the death of Sean Lock. He died at home from cancer, surrounded by his family.

“Sean was one of Britain’s finest comedians, his boundless creativity, lightning wit and the absurdist brilliance of his work, marked him out as a unique voice in British comedy.

“Sean was also a cherished husband and father to three children. Sean will be sorely missed by all that knew him. We kindly request that the privacy of his family and children is respected at this difficult time.”