This Morning host Phillip Schofield warned his co-star Phil Vickery to keep his distance in an off-camera moment today. The 58-year-old presenter took to Instagram following a cooking segment on the ITV show and informed the television chef “don’t get too close” as he tried to stop him from “nicking” a piece of ham.

In the behind-the-scenes clip, which he shared with his 3.2 million followers, Phillip could be seen talking to the camera before trying his luck with Phil.

He filmed the cookery expert trying to protect his dish, which the presenter revealed was cooked ham in lime marmalade.

“Have you got your shot?” Phillip asked the crew before asking the chef if he could sample the food.

“No!” the chef answered back. 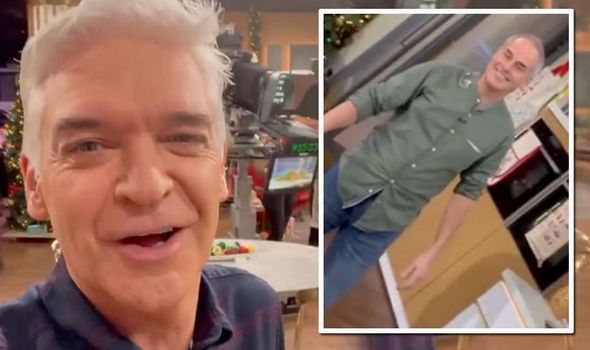 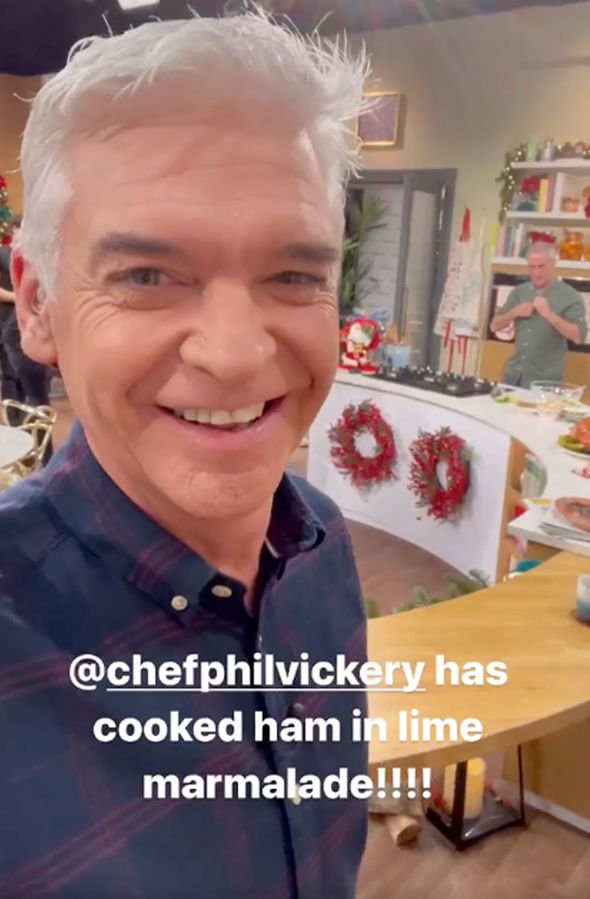 “Just a little bit off the back,” the father-of-two continued.

Moving in a little bit closer to the food, Phil urged him to use a knife instead of his hands, before the Dancing On Ice host used the social distancing rules to his advantage and told him to keep away.

“No, don’t get too close, we can’t get close. Back off!” Phillip said.

“Don’t do that,” Phil continued in vain, as the host tucked into the dish. 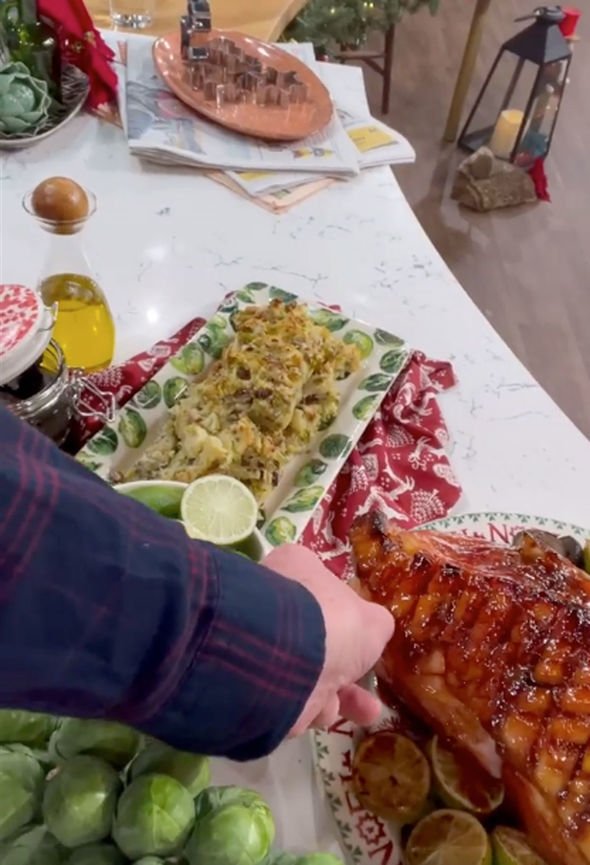 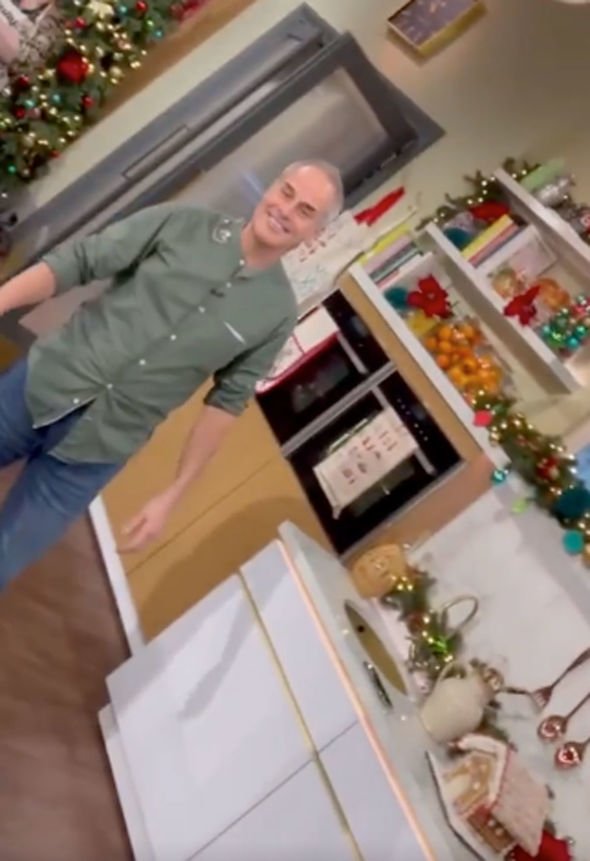 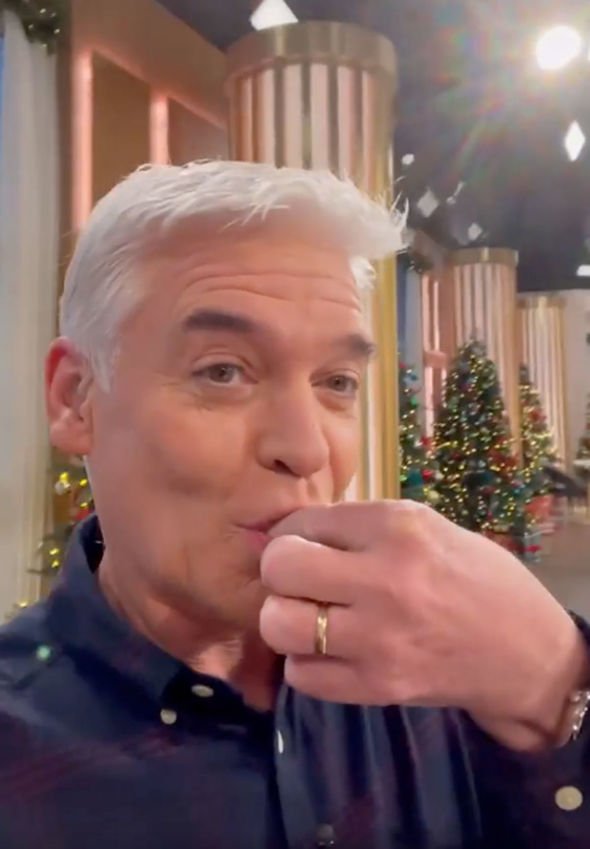 “I can actually cause you can’t get too close,” a cheeky Phillip replied.

Holding the food in his hands, he joyfully announced that it was too late to stop him: “I have!

“They’ve got the finished dish shot. Look I’ve done it… What?! I sanitised my hands before.

“Absolutely f**king gorgeous,” he added while tucking into the food.