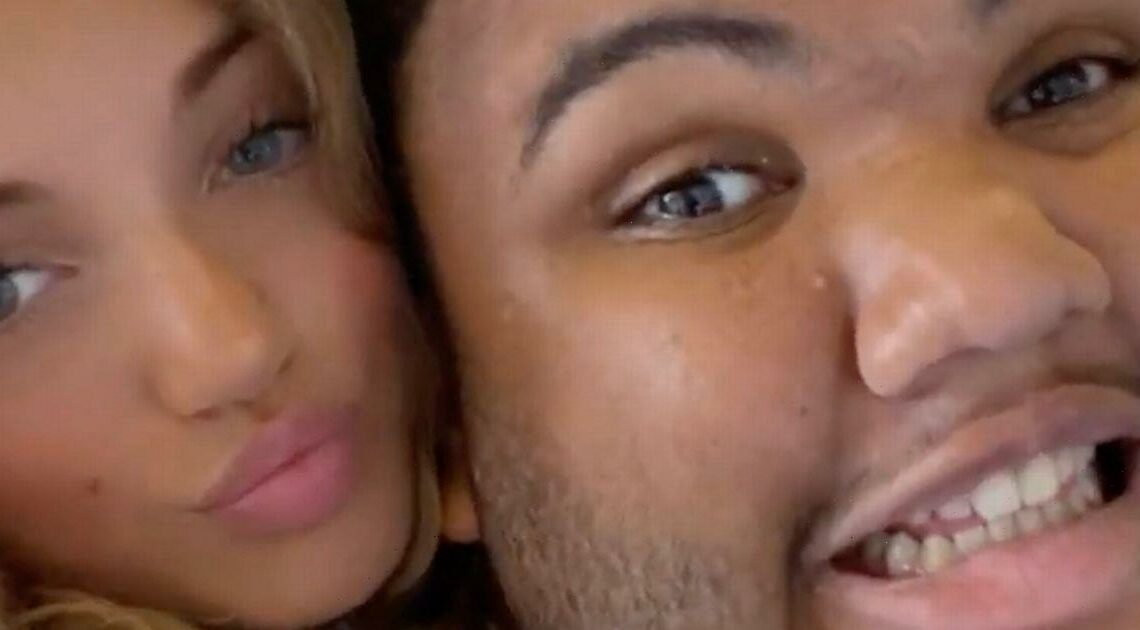 Peter Andre’s daughter, Princess Andre has made time to show just how special her relationship with brother Harvey Price in a new sweet clip on her Instagram.

Daughter to Peter, 48, and Katie Price, 43, Princess, 14, posted a video for her followers of herself and Harvey in the back of Carl Woods’ car.

In a follow up post she put up a selfie of the pair with Harvey smiling where she again tagged Harvey’s account and wrote: “I love you,” with a heart emoji.

Princess, Harvey and their mother Katie had gone to a pampering session at a nail salon when Princess shared the images of the pair.

Katie had Harvey with ex footballer Dwight Yorke and the 19 year old has septo-optic dysplasia, Prader-Willi syndrome and is on the autistic spectrum.

Princess has recently gained a music scholarship, with father Peter proudly speaking to OK! magazine about the news.

He said: "She’s worked really hard and now that she’s got a music scholarship at her school for next year she’ll thrive.

Peter often likes to share videos of his children performing, with a recent video featuring Princess singing Leonard Cohen’s Hallelujah getting invaded by Peter himself.

Captioning the video: “when dad’s cooking and she hits the big note…” Peter can be seen finding it impossible to not join in with his daughter’s performance.

Jumping in to add to the harmony, Princess quickly gets emotional and rushes to turn off the camera.

Peter also shared a video of Princess’ talent as she sang along to the Bruno Mars song When I Was Your Man, stating how much he was blown away by her voice.

Princess also has an older brother, Junior, who recently opened up about his goals for the year.

He said on instagram: “When I’m 16 I hopefully will have a glow up.

“I want to get my two ears pierced. I’m not sure I would suit just one and I don’t know which is the right one. When I’m older I want a neck tattoo as well – a big neck tattoo but on my face.

“I don’t think I’d suit a sleeve you know, I dunno, but I’m thinking about a neck tattoo.”