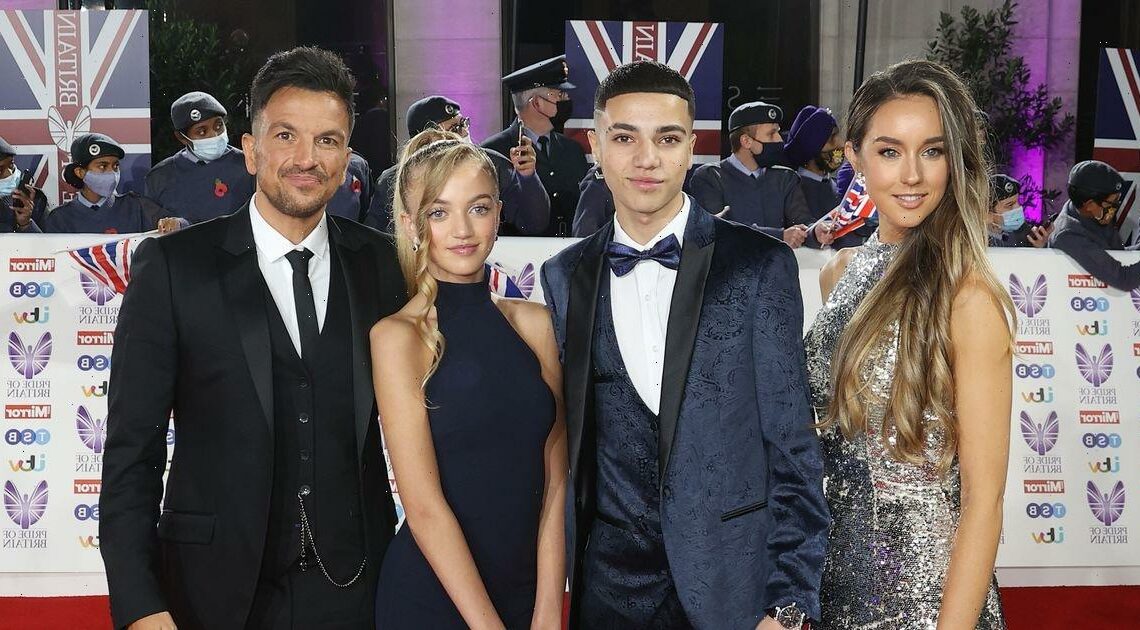 Peter Andre has revealed that he’s moving back to Australia with his wife Emily MacDonagh, 33, and their children.

Peter, who was born in London but moved to Sydney at the age of six, wants to move back to the sunny country by the end of the year.

The singer is proud dad to four children: Junior, 17, and Princess, 15 – whom he shares with ex wife Katie Price – as well as eight year old Amelia, and Theo, five, with Emily.

With his kids in mind, Peter, 49, admitted that moving will be “tricky” due to their schools.

"If it all goes to plan, it'll be December and we'll all be going to Oz as a family," Peter said in his column for new! magazine.

He went on: "We want to get out there as soon as we can and stay for as long as possible, but it's tricky with the kids' school.

“They have different timings, which makes it complicated.”

Peter has previously discussed the hardships of his children all being at different schools.

“It’s quite full-on having Millie and Theo at one school, Princess at another and then Junior somewhere else,” he told us.

“Emily’s the more organised out of the two of us. She’s the one asking if they need anything for school as sometimes I completely forget! Hey, no parent is perfect.”

Peter’s plans come after he was reunited with his family in Australia earlier this year after a difficult two years apart due to the pandemic.

He wrote in his column at the time: “I was so happy to hear that Australia is opening its borders to double vaccinated travellers from 21 February.

"When I heard the news I couldn't believe it and I kept rechecking all the articles, as it didn't seem real.”

Peter’s sister and his family still reside in Australia. He moved back to the UK in the 1990s in a bid to pursue his singing career.

It’s unclear why the dad-of-four wants to move back to where he grew up, but it could be down to his mother’s declining health.

“Mum’s struggling at the moment, though. She’s not doing great. She’s suffering a bit and declining,” he shared earlier this month.

“I was with her a few months ago. We’ve just got to be with her as much as possible. It’s just age. She’s got all sorts of things going on now.”