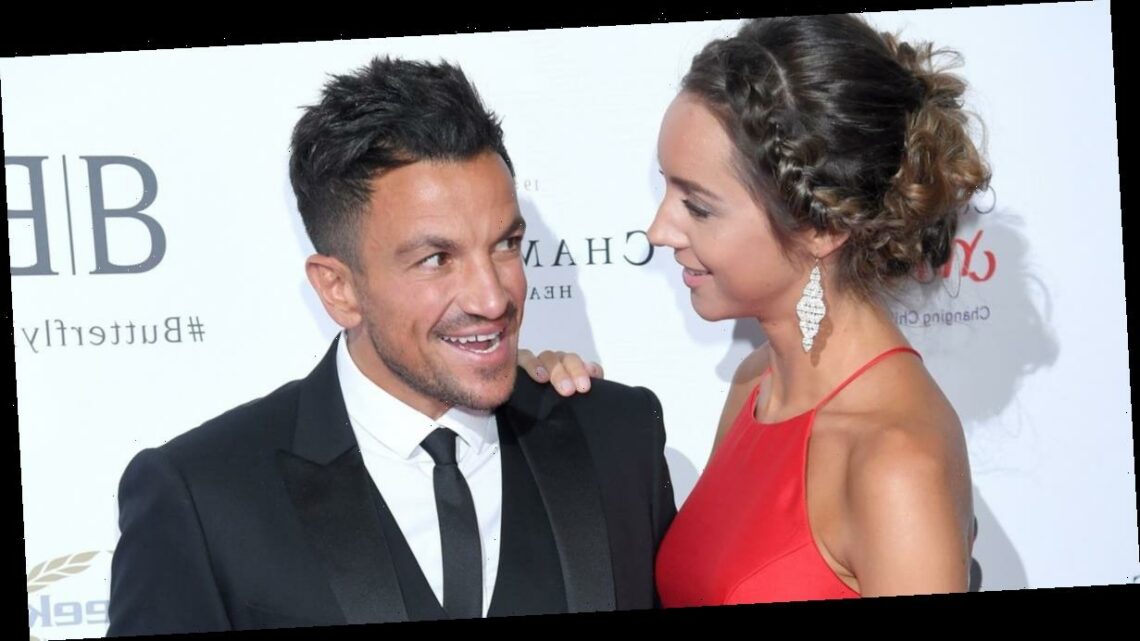 Peter Andre has joked about his hunky gardener while calling him “every husband’s nightmare” in the latest instalment of Life with the Andres.

The 47 year Mysterious Girl singer playfully poked fun at the family gardener, whose name is Dan, while he worked up a sweat in the garden.

In the YouTube series, Peter, who recently defended dance group Diversity’s controversial routine, holds up his son Theo beside Dan the gardener, joking whether he’s his.

Get exclusive celebrity stories and fabulous photoshoots straight to your inbox with OK!'s daily newsletter . You can sign up at the top of the page.

Peter says: “This is what you've got to worry about, when your gardener's as handsome as this bloke.

"It's every husband's nightmare, isn't it?"

The star appears alongside his wife Emily in the series, which traces his life as well as his children’s, Junior, 15 and Princess, 13, who he shares with ex Katie Price, and Amelia, six, and Theo, three.

Peter’s quip comes after his wife Emily recently opened up on having a third child with her famous husband.

Emily, 31, revealed to OK! why she doesn't want to have a baby with Peter in the current climate in her weekly column.

"I’ve spoken to a lot of people who are pregnant or have given birth during this time and they’ve told me it’s a really different experience because of who can come with them to appointments or even when they’re in labour," she explained.

"It slightly puts me off having a baby during this time, because the scans and other aspects are such precious moments that are lovely to share with someone else."

The children seem to be more eager for them to expand the brood however, with Emily previously telling us, "Pete has said Princess really wants us to have another baby, and I think Millie would also say yes to another sibling, too.

“At the moment, I’m happy with the way things are and am in no rush for another baby. Whenever I think it’s a good idea I just remember how far we’ve come and how lovely things are with the kids now."

"We’re just at the stage where we can do really fun things with them and have quality time together without worrying about a changing bag or nappies.

"However, I have said that when Theo goes to school next year I may have a change of heart."

Peter's son Junior, however, is less excited at the prospect of being a big brother again.

Peter wrote in his new magazine column: "He says he doesn't want to be 17 with a baby that's just been born – he doesn't there to be that much of an age difference. But how does he think I'll feel? There will be 47 years in the difference."

Adding to your family is a big decision and Pete confessed that he and Emily keep "changing their minds every five minutes" on when would be a good time.

Peter explained that when he's "up for it", his beloved wife doesn't feel the same way, and when she does, Peter isn't so sure.