Three past winners in the category meet three first-time nominees in an interesting showdown that does not include an opportunity for last year’s winner, Jeremy Strong, to repeat, since his series Succession was delayed by Covid. This means that acting winners from other recent Emmy seasons do have a chance to come back and repeat, but only two of those are still in the same roles that won them the Emmy —  Sterling K. Brown (who just won yet another Emmy for another project over the weekend at Creative Arts) in This Is Us, and Billy Porter in Pose, the latter with his final chance to repeat for that landmark series. Matthew Rhys, who eventually won for The Americans in its final season, is back for the first go-round of Perry Mason. The interesting thing tying all the newcomers — Jonathan Majors, Josh O’Connor and Regé-Jean Page — is that, for various reasons, they all have a one-and-only chance to win. Here is the rundown of the nominees and scroll down for the predicted winner, as well as analysis of the Supporting Actor in a Drama Series race and the predicted winner there.

Sterling K. Brown, This Is Us

A perennial nominee in this category, Brown has been nominated in all five seasons of This is Us, having won the trophy in 2017, which followed his win in the Limited Series category the previous year for The People v. O.J. Simpson: American Crime Story. It’s exceedingly rare for an actor to come back to the winners’ circle for the same role with such big a gap between victories — Emmy voters tend to drift toward shiny new objects. But he’s well-liked and is the only nominee here with a second chance this year, since he was also nominated for his role as Narrator in Lincoln: Divided We Stand, and actually notched the win there. 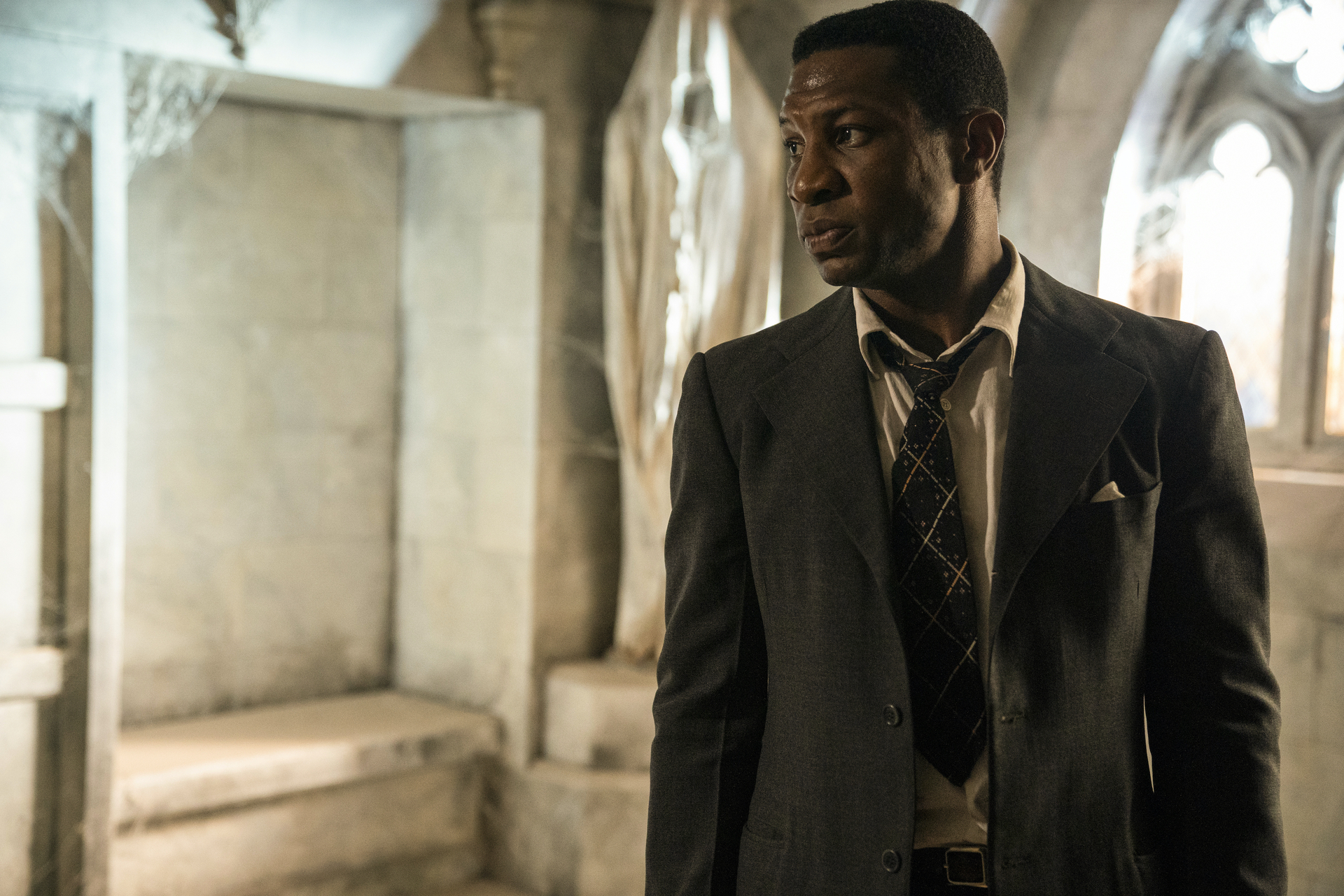 With his first Emmy nomination, Jonathan Majors had a juicy role in the genre-spanning HBO series that gave him plenty to do in episodes that moved from horror to fantasy to science fiction and beyond. Unfortunately, HBO canceled the series shortly after the Emmy nominations were announced, so this is Majors’ only opportunity to win for this role — which could be a plus or a minus, depending on how voters perceive it. 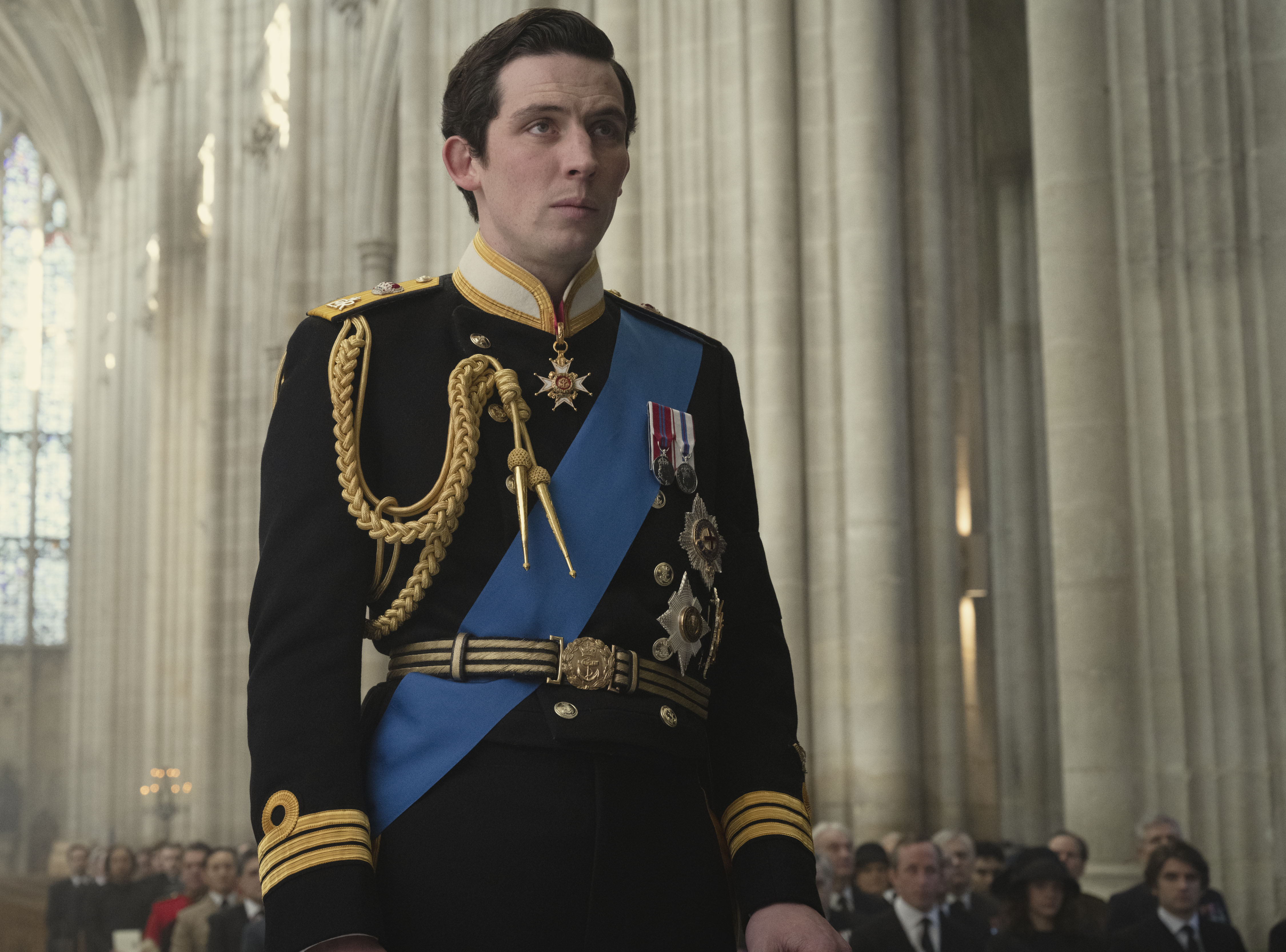 Like Majors, O’Connor — who brilliantly played Prince Charles and has already been honored with some precursor prizes for it — does not have a chance to come back next year should he lose, since the role of king-in-waiting will be going to another actor as the character ages in the ongoing series. Since this season focused heavily on the wedding woes of Charles and his wife Diana, it seems like this is his time, especially if the series shows signs of sweeping. 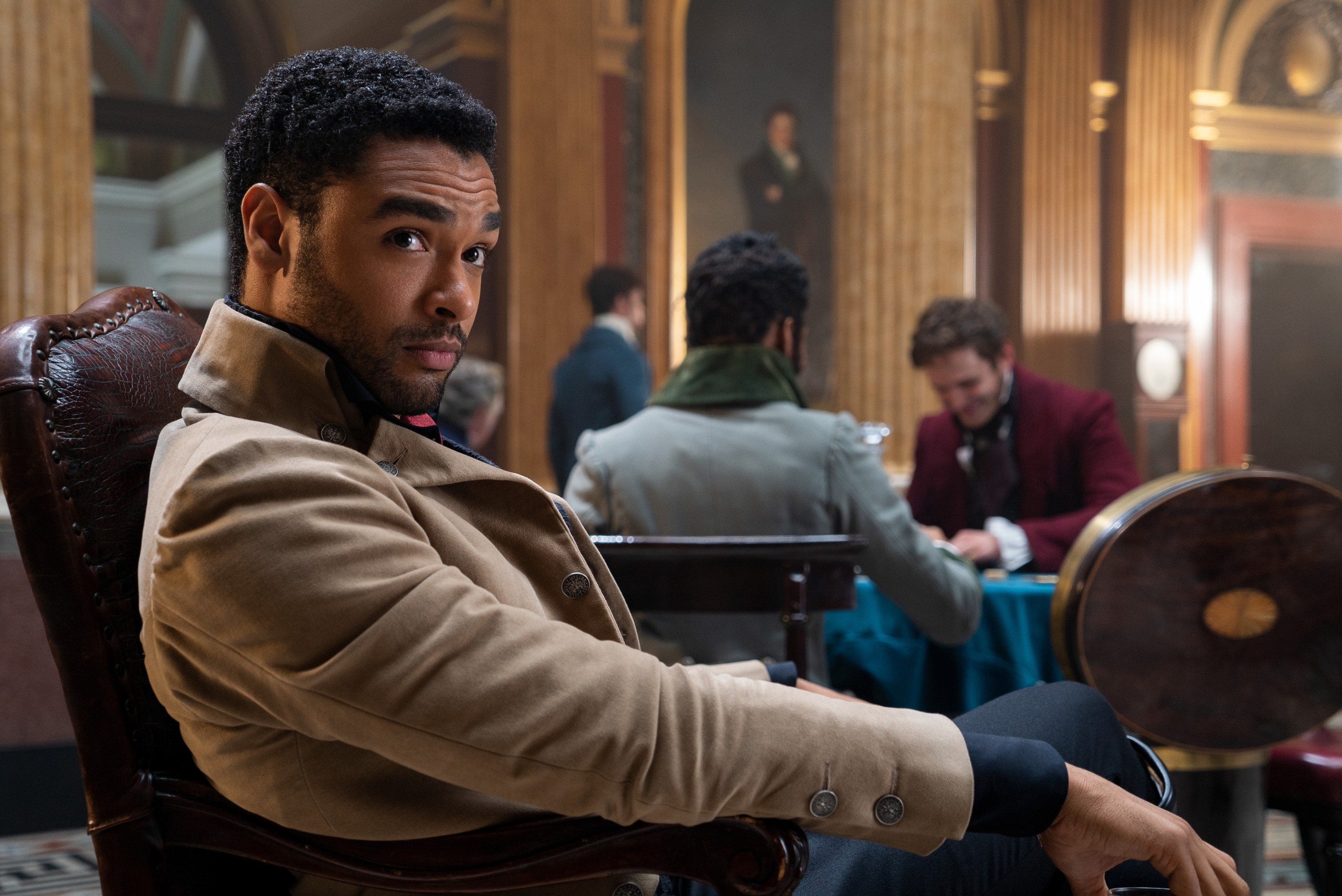 A certified breakout star in another Netflix smash hit, Page became the most talked-about star of the season, even to the point of hosting Saturday Night Live (a gig that did not win him a Guest Actor nod, sadly). It was, however, just one memorable season for Page — in and out, as it were — as Bridgerton moves on to other stories and other stars. No matter what happens Emmy-wise, it turned out to be a hell of an audition for the role of James Bond. 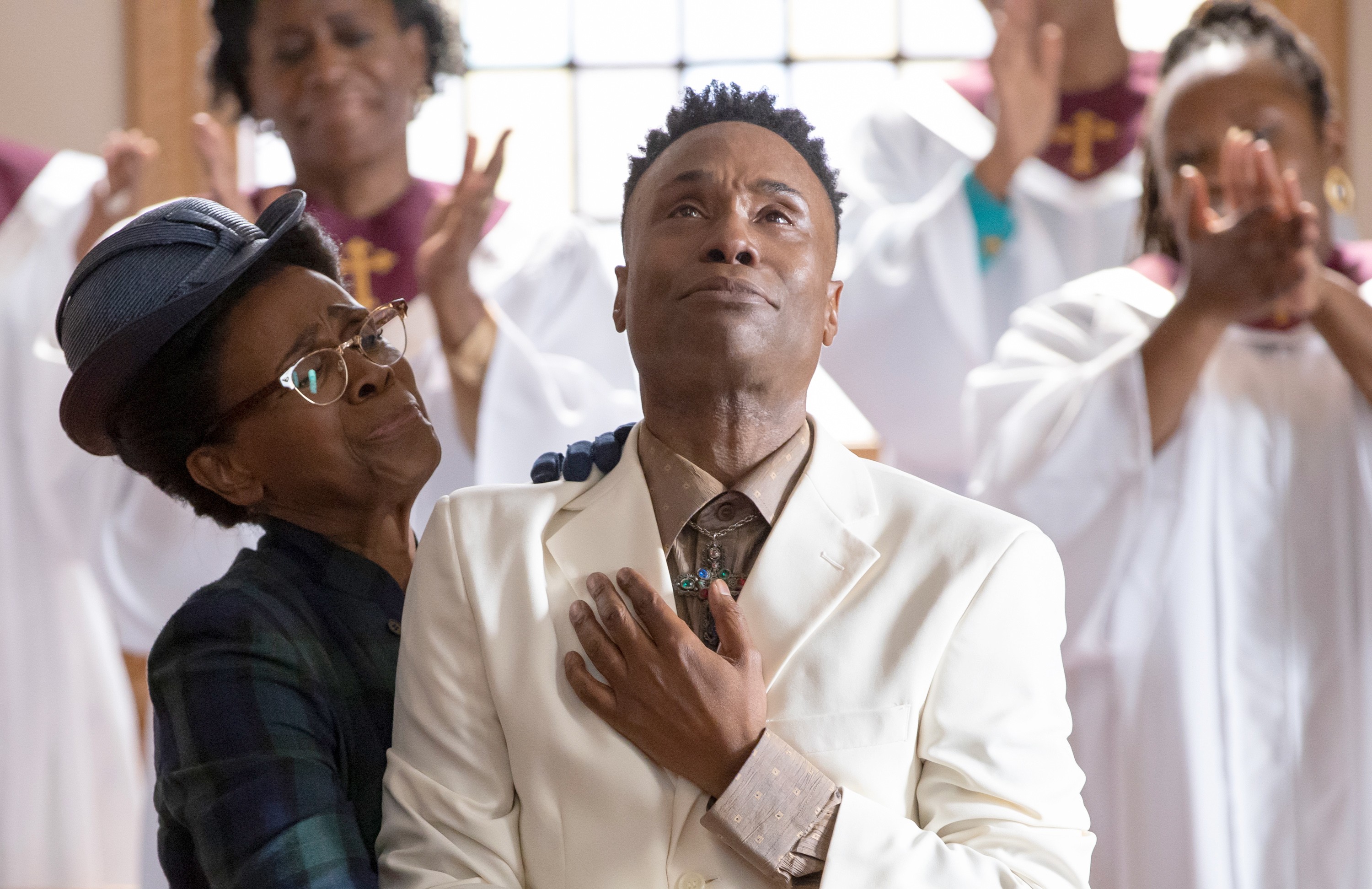 Porter won this prize in an enormously popular moment on the Emmys two years ago. It was a history-making win, but he did not repeat in the second season — likely because voters felt he’d had his due. A smart campaign this year, noting the historic nature of the show as it leaves the air, just might reignite his chances and bring him back as a formidable contender if voters respond to the moment. However, co-star Mj Rodriguez has a more compelling narrative this time round, and they may honor her instead. Or Both. Or neither. 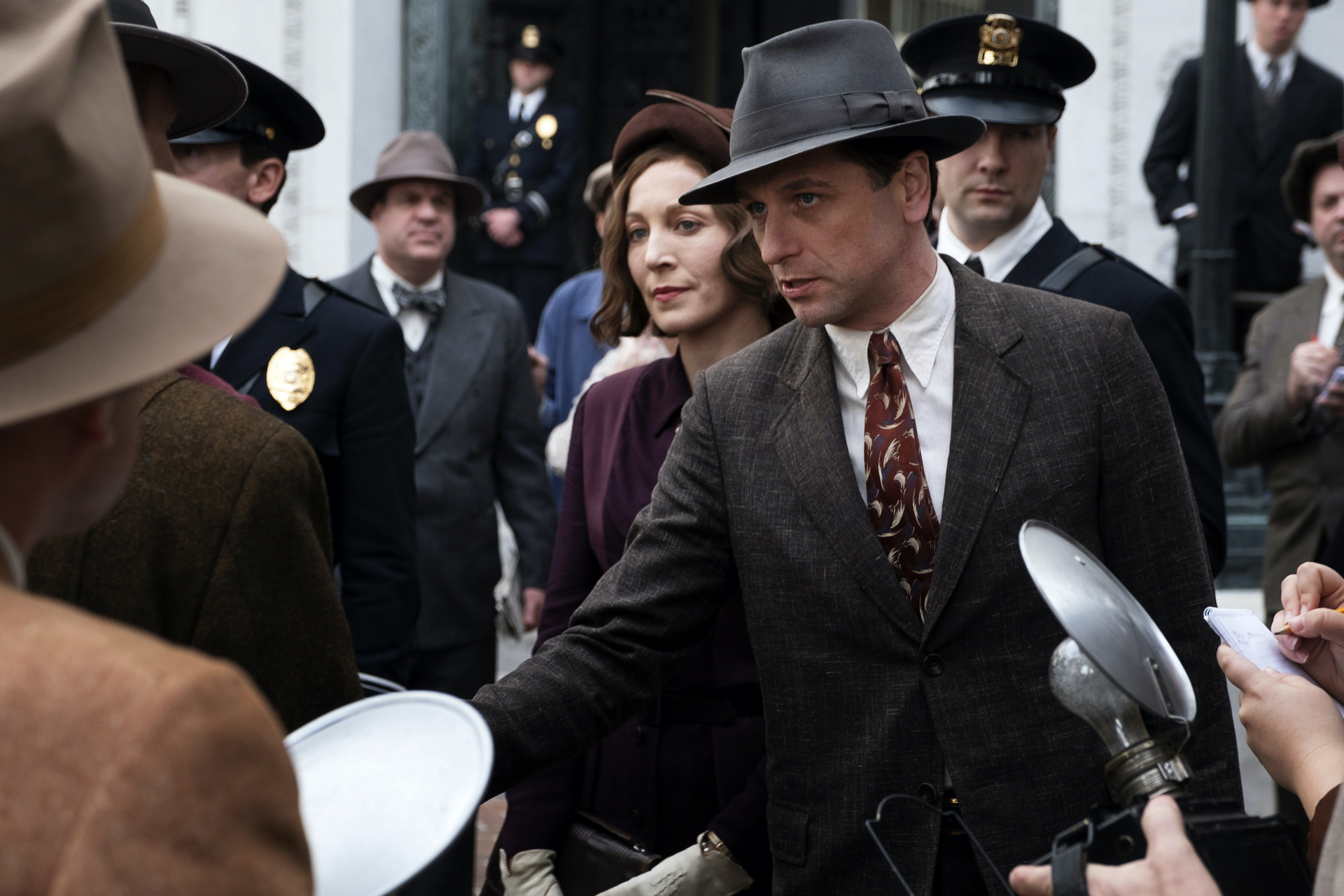 Raymond Burr won the Emmy as Mason in this category on his very first nomination in 1959, and was subsequently nominated twice more for it. Can Rhys find that same Mason magic and match Burr’s form as the titular TV lawyer? It may help that, unlike Burr, Rhys also gets to do his best Bogart imitation in this origin story, which sees Perry starting out as a ’30s-era P.I. It’s irresistible stuff, and could bode well for a win, even if Rhys is the only one of the six nominees here not in a series also nominated for Best Drama.

OUTSTANDING ACTOR IN A SUPPORTING ROLE IN A DRAMA SERIES

There are a whopping eight nominees in this category. Three belong to The Handmaid’s Tale’s Bradley Whitford, Max Minghella and O-T Fagbenle — so, assuming they cancel themselves out, we have five intriguing choices. These include perennial loser Giancarlo Esposito, up this time for The Mandalorian; perennial winner John Lithgow (six times on 13 nominations) for a four episode role on Perry Mason; Tobias Menzies, looking to be part of a sweep for The Crown; Chris Sullivan, singled out once again for This Is Us; and the late Michael K. Williams as the conflicted father in the canceled Lovecraft Country. Voting had already closed before the tragic death of Williams over Labor Day weekend, so should he win, it was already decided.

With this many nominees, it is sometimes smart to look to those in a show that is widely seen and admired, and this year that could be The Crown — which means that Menzies’ performance as Prince Philip might well be the ticket, especially in the year that the 99-year-old Prince died. If he wasn’t competing with his co-stars, I would probably be more decisive in settling for Max Minghella in The Handmaid’s Tale. But even before his death, Williams was considered a front runner. The win over the weekend for Courtney B. Vance as Guest Actor in a Drama Series for Lovecraft already indicates the actors branch admires this series, and that could also be a factor in Williams’ favor. This year’s category is a tough nut to crack, but it is likely to wind up being an unplanned posthumous farewell for a great five-time Emmy nominated star. 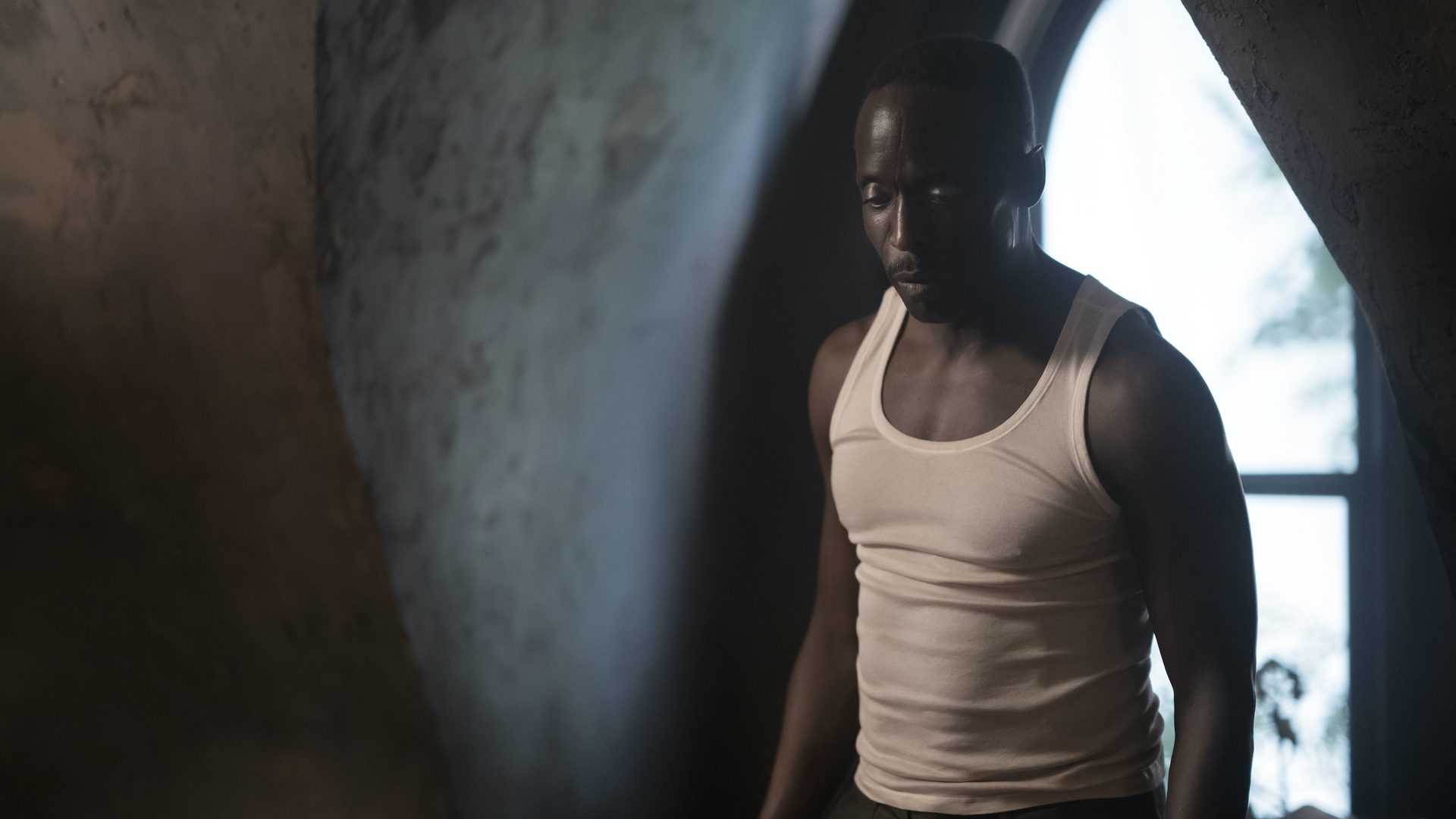