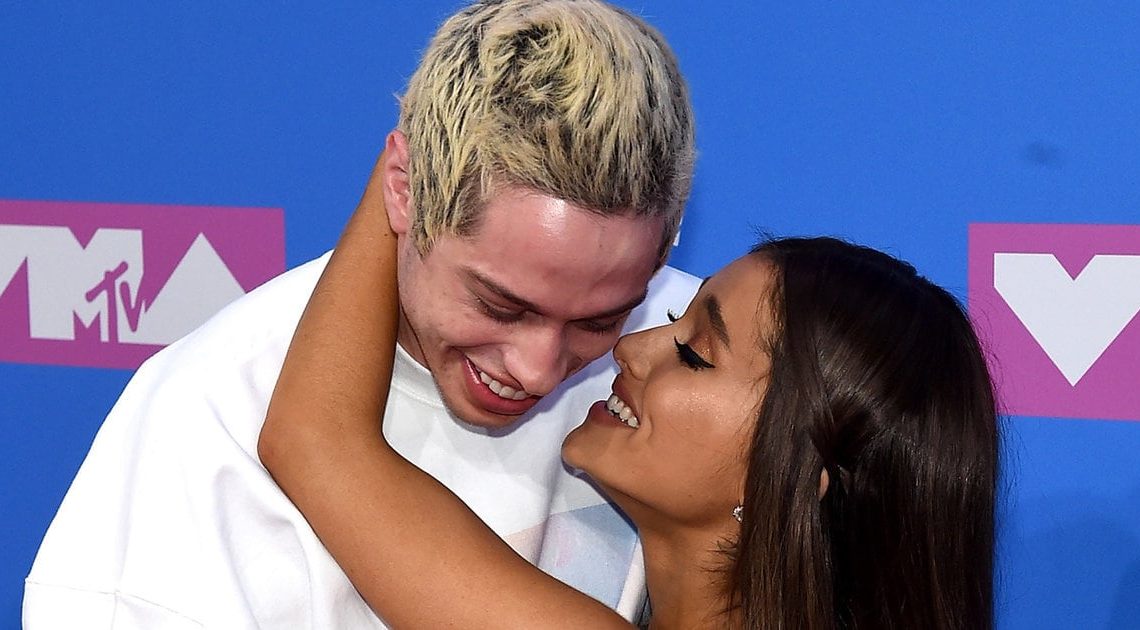 If you still had any unanswered questions about the intimate details of Pete Davidson and Ariana Grande’s relationship, fear not as the SNL star got very candid during an interview on Howard Stern’s SiriusXM radio show.

"I get it. I was jerking off to her before I met her! I’ve been there," Davidson told Stern during their lengthy Monday morning chat. "I’ve been in the other shoes. Who knew I was practicing this whole time [for our relationship.]?"

"Any time we’re intimate I’m always apologizing and saying thank you. ‘You’re awesome for doing this, thank you so much.’ I’m so grateful that she touches me," he said about their intimate moments.

Stern asked Davidson about the rumors that he’s packing heat, after Grande alluded to Davidson’s "10 inches."

"I think she’s just tiny," Davidson explained. "I think I have an average sized penis and she’s tiny. Everything’s big to her."

Throughout the interview, the "Saturday Night Live" star continued to gush about the "Breathin" singer.

While Davidson is living his dream he gets his fair share of hate from overzealous fans of Grande.

"I got a death threat," Davidson told Stern. "Someone wanted to shoot me in the face because she’s so hot. You know how insane that is? It’s like, ‘Am I that ugly that people wanna shoot me in the face?’ They’re like, ‘F–k that guy. Like what did I do?’"

"I don’t f–king care, it makes me feel weird about myself," he said. "It’s just like, well, what did you expect? Whenever I think of something, or whenever I post something I like and then people just shit all over it, you’re asking for it… If you want to find bad stuff about yourself you can very easily [online.] I want to beat everybody up, but I can’t."

Although we all know the story by now, Davidson recalled how the couple first met when Grande guest hosted "Saturday Night Live" in 2016.

"When she left [the meeting] I was like, what a f–king idiot I am," he recalled. "I was just staring at her and my boy Dave who worked there at the time was just looking at me like, ‘What the f–k is this thing?’ Like a robot."

In Grande’s version of events, it was during that same meeting that she knew she was going to marry Davidson someday.

As for the couple getting together, Davidson explained it’s all thanks go to Grande’s manager, Scooter Braun. At the time, Grande and Davidson had both recently gone through breakups with Mac Miller and Cazzie David, respectively.

"With you, the shit can come on fierce," Stern replied, referencing Davidson’s public diagnosis with borderline personality disorder. "You think that’s part of your disorder? That everything just feels like the world is spinning?"

"Everything feels so extreme, dude," Davidson said regarding his diagnosis. "Like it’s the most extreme or the least extreme."

Stern asked Davidson if he was "worried" about his "extreme moods" due to his disorder possibly destroying relationships.

The interview ended with a very dark attempt at humor. Davidson said his technique for trying not to get too excited during sex with Grande was to think about his father, who died in 9/11, getting burned alive.

"I just think of my dad seeing that fire coming towards him," he said, taking a stab at some very twisted humor.

No feud: Porte and Woods clear the air after Tour drama