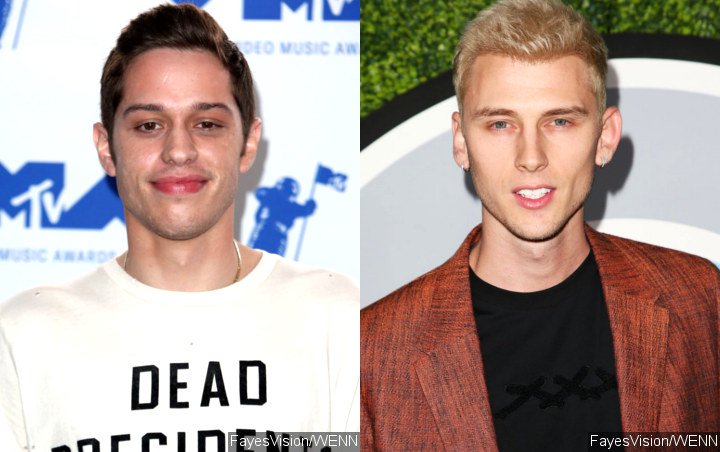 Pete Davidson Is Having ‘Weird Times’ Post-Suicidal Note, According to Machine Gun Kelly

AceShowbiz –Machine Gun Kelly has spoken up about his friend Pete Davidson‘s condition after he rushed to New York City to be by his side over the weekend. While fans of the comedian hope that everything is all right following his alarming Instagram post, the blonde rapper suggests that things are far from going back to normal right now.

Kelly was leaving Build Series recording studio on Monday, December 17 when TMZ caught up with him. The “Rap Devil” hitmaker initially didn’t want to say anything about his “Big Time Adolescence” co-star, but eventually gave in as reporters kept pestering him with the question. “It’s weird time for him, man,” he said before leaving for good.

After Pete posted what appeared to be a suicidal message on Instagram over the weekend, Kelly rushed to NYC to meet up with the funnyman and make sure that he’s fine. According to an eyewitness, Pete joined Kelly as well as two other women in a black SUV after he finished taping “Saturday Night Live“. He was caught on camera giving Kelly a friendly hug outside the Four Seasons hotel before going on his way.

While Pete welcomed Kelly’s support with open arms, things weren’t the same for Ariana Grande, who also rushed to the comedy show’s studio at 30 Rockefeller Plaza after learning about the message. “I’m downstairs and I’m not going anywhere if you need anyone or anything,” the singer wrote in a now-deleted tweet. “I know u have everyone u need and that’s not me, but I’m here too.”

Despite her attempt to help him, Pete allegedly didn’t want to meet his ex-fiancee at all. Sources told TMZ that he alerted his security to stop Ariana when she arrived at the building. “He didn’t want to talk to her and made it clear,” another source explained to E! News. “She has been worried sick, but doesn’t know what else she can do.”