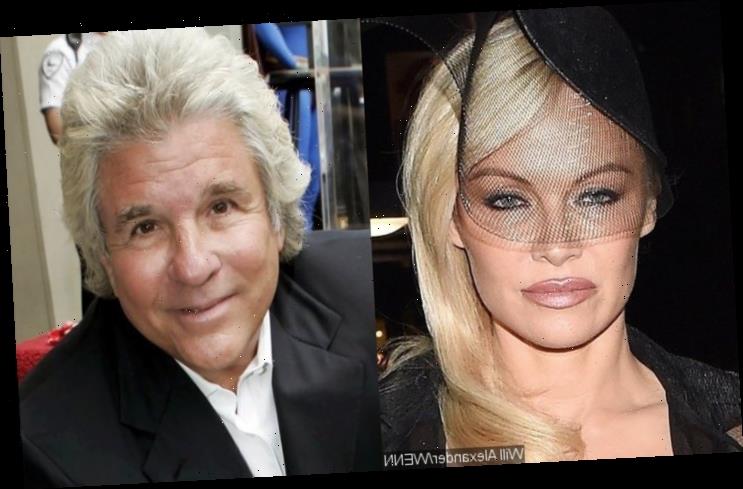 The ‘A Star Is Born’ producer reportedly let the former ‘Baywatch’ actress know that their marriage is over by texting her, ‘This whole marriage thing … has scared me.’

AceShowbiz –Pamela Anderson‘s short-lived marriage was ended through a text message. Just one week after the former “Baywatch” star announced her separation from Jon Peters, reports came out that it was her husband for 12 days that initiated the surprise split.

Anderson and Peters allegedly spent only five days together before he sent her the breakup message. According to Us Weekly, the executive producer of “Man of Steel” began his text by gushing over their “beautiful amazing love fest”. He followed it up with a confession, “This whole marriage thing … has scared me.”

“It made me realize that at 74 I need a simple quiet life and not an international love affair,” the 74-year-old music mogul’s text allegedly read. “Therefore, I think the best thing we can do is that I’m going to go away for a couple of days and maybe you need to go back up to Canada we did it. The world knows we did it and I think now we need to go our own separate ways.”

Sharing his hope that the 52-year-old actress can forgive him, Peters noted that he still wants her to take part in his upcoming movie “Private Dancer“. He signed off his message with a statement that read, “I love you, Jon. I want to be in your life forever.” Us Weekly claimed that she replied by simply stating that she forgive him.

In related news, Anderson and Peters were never legally married. Since they split less than two weeks after secretly exchanging vows in Malibu, California, the couple have yet to file legal paperwork for their marriage, a source told PEOPLE.

On the sudden separation, the source additionally noted, “Although they have known each other for more than 30 years, they had never lived together. Living with someone, you truly get to know them. Pam’s a romantic, but she is also very independent.” The source added, “This all moved a bit fast, so they both agreed to put it off.”

Anderson and Peters tied the knot on January 20, more than 30 years after they first dated. Days later, the “Barb Wire” actress issued a statement, announcing their decision to end their marriage. “Life is a journey and love is a process,” she said. “With that universal truth in mind, we have mutually decided to put off the formalization of our marriage certificate and put our faith in the process.”