Home » Celebrities » Orlando Bloom's Butt Made a Cameo on Instagram 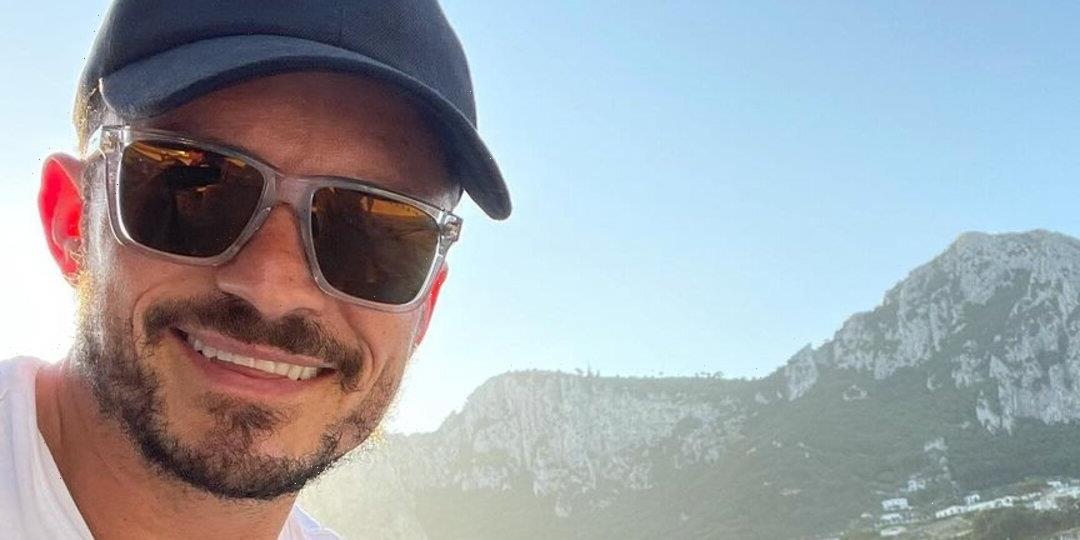 Orlando Bloom isn't shy about going nude when he's appreciating nature (let's not forget what happened on that paddleboard), so his latest Instagram post may not come as the biggest surprise to fans that follow his body … of work. Bloom's latest gallery shows him surrounded by green hills and clear waters — and he wasn't shy about stripping down, showing off his butt in one photo. He tagged his fiancée Katy Perry as the peach emoji keeping things from getting into rated-R territory, basically winking at all his followers and egging Perry on for some sort of cheeky response.

Bloom kept his caption simple, just adding three water-drop emoji to the photos in his post. People notes that he went for a swim at an "undisclosed location" and the gallery includes clips of Bloom performing a backstroke and splashing in the water before giving the lens a thumbs-up, bare buns out in the bright sunshine.

Perry left a comment, writing, "Babe, I leave you for two days."

Bloom and Perry got together in early 2016. Three years later got engaged on Valentine's Day and welcomed their first child in March 2020. Though the two keep their personal lives out of the headlines, they aren't shy about joking with one another on social media. Earlier this month, when Bloom posted a photo dump from a trip to Italy, he captioned it with lyrics from Dean Martin's "That's Amore."

"You forgot to tag my daddy," Perry joked in the comments section.