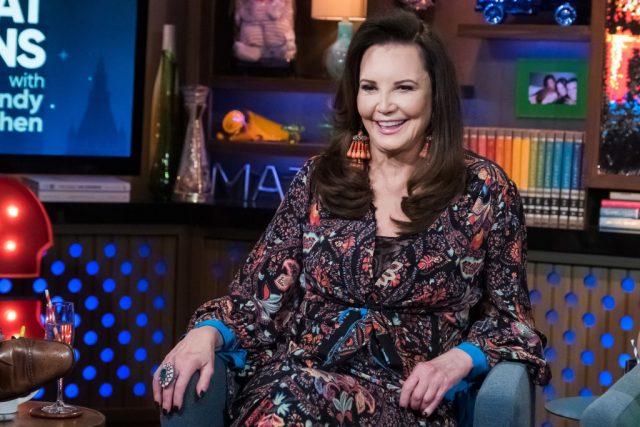 Southern Charm matriarch Patricia Altschul has sued her former co-star, K. Cooper Ray, for defamation because she believes he trashed her publicly to promote his Southern Charm tour business. But Ray doesn’t think he has done anything wrong, and he is asking the court to toss the lawsuit.

According to The Blast, Altschul sued Ray earlier this yearand accused him of waging a public campaign that was a “consistent and extendedcourse of attacking and maligning” her in interviews, public comments, andsocial media activity.

In one of his tweets, Ray wrote thatAltschul “seemed so lit I don’t think she recognized me. Sigh.” But, he doesn’tsee anything wrong with that. And maybe if that’s all he had said, Altschulwould have let it slide. She says Ray has gone above and beyond to harm herreputation.

He has publicly called her a“cheater and liar,” accused her of having substance abuse issues, and claimsthat Patricia Altschul didn’t write her cookbook. She says these claims havecaused her a lot of emotional damage, so she filed a lawsuit for unspecifieddamages and has also requested an injunction against her former co-star fromtrashing her in public.

Ray is requesting that the courtdismiss the case.

Unless you jumped on the Southern Charm bandwagon during thefirst three seasons, you probably don’t know anything about K. Cooper Ray.  He was a friend of the show during Seasons 1through 3 but never made it to full-time status.

He says that Southern Charm and Altschul cut ties with him because he wasfriends with Kathryn Dennis and because he did his own aftershow on Snapchatduring Season 3.

Ray claimed that Patricia Altschulsaid to him, “We are not gonna associate with Kathryn Dennis, and if you do, wewon’t associate with you.” Ray says that he replied, “Patricia, I have noreason to not speak to Kathryn.”

PatriciaAltschul and Kathryn Dennis were estranged for years

Altschul admits that she and Denniswere estranged during the first five seasons of the show. However, afterwatching Dennis grow up and get away from Thomas Ravenel, Altschul says thatthey have apologized to one another and made the transition from estrangementto friendship.

The two women say they have bondedover things that they both “despise,” as well as their shared love of shoes.

“We wear thesame size shoe, we love shoes,” says Dennis, with Altschul adding, “I have somethat I can’t wear, I’d love to see if you can wear them because they’reincredible. But I cannot walk in them.”

ThomasRavenel has dragged Patricia Altschul into his custody case

In addition to her lawsuit againstRay, Altschul has also found herself caught in the middle of Thomas Ravenel andKathryn Dennis’ custody battle over their two children, Kensie and Saint.Altschul wanted no part of it, but Ravenel had her subpoenaed, and the judgeagreed that she should be deposed, even though she fought hard to get out of itby filing a motion to avoid the deposition.

The judge also ordered Altschul toturn over all texts and emails between her, Kathryn Dennis, and Ravenel’s exLuzanne Otte that took place after April 1, 2018. Ravenel believes that Dennisand Otte colluded to accuse him of sexual assault, and he thinks Altschul canhelp him prove his claims.

Patricia Altschul doesn’t think shehas anything to offer the custody case, and she has no interest in lawyersquestioning her for hours over things that are “totally irrelevant.” But,Ravenel disagrees and is confident that Altschul’s testimony will help him keep50/50 custody of his children.