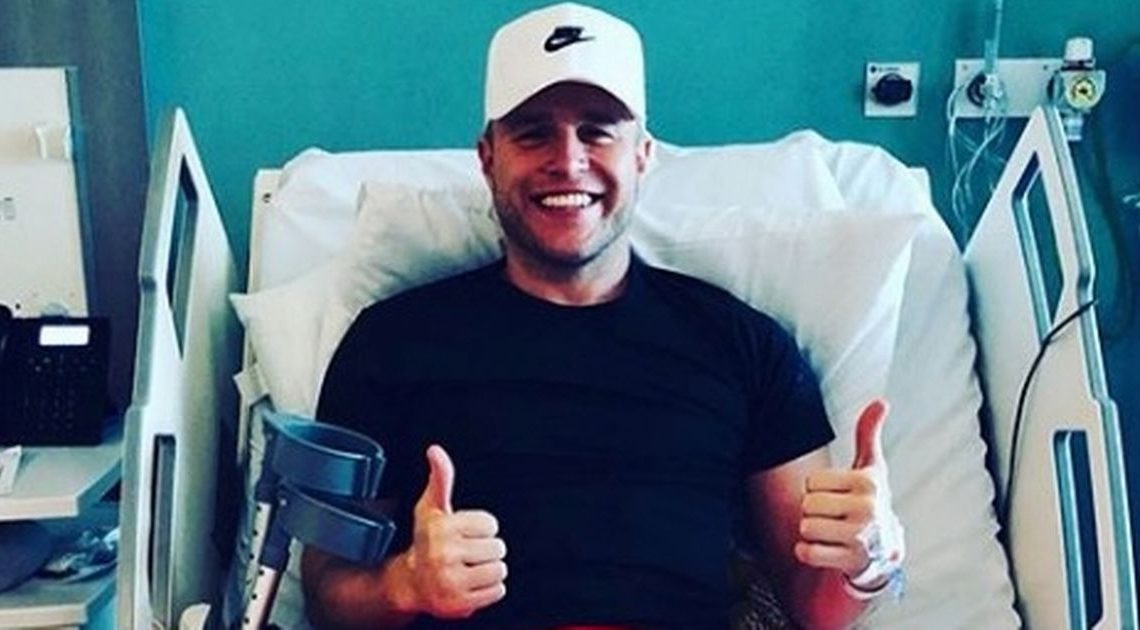 Olly Murs has told fans he's in recovery after undergoing a serious knee operation this week.

The Voice coach made the announcement as he laid up in his hospital bed with his left leg bandaged up and secured in a brace running from his thigh to his ankle.

Despite extensive surgery, Olly, 34, appeared to be in good spirits as he smiled for a picture and gave a double thumbs up.

He did however admit that he didn't know how he was going to cope with taking months off work to recuperate.

Taking to Instagram, Olly wrote: "Hey guys!! Quick update from me! I’m putting on a brave face for the gram but this week I’ve been recovering from serious knee surgery, something I’ve needed for sometime.

"I’m not quite sure how I’m going to cope sitting still like this for the next few months. It's going to kill me but it’s what’s needed.

"I’m also going to use this time as an opportunity to take myself off social media for a while – focus on my recovery and spend some time on myself, with friends and family. ‪Thanks for a super 2019! With the Voice Win and my Sell Out Arena Tour! Unreal moments! Loved it.. now it’s time for a rest. Enjoy the rest of your year you cheeky lot, don’t miss me too much. I’ll see you all soon," he promised.

He was immediately innundated with support from his showbiz pals.

The Voice Coach Olly had been linked to Love Island 2018 contestant Zara after they were rumoured to have been enjoying a string of cosy dates in Essex back in March.

They did little to deny the speculation as they both went on an Instagram liking spree – publicly 'favouriting' each others pictures.

However, despite the attention the alleged romance garnered, Zara.22, put an end to things as she deemed Olly 'too old' for her.

She complained in an interview with the Sun : "He’s a lot older than me though.